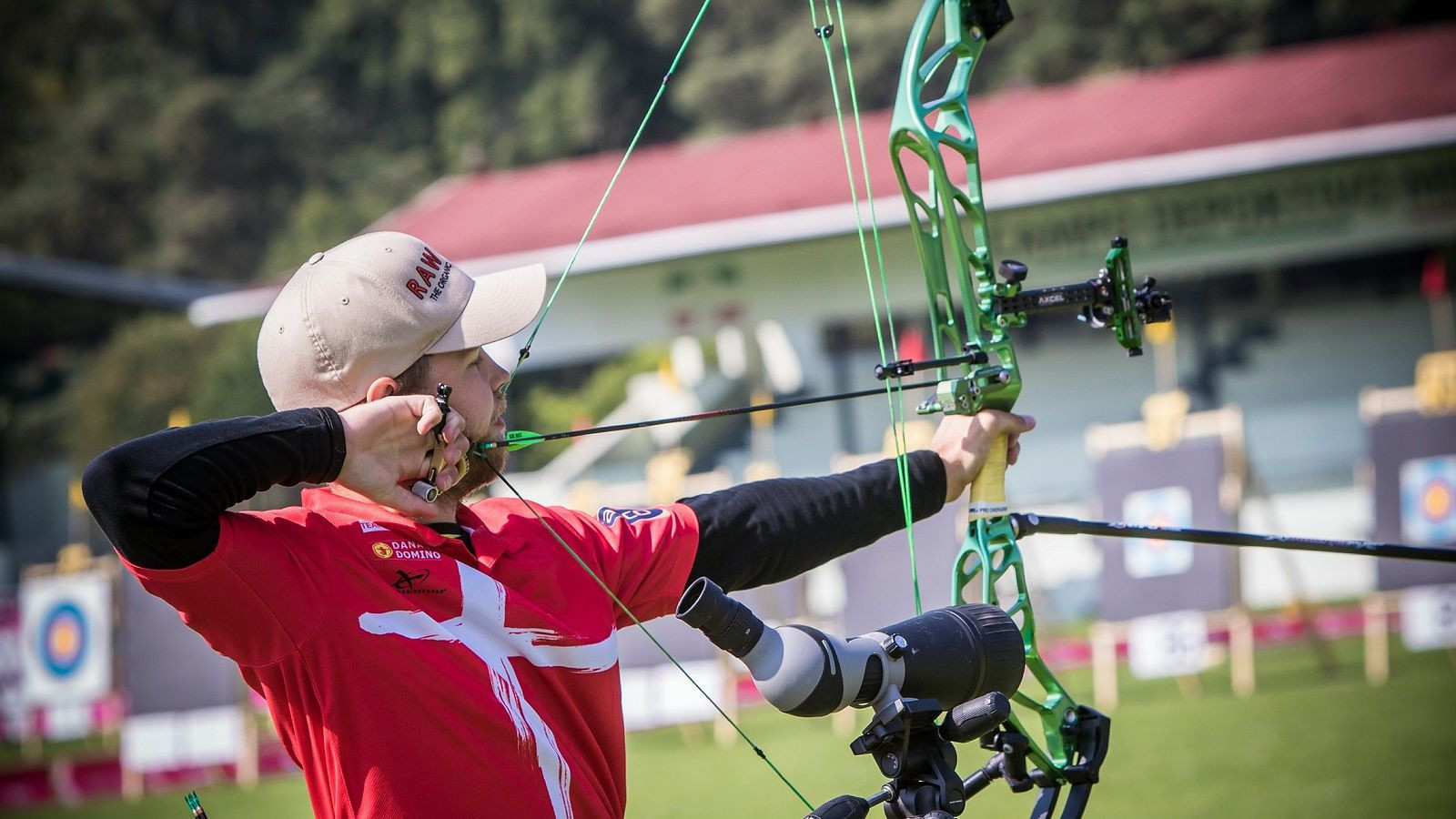 Denmark’s Stephan Hansen will have the opportunity to seal the defence of his men’s compound global crown on Saturday (October 21) after reaching the final at the World Archery Championships in Mexico City.

The world number one was the first to blink in his semi-final with Archery World Cup final winner Braden Gellenthien, shooting a nine in the third end at Campo Marte.

His American opponent then put two out in the fourth - one high and one right - and Hansen returned to the 10-ring to shoot another 149 to Gellenthien’s 146.

Hansen is now only one victory away from becoming the first men’s compound archer to win the world title twice.

He dropped just two points through his four elimination matches to set up a gold-medal contest with France’s Sebastien Peineau, who beat compatriot Pierre-Julien Deloche 144-142 in the other semi-final.

"I just look forward to being in [the finals arena] and shooting a match," Hansen said.

"It’s always different shooting in those fields and Mexicans are pretty loud, so they’re going to be shouting a lot.

"I feel comfortable and I’m going to enjoy it."

Gellenthien and Deloche are due to meet in the bronze medal match.

The women’s compound final is set to be contested by Turkey’s Yesim Bostan and South Korea's Song Yun Soo after both came through their penultimate-round encounters.

"At first, my arrows weren't landing in the middle so I thought to myself, 'Let's just shoot a score like I'd shoot in practice'," Song said.

"It kept me from getting greedy."

Heigenhauser and Sonnichsen will battle it out for the bronze medal.

In recurve competition, Olympic champion Chang Hye-jin of South Korea progressed through to her first individual women’s final at a World Championships.

The 30-year-old came from behind to beat Chinese Taipei’s Tan Ya-Ting 6-4.

After losing the first two sets, Chang tied the match at 4-4 and then finished with 29 to Tan’s 24 to secure victory.

Awaiting her in the final is world number three Ksenia Perova of Russia after she overcame the United States’ Mackenzie Brown 6-4.

Tan and Brown will contest the bronze medal match.

Baldanov and Wijler will meet in the bronze medal match.