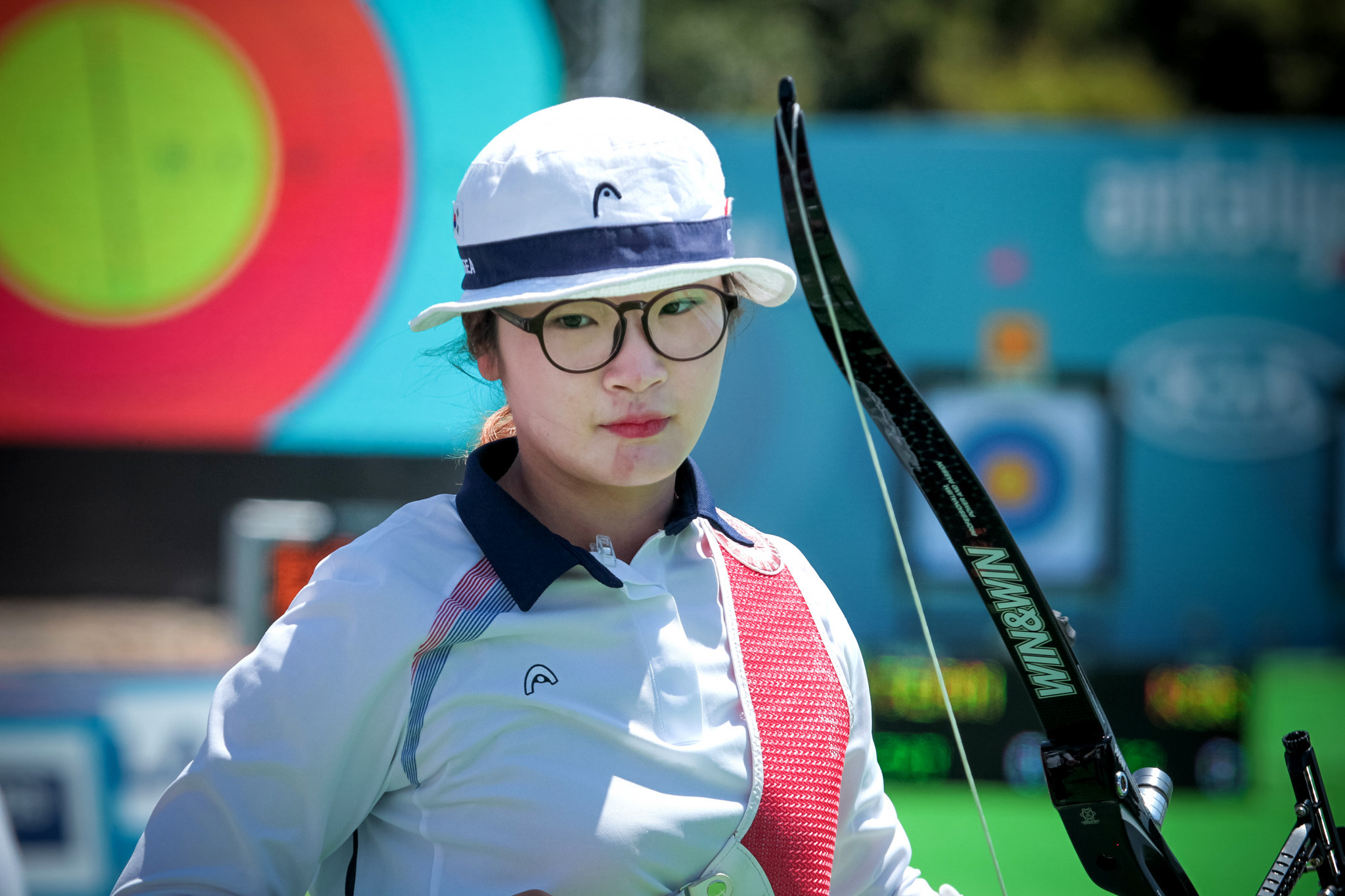 The 21-year-old scored 684 out of a possible 720 points, three off the world record, with the Olympic recurve bow at Campo Marte to claim the top seeding in the competition.

Kang led a dominant display by Korean archers with three of the top four hailing from the Asian nation.

“It’s the World Championships and I was able to shoot a good score, so I’m happy,” said Kang.

“At the start of the qualifications, I wasn’t nervous but I started to get more and more nervous.

"I just tried to stay focused until the end.”

Taking a two-point lead into the last end, Kang shot 57 points from her final six shots to record the best international ranking round score of her career.

It was Tan who led for much of the round.

Having scored 344 out of 360 at the halfway point, she was on world record pace but dropped her average over the following 24 arrows before closing strong to come third.

The third Korean to place in the top four was Choi Misun, the world record holder, who finished fourth with 671 points.

China's Zhang Dan, Kristine Esebua of Georgia, Chinese Taipei's Lin Yu-Hsuan and Lisa Unruh rounded out the top eight and therefore all receive a bye to the third round.

Italy and France will contest the recurve men’s team final.

In the lower part of the bracket, the two lowest seeded nations, 14th-ranked Canada and 15th-seeded France had a successful afternoon.

Their semi-final was drawn at 2-2, then the teams split the third and fourth sets, to remain tied at 4-4 and go to another shoot-off.

However, France's Thomas Chirault shot his third 10 of the match, copied by Pierre Plihon, leaving teammate JC Valladont needing an eight to win.

The Rio 2016 Olympic silver medallist did not fail, shooting a nine to secure victory.

The number one ranked South Korean team strolled trough the first two rounds before meeting the fourth-seeded Italian squad in the semi-finals.

Both teams started the shoot-off with a 10 and a nine but the Koreans' third arrow only scored an eight.

Italy's London 2012 Olympic champions Marco Galiazzo and Mauro Nespoli along with teammate David Pasqualucci, hit a nine to secure their place in the final.

There was joy for the hosts in the women's team recurve semi-finals.

They will play Chang, Choi and Kang of South Korea for gold.

The Koreans overcame China's Zhang Dan, Cao Hui and Lan Lu 6-0 to progress to the final.