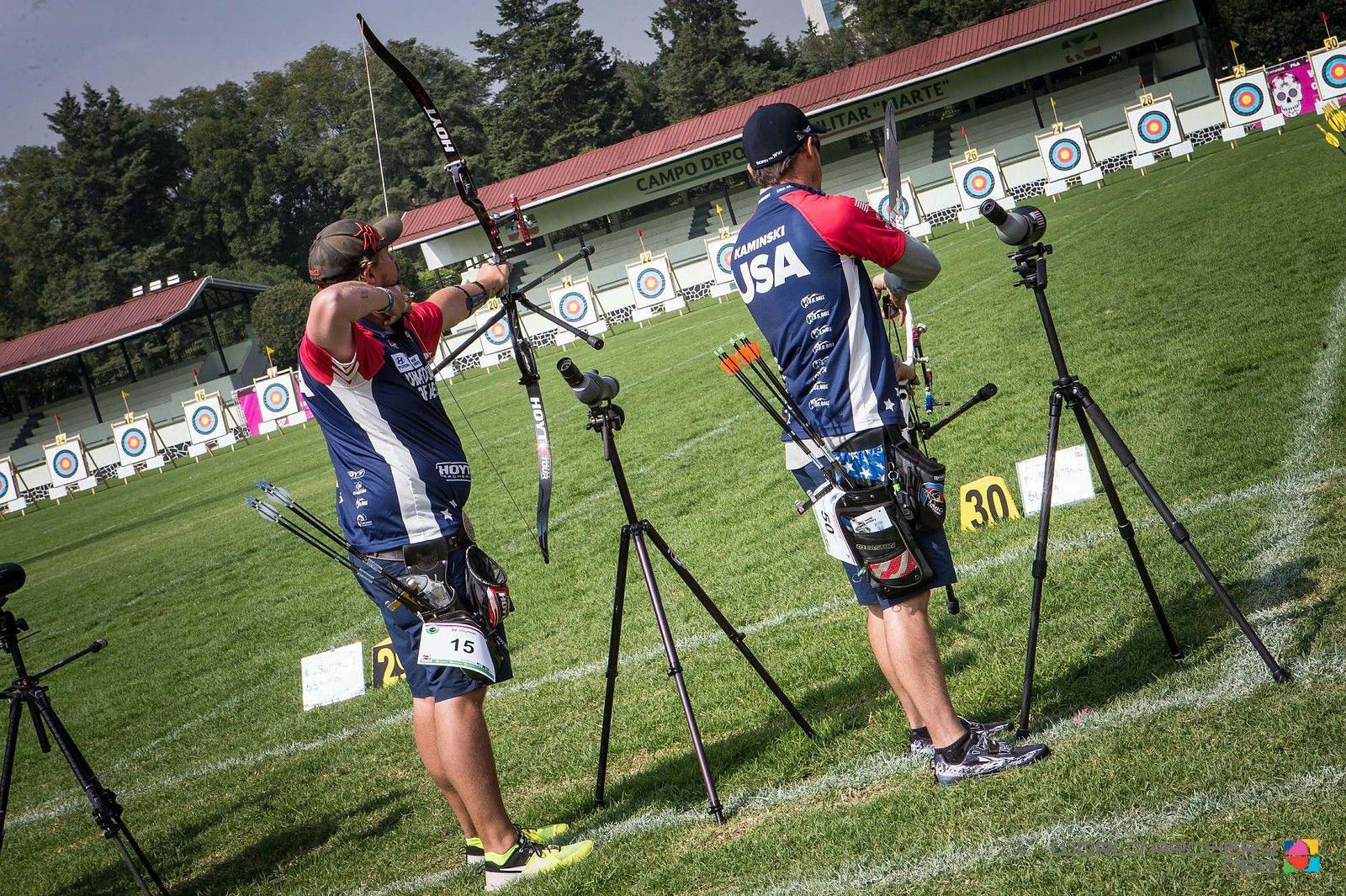 Brady Ellison of the United States had a day to forget at the World Archery Championships in Mexico City as he crashed out in the second round of the men's recurve competition.

The Rio 2016 bronze medallist came through round one of the men's recurve event after beating Cuba's Adrian Puente 6-4 at Campo Marte.

However, it was in round two he came unstuck.

Ellison, a three-time World Championships medallist, was beaten 6-4 by compatriot Jake Kaminski, who has now progressed to tomorrow's third round.

The last time the pair met was in the second round of Rio 2016 - a match that Brady won before going on to win his bronze medal.

Japan's Takaharu Furukawa, the highest ranked archer to not receive a bye into round three, is safely through.

He first overcame Daniel Betancur of Colombia 6-0 before also defeating Slovenia's Rok Bizjak 6-0 to make it through to round three.

In the women's recurve competition, Aida Roman crashed out much to the disappointment of the Mexican crowd in round two.

Khatuna Narimanidze, who is the President of the Georgian Federation, shot a 9.17 average arrow to beat Roman’s 9.0 and claim a 6-2 win.

He posted his personal best international score over the 50-metres ranking round with 710 points during qualification to claim the 10th seed.

However, during today's action, he was beaten by Spain's Alberto Blazquez 147-146 in round two.

The only unseeded man to out-shoot Roux in the qualifiers and not receive a bye today was The Netherlands' Mike Schloesser.

He was eliminated by compatriot Peter Elzinga, who scored 10 to Schloesser's nine in the shoot-off following a 145-145 tie.

There was a major upset in the women's compound competition.

Colombia's Sara Lopez was knocked out in the second round.

The world number two scored just 140 points, well below her average, and lost to India’s Lily Chanu Paonam in the second round after she managed a score of 141.

"The ambitions I had to win these Championships were so big, they beat me," said Lopez.