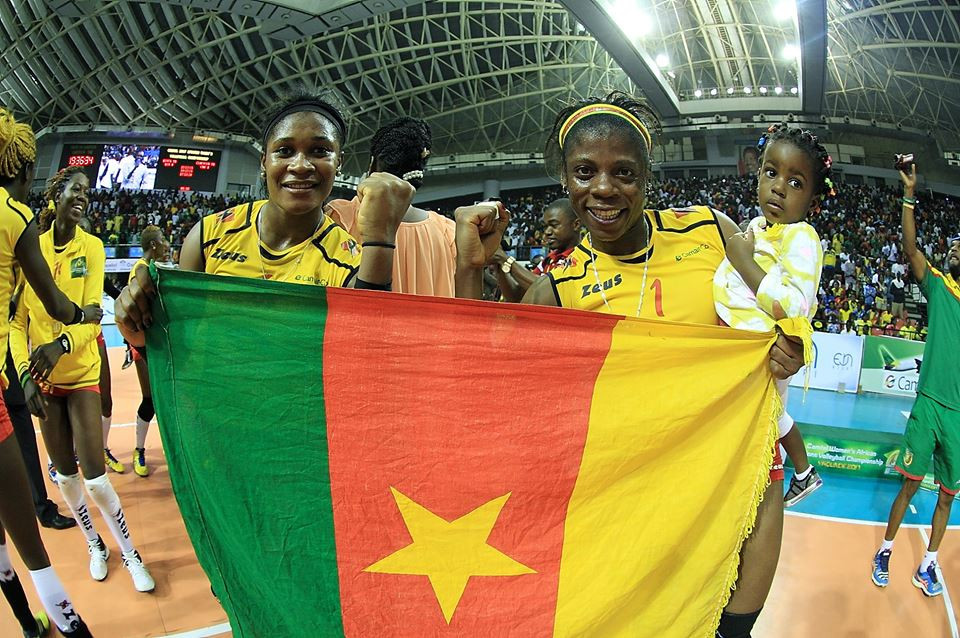 Cameroon stunned Kenya with a straight sets victory to clinch their maiden African Women's Volleyball Championship title in front of a delighted crowd in Yaoundé.

The host nation claimed an impressive 25-22, 25-19, 29-27 win to deny Kenya a fourth consecutive title at the Multipurpose Sports Complex in the Cameroonian capital.

Kenya were the favourites to secure a 10th title and had not dropped a set going into the showpiece finale against Cameroon.

The defending champions started the match the better of the two sides before Cameroon gradually grew into the contest.

After a few nervy moments, they sealed the first set to edge ahead and then dominated the second to move to within one set of a superb triumph.

Cameroon took their opportunity at the first time of asking, battling through a tense final set to ensure they finished the tournament at the summit of the podium.

Both teams had already qualified for the next year's World Championships in Japan after coming through their respective semi-finals yesterday.

"Getting here was not been very easy," Kenya coach Japheth Munala said following the defeat.

"The girls have earned it and looking at the squad, I believe that they are ready to make that next step.

"It has been seven years since we were at the World Championship and since then a lot has changed."