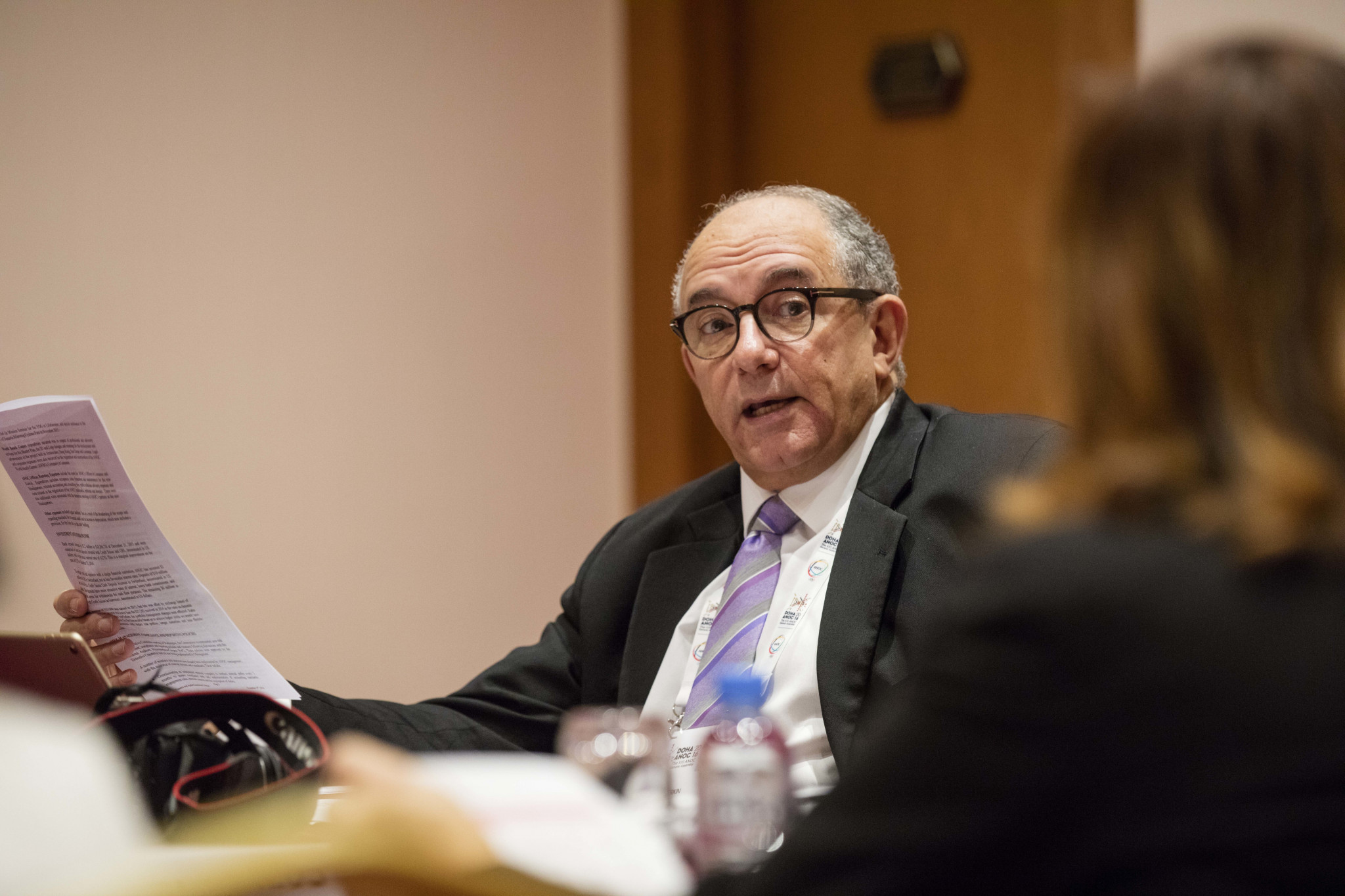 Richard Peterkin, Barry Maister and Hayley Wickenheiser are among International Olympic Committee (IOC) members to call for reforms and stronger action to prevent "huge" reputational damage to the Olympic Movement following the arrest of Carlos Nuzman.

Nuzman has been suspended as an honorary member by the IOC and "withdrawn" from the Tokyo 2020 Coordination Commission, a position he was appointed to by IOC President Thomas Bach.

St Lucia's Peterkin warned that there will be "more revelations to come".

He fears the IOC's reputation could sink to the same depths as football body FIFA and the International Association of Athletics Federations (IAAF) following previous corruption scandals.

Canada's four-time Olympic ice hockey champion WIckenheiser claimed she is "personally disgusted and disappointed" and called for the "immediate dismissal" of anyone violating the IOC Ethics Codes.

Maister, a member of New Zealand's hockey team that won the Olympic gold medal at Montreal 1976, admitted the integrity of sport is being "severely compromised" by the actions of a few.

He called for new good governance practices relating to the "selection, management and education" of IOC members.

Rio 2016 and Brazilian Olympic Committee (COB) President Nuzman was arrested on Thursday (October 5), along with Rio 2016 general director Leonardo Gryner, for alleged involvement in a vote-buying scandal connected to the city's successful bid for the Olympic and Paralympic Games eight years ago.

They are being indicted for "corruption, money laundering and criminal organisation".

The IOC also announced that the COB are provisionally suspended and have ceased relations with Rio 2016.

"It [the IOC sanctions] had to be done," Peterkin, treasurer of the Pan American Sports Organization (PASO) and Finance Commission chair of the Association of National Olympic Committees (ANOC), posted on Facebook.

"There was just too much evidence, some of it self incriminating.

"I hate to kick someone when they are down, and I am not motivated by schadenfreude.

"I have always got along well with Carlos, and I helped him win the the Rio bid for the Pan Am Games in 2007, and there was no impropriety with that bid.

"The IOC has to act in this and any other similar cases now and in the future.

"The reputational damage for the Olympic Movement is huge, and there will be more revelations to come.

"It happened with FIFA and the IAAF as well, and all international sports organisations have been tarnished, no matter how good their governance was or is.

"We need to drain the swamp."

Wickenheiser, a member of the IOC Athletes' Commission, claimed the athletes of the world "deserve better".

"I fully agree with Richard's comments," she told insidethegames.

"The athletes of the world deserve better from the IOC leadership and those who have influence over the Olympic Movement.

"It is an incredible privilege and responsibility to serve the Olympic Movement and anyone proven to be violating in any degree the Code of Ethics should immediately be dismissed.

"If we don't act or condemn this behaviour the entire Olympic Movement loses credibility.

"Right now we should be celebrating and talking about those who are fighting anti-doping, advocating for athletes' rights and promoting the best of sport.

"All we seem to be doing is talking about those who take and use and abuse the beautiful aspect of what the Olympics stand for.

"I am personally disappointed and want to make sure the athletes of the world know that there are good people inside the system who are fighting to do good things."

Maister was another to warn of the potential consequences unless the IOC begins to tackle corruption seriously.

"I am increasingly concerned with the apparent escalation of such member indiscretions, and the consequences for the many hard working members of integrity, who are being negatively implicated by association," the New Zealander told insidethegames.

"The integrity of sport and the Olympic Movement, and IOC membership, is being severely compromised by the totally unacceptable and unethical actions of a few.

"I am personally more interested in the prevention of such indiscretions rather than the sanctioning after the event, and am in the process of proposing a range of 'good governance' practices specifically relating to the selection, management and education of IOC members, for the IOC Ethics Commission to consider."

insidethegames understands that several IOC members internally raised concerns following Nuzman's arrest and called for a stronger reaction than the original statement circulated by the administration.

Others, however, are still not completely convinced by the response, particularly over the COB sanction.

"I get the Nuzman-specific portion and agree it had to be done," Canada's senior IOC member Richard Pound told insidethegames.

"There are, however, a bunch of other elements which are not so intuitive, including relationships with COB, that need further context.

"This may be designed to try to deal with the fact of many complaints over many years that the IOC seems to have ignored.

"Also the Organising Committee matters that do not bear on Nuzman in particular."

"A prompt response is necessary from the IOC in serious situations like this," the Briton told insidethegames.

"I hope this is a precedent for any future issues affecting the awarding of Olympic Games."

The IOC made clear that Brazilian athletes will be able to compete under their own flag at Pyeongchang 2018, but that the COB will have all funding and subsidies frozen and will not be able to attend meetings such as next month's PASO and ANOC General Assemblies in Prague.

Matthew Pinsent, the four-time Olympic rowing champion and a member of the IOC Athletes' Commission between 2001 and 2004, also called for more financial transparency within the organisation.

Writing on Twitter, the Briton called for all IOC members to supply annual financial records with bank accounts to the Ethics Commission.

Brazilian Federal investigators believe that Nuzman - an IOC member until he passed the age limit in 2012 - filed income tax returns in the last month for items including R$480,000 (£118,000/$155,000/€129,000) found at his residence in five different currencies and for 16 one-kilogram gold bars deposited in Switzerland.

Namibia's IOC member Frankie Fredericks was absent from last month's IOC Session in Lima and has been provisionally suspended by the IAAF as he seeks to clear his name after allegedly receiving funds from Papa Diack during the same period.

Several IOC members, including Maister and Britain's Adam Pengilly, also raised concerns about the powers of the IOC Ethics Commission during the Session in Lima.

Pengilly criticised the presence of four IOC members - including Executive Board members Angela Ruggiero and Robin Mitchell - on the nine-strong panel.

Former United Nations Secretary General Ban Ki-moon was appointed as the new chair of the IOC Ethics Commission in the Peruvian capital.