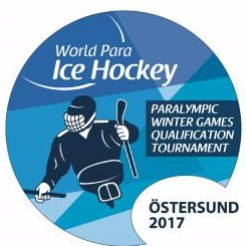 The schedule for next month's World Para Ice Hockey qualification tournament for the 2018 Winter Paralympic Games in Pyeongchang has been revealed.

Swedish city Östersund is due to stage the tournament from October 9 to 14, with the event offering a final chance to qualify for next year's Games.

Sweden will be hopeful competing in front of their home crowd will give them the edge as they aim to secure one of three places available.

They were beaten by Italy in the fifth-place game at the World Para Ice Hockey World Championships A-Pool in Gangneung earlier this year, when the first five spots were awarded.

Sweden are scheduled to face the challenge of the Czech Republic, Germany, Japan and Slovakia, who will compete at the qualifying tournament.

The Czech Republic are due to face Slovakia in the first match straight after the Opening Ceremony on October 9.

Germany and Japan will then take to the ice afterwards.

Two matches will be played each day, with the exception of October 12 which is a rest day.

Play resumes on October 13 with Sweden against the Czech Republic and Japan playing Slovakia.

Action then concludes on October 14 with Sweden against Germany and the Czechs playing Japan in the final match.

Three points will be awarded for a win, and the top three teams in the round robin standings will advance to Pyeongchang 2018.