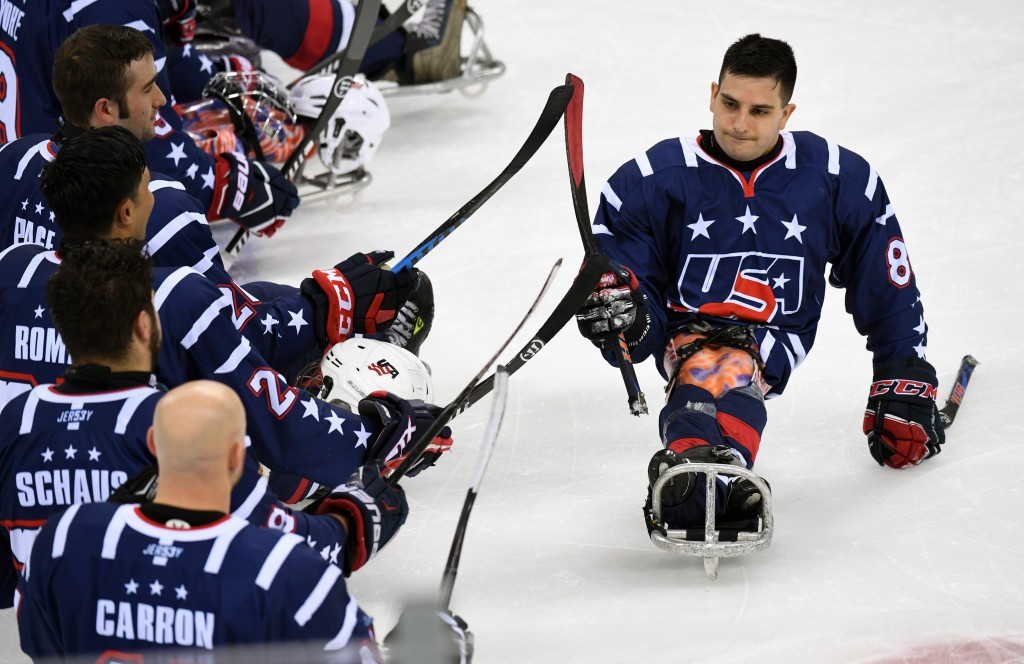 Canada suffered defeat for the first time at the 2017 World Para Ice Hockey Championships after being edged by the United States in a closely fought match in Gangneung.

Both teams headed into the match with 100 per cent records in the tournament in South Korea, with Canada leading the standings having played four matches to the US’ three.

Recent encounters have seen Canada struggled against their rivals after suffering four losses in their last five clashes, but Tyler McGregor gave them an ideal start by putting his team 1-0 up in the first period.

Canada would concede their first goal of the tournament in the second period as Nikko Landeros found the net for the US team.

The turnaround was completed two minutes later, with Declan Farmer putting his side 2-1 up heading into the third period.

A tense finish ensued, with the US holding firm in the closing minutes of the contest to seal a narrow victory.

The reigning Paralympic and world champions now lie joint first in the standings with 12 points, but will have a game in hand on Canada.

“It was just about focusing and not having too many peaks or valleys, and just having confidence that the guys were going to keep the shots to the outside,” said Steve Cash, the US team’s goaltender.

“The first period didn’t really resemble USA Hockey’s style of play, but we picked it up in the second period.

“Moving forward, if we play like we did in the second and third period, we’ll be alright.”

South Korea are three points adrift in third, having triumphed in their fourth match of the tournament in front of a home crowd.

The host nation cruised to a 6-0 victory over Sweden, with Seung-Hwan Jung becoming the third player to score a hat-trick at the Gangneung Hockey Centre, the Pyeongchang 2018 Paralympic venue.

Italy prevailed against Germany in a European clash to move into fourth place, recording a 5-0 win over their rivals.

Round robin action will continue tomorrow.

The World Championship A-Pool competition is serving as a test event for the Pyeongchang 2018 Winter Paralympic Games.