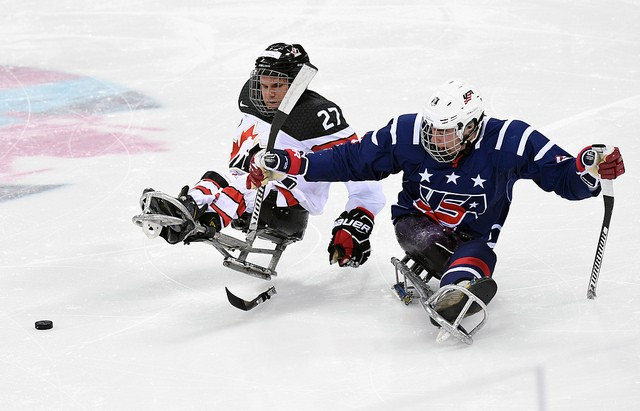 Canada wrestled back their World Para Ice Hockey Championships crown as they beat arch-rivals the United States 4-1 in the gold medal match in Gangneung today.

The Canadian side avenged their defeat to their American opponents at the 2015 event to secure a record fourth crown with victory at the Gangneung Hockey Centre.

The bronze medal went the way of South Korea as the host nation recorded a narrow 3-2 win over Norway.

The clash between Canada and the US, their third consecutive final meeting, began brightly and the 2015 silver medallists opened the scoring in the first period through Brad Bowden.

Canada doubled their lead barely a minute later when Liam Hickey found the net, before a quickfire two-goal salvo from Tyler McGregor in the second stanza effectively killed the game as a contest.

Their defence then came to the fore as they successfully shut out the US until Nikko Landeros bagged a consolation goal with less than three minutes of the match remaining.

"I’m so proud of every guy on the team, and it’s getting kind of emotional right now.

"It’s been a long four years.

"Our last World Championship was here in South Korea, so obviously we’re doing something right here.

"I think we came out today on a mission.

"We knew what we wanted to do, and we executed that.

Norwegian hopes appeared to be dashed when Seung-Hwan Jung added a third, but the European side fought back.

Morten Vaernes found the net twice in a three-minute span to bring Norway back into the match but they were unable to find an equaliser as South Korea held on.