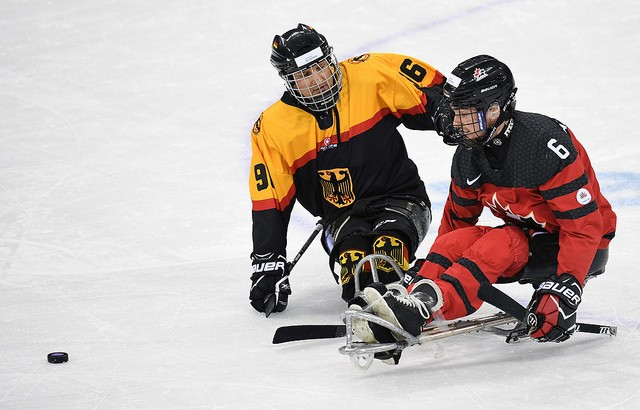 The United States and Canada will clash for the gold medal at the 2017 World Para Ice Hockey Championships after both teams won their final preliminary round matches in Gangneung.

Tomorrow's match between the two countries will be their third consecutive World Championship final.

Defending champions the US ensured they completed the group stage of the tournament at the Gangneung Hockey Centre with an unbeaten record as they swept aside hosts South Korea, who will face Norway for bronze, with a commanding 5-0 win.

Declan Farmer and Luke McDermott also got on the scoresheet for the rampant Americans, who are chasing their second straight title.

"I'm feeling pretty good, as that goal was a long-time coming," Wallace said.

"Winning a world title tomorrow would be huge and would build so much momentum heading into the Paralympics and to our legacy even more."

Canada, the current world silver medallists who will be hoping to avenge their defeat to the US when they compete in the final, were also in impressive form as they thrashed Germany 9-0.

Tyler McGregor was the star performer for the Canadian team as he scored a hat-trick.

Dominic Cozzolino and Corbyn Smith each found the net on two occasions, with Adam Dixon and Bryan Sholomicki rounding off the scoring for the dominant Canadian team.

Norway earned their spot in the bronze medal match after they recorded a narrow 1-0 win over Italy.

Jan Roger Klakegg's game-winning goal proved to be crucial as it saw the Norwegians finish in front of the Italian team in the preliminary round standings.

"It was a very difficult start for us to the tournament, so we had to stick to our plan and work during the week to get the better results that we wanted.”

The tournament at the Gangneung Hockey Centre, one of two venues due to host ice hockey matches at next year's Winter Olympic and Paralympic Games in Pyeongchang, concludes tomorrow.