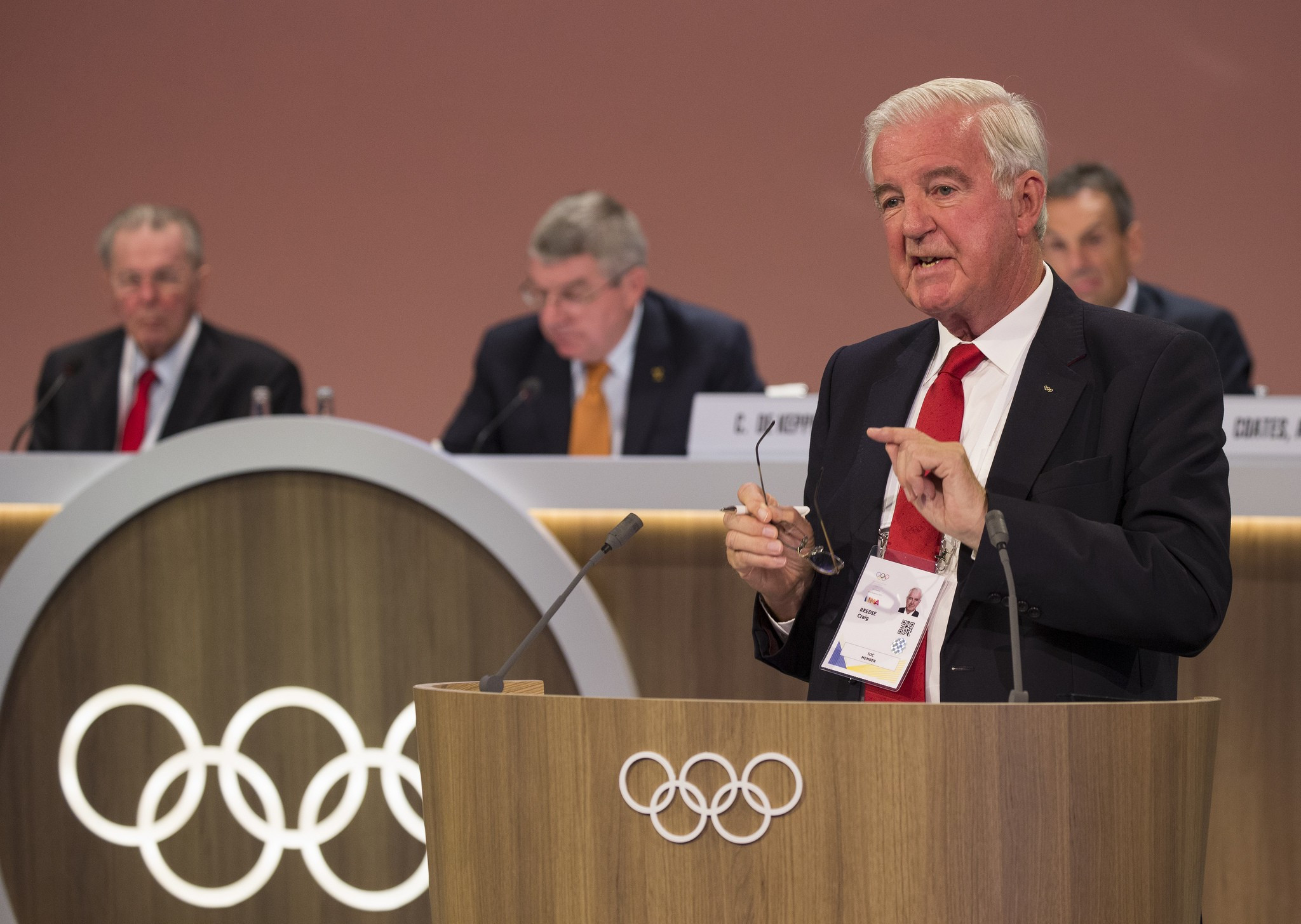 Russia's chances of escaping a blanket ban from next year's Winter Olympic Games have grown increasingly likely after the International Olympic Committee (IOC) dismissed calls from a group of National Anti-Doping Organisations (NADOs) to exclude them from Pyeongchang 2018.

World Anti-Doping Agency (WADA) President Sir Craig Reedie was also among those to condemn the demand for Russia to be banned from Pyeongchang 2018 during the IOC Session here today.

insidethegames reported yesterday that WADA were set to criticise the demand from the 17 NADOs in their report to the Session.

Sir Craig called the statement from the NADOs "unhelpful" and claimed it was not in the policy of WADA.

He accused the group of looking "backwards rather than forwards".

The IOC had earlier fuelled suggestions that Russia will avoid a complete ban from Pyeongchang 2018 when they amended the Olympic Charter to include a statute which allows them to fine athletes and teams for doping and competition manipulation.

It had been widely expected that Russia would not be banned and would instead be sanctioned with a fine.

The mechanism to impose this punishment now exists.

Russian Olympic Committee President Alexander Zhukov expressed his confidence they would be able to compete at Pyeongchang 2018.

The developments came as interim reports from two IOC Commissions - led by Swiss pair Denis Oswald and Samuel Schmid - into Russian doping were presented to the membership.

The results of the two Commissions will determine the extent of the nation's participation at Pyeongchang 2018.

Oswald, whose Commission is looking into allegations of sample manipulation, claimed they had enough to sanction some of the athletes implicated in the McLaren Report.

He revealed they would have preliminary results on 50 bottles where scratch marks were found in a "few days".

Oswald, today elected a member of the IOC Executive Board, also said their expectation is that it is resolved before the end of the year and full decisions will be made "one or two months" before Pyeongchang 2018.

Oswald added that the Commission are due to receive initial results into those who have been provisionally suspended following their implication in the McLaren Report this month.

He announced that six Russian skiers have already been invited to appear in front of the Commission next month.

"We are working as quickly as we can but at the same time we have to respect the process that is in place," Oswald said.

"It is a difficult task because we had to go through a lot of documents to find the evidence and it is not an easy case.

"At the moment we cannot say more but it is important that we give a timetable at what is going to happen.

"We have not been sleeping, we have been really working hard to reach that point."

Following the presentations of the reports from Schmid, Oswald and WADA, IOC members lined up to criticise the NADOs for their statement.

They had accused the IOC of a "dereliction of duty" in dealing with the Russian doping scandal and warned a failure to impose a blanket ban on Russia at Pyeongchang 2018 would threaten the future of the Olympic Movement.

Switzerland's Patrick Baumann said the NADOs, including the United States and Britain, did not have the "moral ground" to call for punishment.

Other members, including International International Bobsleigh and Skeleton Federation President Ivo Ferriani and Dutchman Camiel Eurlings, were also critical of the NADOs.

"It's very important that it's not the position of WADA," said Zhukov.

"This is just the position of several NADOs.

"We can also point that several members of the IOC criticised these 17 NADOs on this position."

Their response was in stark contrast to last year in Rio de Janeiro, where Sir Craig and WADA were subjected to an attack from the membership after they asked the IOC Session to decline Russian entries from the Olympics

Today marked a rare show of unity between two bodies who publicly clashed on numerous occasions prior to Rio 2016.

"I don’t think it is particularly helpful in the current situation that protecting clean athletes, which involves looking forward rather than back," said Sir Craig.

"I understand their frustration because they want things to happen quickly.

"But it quite difficult to get a country like Russia to change things quickly.

"I am going to openly discuss it in an [WADA] Executive Committee meeting.

"Why don’t we communicate ourselves first rather than making statements?"

WADA director general Olivier Niggli revealed that there were several cases among Russians identified in the McLaren Report where insufficient evidence was found because there was no urine or blood sample to re-test and that the athlete was only named in an email.

Some of the cases had no negative sample at all, while others involved substances such as marijuana, which is not prohibited outside competition.