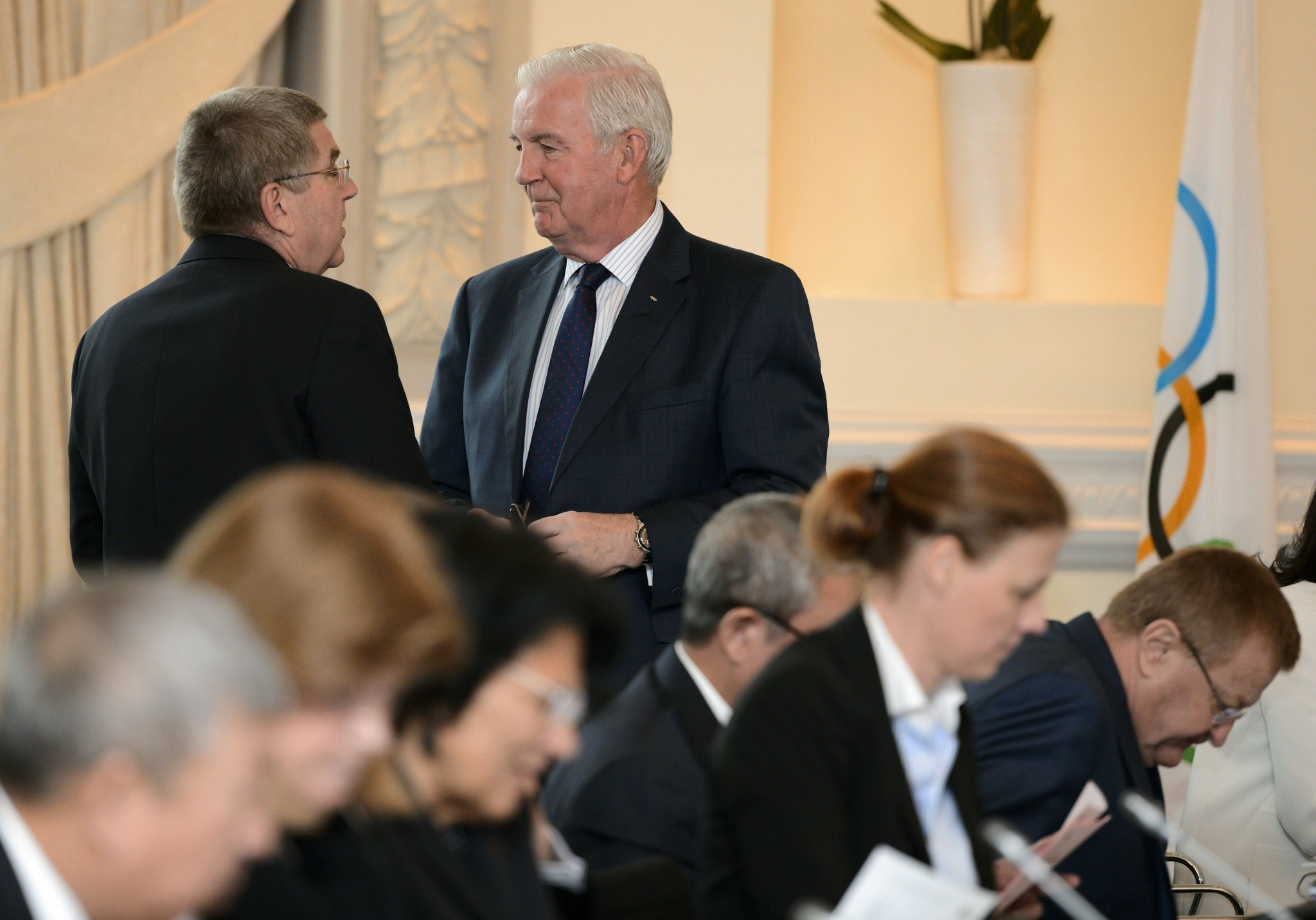 A demand from a group of National Anti-Doping Organisations (NADOs) to ban Russia from Pyeongchang 2018 has been criticised by senior officials at the International Olympic Committee (IOC) and the World Anti-Doping Agency (WADA).

The group accused the IOC of a "dereliction of duty" as they claim the body has not done enough to follow up on the allegations made in the McLaren Report.

They also warned a failure to impose a blanket ban on Russia would threaten the future of the Olympic Movement.

The Institute of National Anti Doping Organisations had previously called for Russia  to be suspended from the 2018 Games in February following publication of the second part of the McLaren Report.

Their latest statement attacked the IOC, who they urged to "stop kicking the can down the road and immediately issue meaningful consequences".

It is widely expected that Russia will escape a total ban and could instead be sanctioned with a fine.

IOC vice-presidents Juan Antonio Samaranch and John Coates dismissed the claims made by the NADOs during the Session here.

Samaranch said he "completely disagreed" with the accusations made by the group against the IOC.

Coates claimed it was "not right" to suggest that the IOC would be letting Russia off the hook.

WADA director general Olivier Niggli told insidethegames he was also unhappy with the move from the group and that it was "unhelpful" in a rare show of unity between two bodies who were involved in a war of words prior to last year's Olympic Games in Rio de Janeiro.

The issue is due to be raised by WADA President Sir Craig Reedie when he presents his annual report to the IOC Session tomorrow.

The IOC are currently conducting two separate investigations into Russian doping and their results will determine the extent of their participation at Pyeongchang 2018.

The Schmid Commission, led by another Swiss in IOC Ethics Commission Samuel Schmid, is addressing the alleged institutional conspiracy involving the Russian Government.

The Commissions were set up in response to evidence in the McLaren Report published last July, which alleged that more than 1,000 Russian athletes were implicated in the manipulating and tampering of samples at events, including Sochi 2014.

Interim reports from both Commissions are due to presented to the IOC Session tomorrow.

"It is irresponsible to start thinking what could be the case," said Samaranch.

"NADOs have their responsibilities and we have ours.

"We have a deadline as we have the Olympic Games coming in February.

"We want to have this situation resolved to give the athletes the possibility to know where they stand.

"I do not know one single person in this environment who does not want to defend clean athletes.

"At the end, we will find a way to understand each other, there is no doubt about it."

The statement from 17 NADOs was issued following a two-day meeting n Colorado.

It included UK Anti-Doping, in charge of testing in Russia since 2016.

The organisation has previously declined to back such statements.

"The failure to expeditiously investigate individual Russian athlete doping poses a clear and present danger for clean athletes worldwide and at the 2018 Winter Games," the NADOs statement read.

"The IOC and WADA must insist that Russia turn over this key additional evidence.

"A full account and justice for clean athletes cannot be achieved without this information.

"The failure to properly investigate and prosecute free of sport-political influence those who violated anti-doping rules, breaks the trust with millions of clean athletes around the world.

"This dereliction of duty sends a cynical message that those of favored, insider nations within the Olympic Movement will never be punished or held accountable, violating the fundamental covenant of fairness on which sport is based."