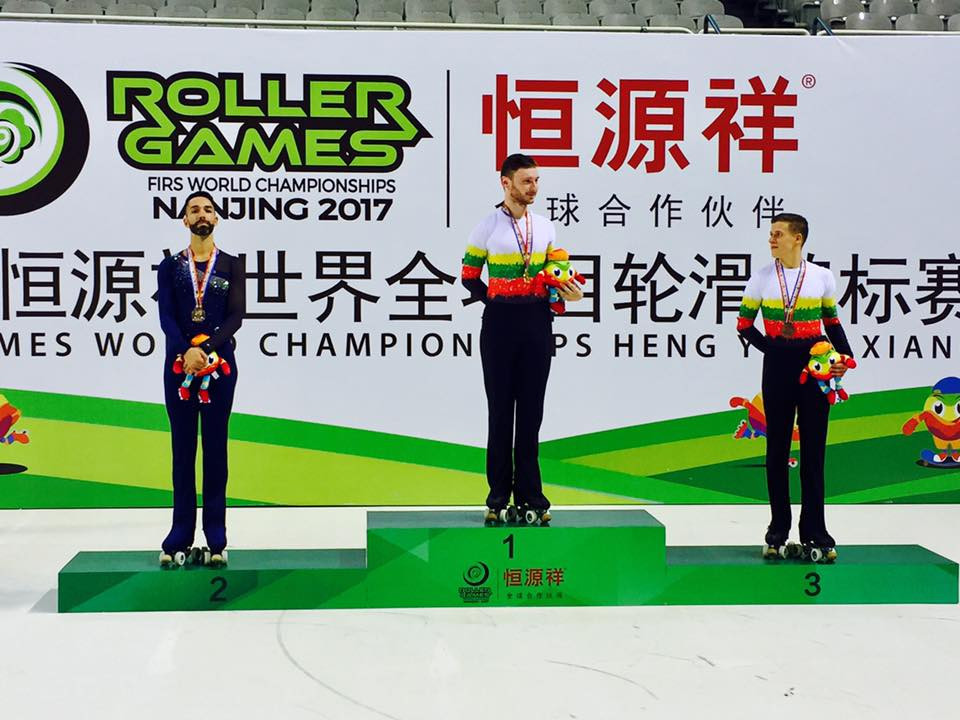 The men’s and women’s solo dance events were the latest to be contested as part of the artistic programme.

Stibilj was awarded victory in the women’s competition, with the Italian finishing clear of Portugal’s Ana Walgode, who finished second.

The podium was completed by Italy’s Dalila Laneve.

Pinto was crowned winner of the men’s event, with the Portuguese skater seeing off the challenge of Italy’s Daniel Morandin and his team-mate Pedro Walgode.

Spain and Colombia were the final teams to qualify for the quarter-finals of the men’s inline hockey tournament.

The Spanish team came from behind to beat Japan 4-3, while Colombia secured a 2-1 victory over Sweden to advance.

The first men’s quarter-final will see Italy take on Latvia tomorrow, before Canada take on Switzerland later in the day.

Colombia will then take on the Czech Republic, with France and Spain then seeking the final semi-final spot.

They will play Canada, with their North American rivals having beaten New Zealand 3-1.

The Czech Republic were 3-1 winners against Italy in their quarter-final tie, with their reward being a clash against Spain.

Spain were 5-0 victors against Australia.