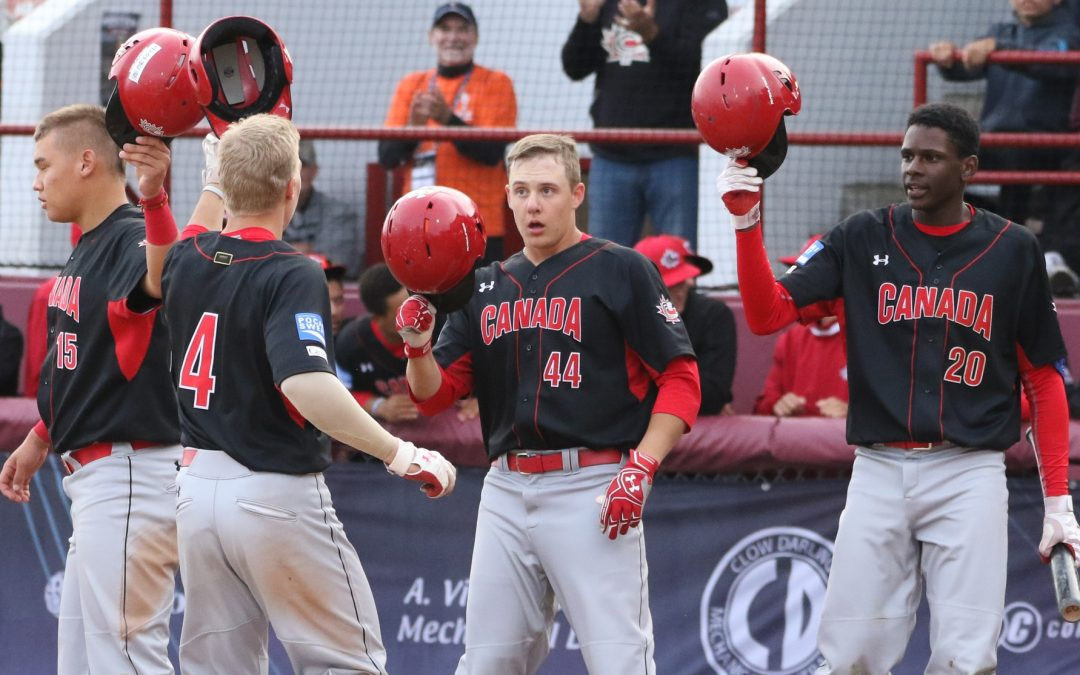 Hosts Canada have made it through to the Super Round of the World Baseball Softball Confederation (WBSC) Under-18 World Cup following victory over Nicaragua in Thunder Bay.

Two matches were played today after rain forced them to be postponed earlier in the competition.

The Canadians defeated Nicaragua 15-3 inside seven innings at the Port Arthur Stadium, after scoring 10 runs in the seventh to claim an unassailable lead.

With this win the hosts moved level with Australia and Chinese Taipei at three wins and two losses in Group A, with only two places remaining in the Super Round after South Korea's dominance saw them finish top.

Since the three teams had one win each in the games played against each other, the WBSC used the "team quality balance" system to break the tie.

This saw Canada and Australia join the Koreans in the Super Round from Group A and they will now go on to face the United States, Japan and Cuba in the next stage.

Chinese Taipei have dropped into the consolation round together with Italy and Nicaragua.

In today's second rearranged match, Mexico needed only seven innings to beat South Africa 14-1 and earn their first win of the World Cup at the Port Arthur Stadium.

The result had very little impact on the teams' fortunes with both joining The Netherlands in the consolation round from Group B.

Action in the Super Round begins tomorrow with Canada playing the US, Cuba taking on South Korea and Australia meeting Japan.

Consolation round matches will also begin with South Africa playing Italy, Mexico and Chinese Taipei meeting and Nicaragua taking on The Netherlands.

The tournament has been dominated in recent history by the US, who were the winners at Seoul in 2012, Taichung in 2013 and, most recently, in Osaka two years ago.