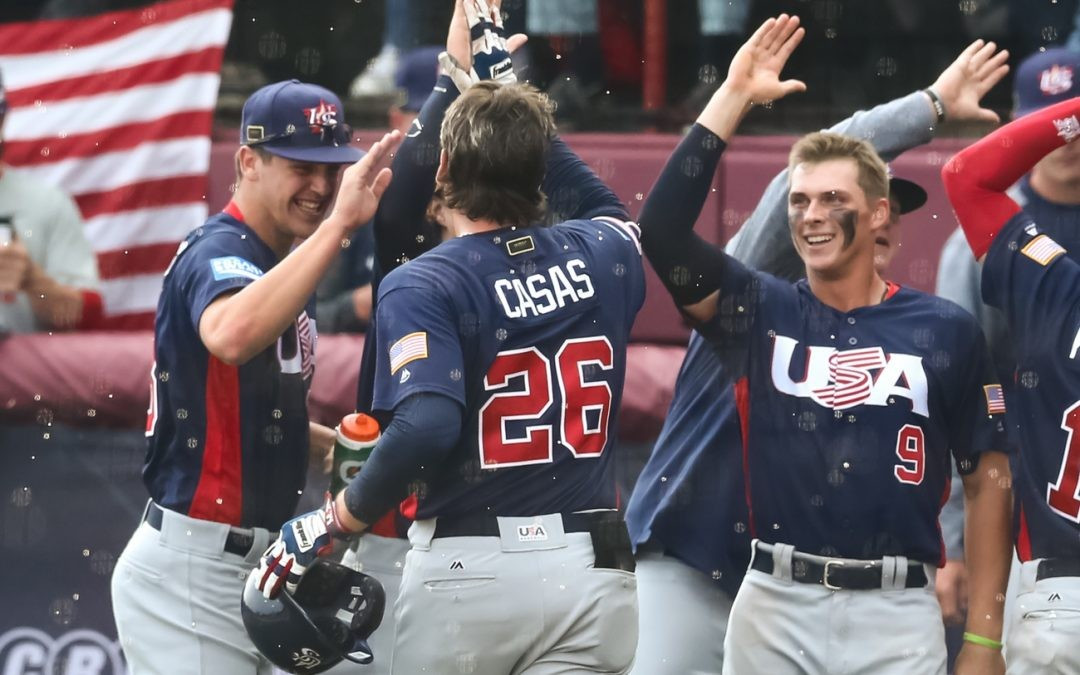 The Americans, who are seeking a fourth consecutive title, shut-out their opponents in Thunder Bay in Canada with a 4-0 success.

They dominated the pitching stakes at Port Arthur Stadium to add to their opening Group B victory against The Netherlands yesterday.

Ryan Weathers allowed just one hit and a walk over seven innings and struck out eight.

Cuba also made it two victories from two in Group B today as they beat the Dutch 3-0.

In Group A, South Korea maintained their 100 per cent record from two matches.

They eased past Chinese Taipei with an 8-2 success.

Both countries now boast one victory and one defeat.

Two matches, one in each group, were also postponed today due to rain in Thunder Bay.

Hosts Canada were disappointed as they were denied the chance to bounce back from their opening defeat to Chinese Taipei.

Their clash with Nicaragua in Group A, and Mexico against South Africa in Group B, were both called off.

No news on when the matches will be rescheduled has yet been announced.