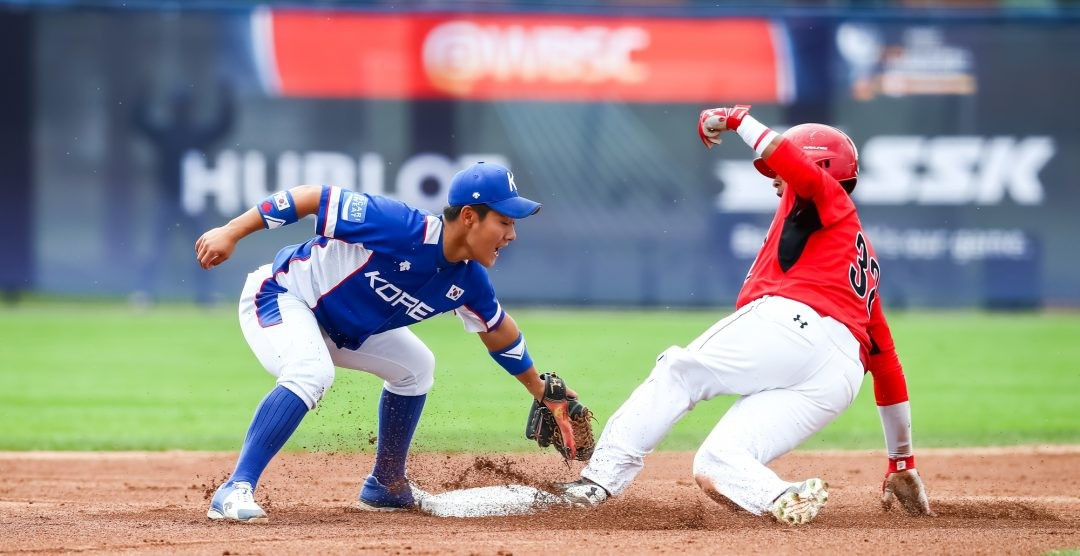 South Korea continued their fine start to the World Baseball Softball Confederation (WBSC) Under-18 World Cup by preserving their 100 per cent Group A record in Thunder Bay.

The Koreans defeated Nicaragua 12-4 at the Port Arthur Stadium in the Canadian city to record their fourth victory from four.

They managed just six hits - including a two-run home run by Jang Junhwan - but also capitalised on three defensive errors.

As a result of the victory, South Korea are guaranteed to qualify for the Super Round as the top seeds from Group A.

The top three sides from each group will all progress to the latter stage of the tournament.

Group A also saw victory for Australia today as they beat Chinese Taipei 4-0 at Central Stadium to sit second in the group on a record of won three, lost one.

Canada recorded an opening win at the third attempt as they edged Italy 6-5.

The hosts have a game in hand as their second-day clash with Nicaragua was rained off.

The Americans, who are hoping for a fourth consecutive title, are also safely into the Super Round.

Japan and Cuba have also both qualified from the group as the top three was confirmed with a round of matches to spare.

Both sides have three wins and one defeat after respective 3-1 and 5-1 victories over The Netherlands and Mexico.

The group stage is due to conclude tomorrow.