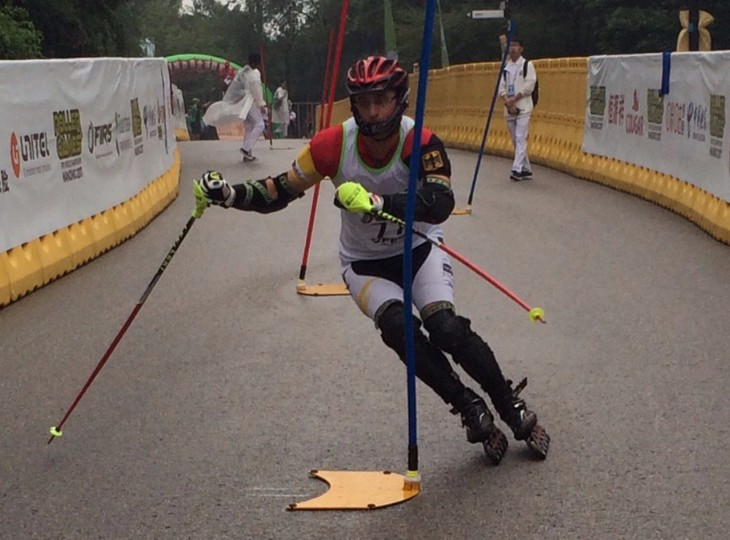 Germany claimed a male and female double in combination Alpine events at the World Roller Games in Nanjing.

They triumphed in a format combining slalom and giant slalom runs on the stets of the Chinese city.

Marco Walz produced a combined time of 1min 01.77sec to win the men's event in front of Sergio Mendez Perez of Spain.

Mona Sing produced the perfect tune to lead home a German 1-2-3 in the corresponding women's event.

Lisa Schmid completed the sweep with a time of 1:06.58 to seal third place.

It means Germany are now the heavy favourites for the team competition due to take place tomorrow.

World Championship bronze medallists Portugal are in danger of men's rink hockey elimination elsewhere at the event after a 4-2 defeat  to Italy today.

Argentina, Italy, Spain, Mozambique and Colombia are already guaranteed to progress to the knock-out phase.

Angola only needs one more point.

The remaining two places will go to the winners of Portugal versus France and Chile against Germany tomorrow.