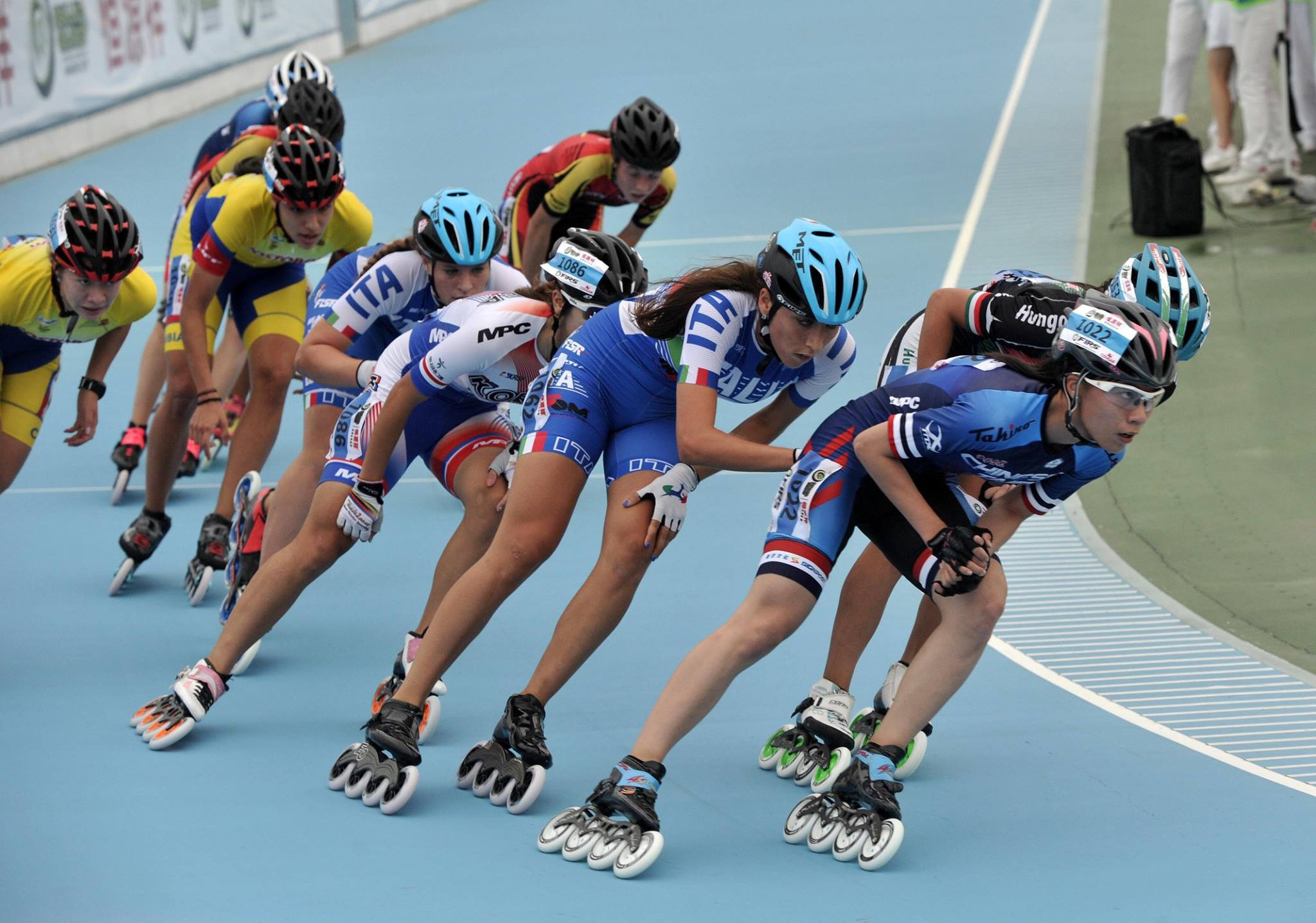 Third place was taken by Hong Seunggi of South Korea in a time of 40.429.

Honours in the corresponding women's event were claimed by Perez in 43.528.

An Yiseul of South Korea finished second, in 43.536 and third place went to Laethisia Schimek of Germany.

She crossed in a time of 43.651 at the Nanjing Olympic Sports Center Gymnasium.

Rain continued to cause havoc elsewhere.

United States were awarded the gold medal in the roller derby event after the final matches were cancelled.

They had been leading the standings following the round-robin section.

Australia took the silver medal and Spain the bronze.