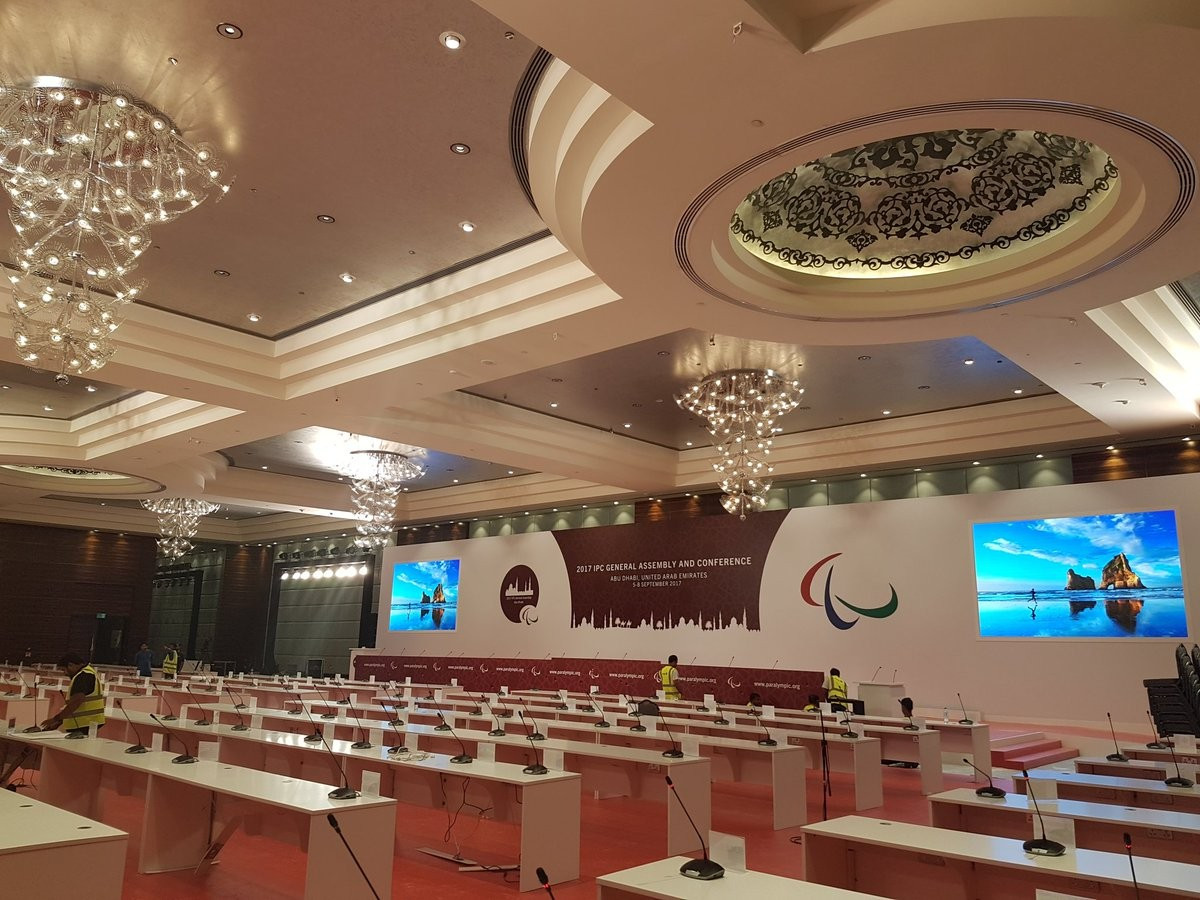 The four candidates standing to be elected the new President of the International Paralympic Committee (IPC) are set to present their cases here tomorrow by delivering presentations to the governing body’s membership.

Each will have up to 15 minutes to present in the afternoon session with a draw taking place beforehand to determine the running order.

The election is scheduled to take place on Friday (September 8).

Widely considered to be the favourite, the Brazilian is a member of the International Olympic Committee (IOC) Coordination Commission for the 2020 Olympic and Paralympics in Tokyo and also sits on the Olympic Channel Commission.

He has prioritised a strong personal relationship with IOC President Thomas Bach if he is successful in being elected.

As well as IOC relations, he is also promising a better dialogue with members in order to identify and remedy their specific problems.

"I’m not coming with any surprises because I think my message has been very consistent in what I think is necessary to take this organisation to the next level and, by doing that, support our members to get to their next level," he told insidethegames.

"Of course, this means different things for different members, we have IFs (International Federations), we have NPCs (National Paralympic Committees), we have the big NPCs, we have the developing nations and I think as an umbrella organisation, the IPC exists to serve its membership.

"It exists to try to coordinate and guide and lead the Movement, but also to bring the whole of the Movement together and support them in getting to their next level.

"When we do that, our members can render better services to the athletes and this is the ultimate goal."

"When you get down to details and what the substance of that (the five areas) means, I think the one thing that I’d say distinguishes me from perhaps my other candidates is my firm position on you need to get governance right," he told insidethegames.

"Governance is not just simply the administrative structures of by-laws and rules and processes.

"It is the overall engagement of all your stakeholders to say as collective stewards of this Movement, we’re all responsible for it.

"How do we make sure that the structures and the processes are appropriate to facilitate those discussions moving forward?

"You’ll actually see it in my presentation - I talk about governance as a lot like a referee.

"When you’re watching a sport, and the officiating is good, nobody notices and that’s like governance.

"When governance is good nobody notices.

"When the officiating is bad or the governance isn’t working, it kind of ruins the game."

Petersson, a 15-time Paralympic medallist and six-time champion in swimming, is a qualified accountant and former executive director at Ernst & Young in Copenhagen.

The Dane has served on the IPC Finance Committee since 2006.

He has previously promised to increase the body's income streams in order to maximise funds and improve benefits for athletes and nations.

"Through my experience from my business and as a businessman, I will try especially to do more for sponsorship and also for the institutional stakeholders, like the EU and other institutions around the world," Petersson, the former European Paralympic Committee President (EPC), told insidethegames.

"I have experience from my Presidency at the EPC level regarding, for example, the EU and getting brands though different projects there and doing development in different areas of the world, and also in different sports.

"So it will be clearer on Wednesday, but not everything should come out just now."

Zhang, meanwhile, as President of China’s National Paralympic Committee and the chair of China Disabled Persons’ Federation, was involved in the surge of popularity of Para-sports at Beijing 2008.

The winner of the election will become only the third IPC President in the organisation's 28-year history.

Tomorrow afternoon's session will also feature the presentations from candidates for the vice-president, a position for which both Petersson and New Zealand’s Duane Kale are in contention.

It will be preceded by presentations from the candidates seeking to be elected as a member at large, all of whom will have up to seven minutes to present in the morning session.

A total of 10 members at large are due be elected on Friday from a list of up to 21 candidates.