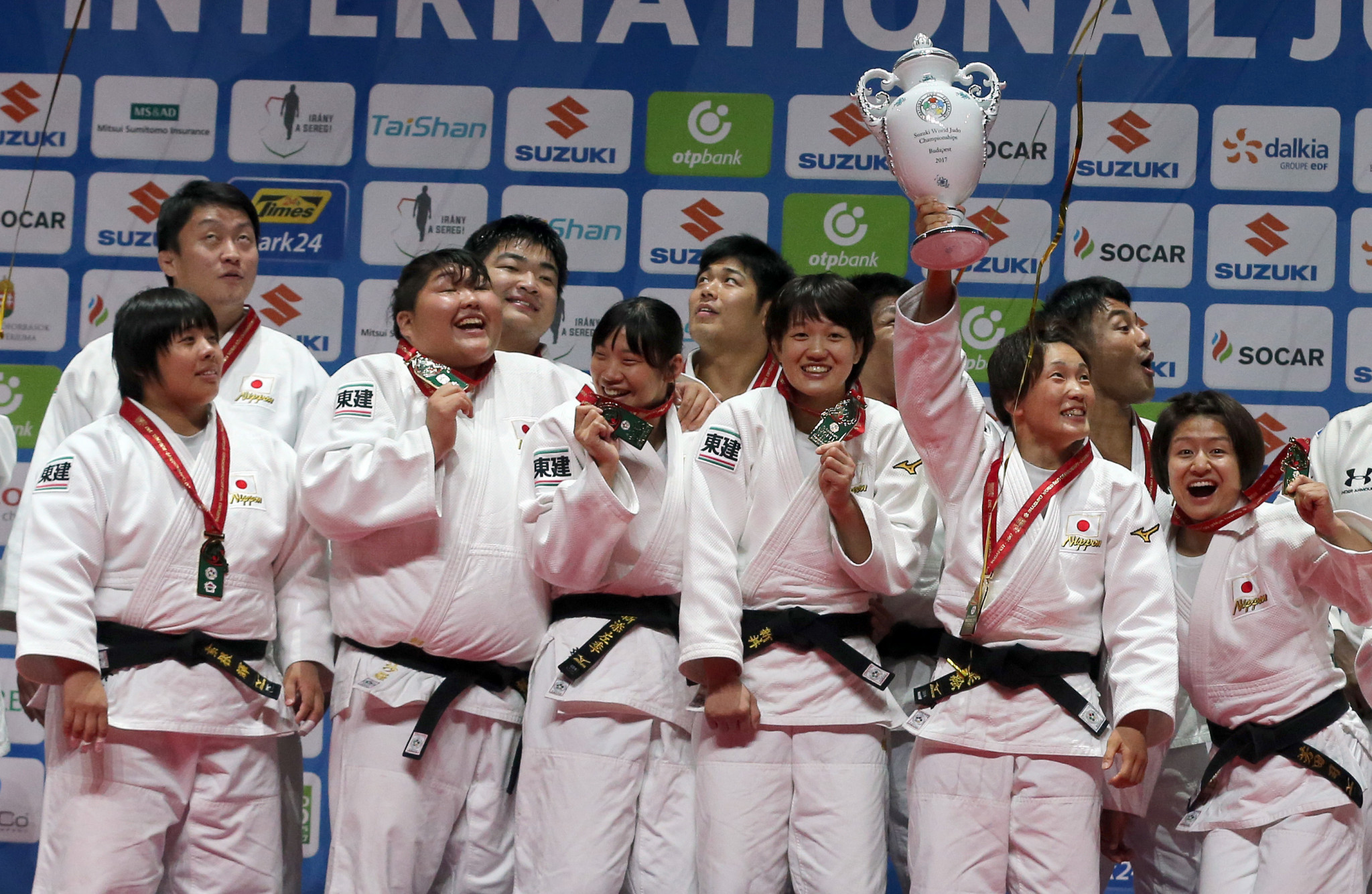 Bach and IJF President Marius Vizer presented the Japanese team with their medals and the trophy after the Asian nation, who claimed seven gold medals in the individual events to finish top of the standings, comfortably beat Brazil in the final.

The IOC President watched the concluding session of the Championships from the VIP box at the arena as part of a fleeting visit to Budapest.

It came after he briefly met with Hungarian Prime Minister Viktor Orbán before arriving here for the bronze and gold medal matches in the first mixed team competition to be staged at the senior IJF World Championships.

The event was also recently added to the Tokyo 2020 Olympic programme as part of gender equality measures spearheaded by Bach and the IOC.

Japan again provided another reminder of the strength of the team the country is likely to field when it hosts the Olympics in 2020 with a commanding team display which saw them sweep all six matches in the gold medal contest against Brazil.

Tsukasa Yoshida got Japan off to the perfect start when she claimed an ippon win over Olympic champion Rafaela Silva in their under-57 kilograms clash.

It quickly became clear that Japan would simply be too strong for their South American opponents and recently-crowned under-73kg world champion Soichi Hashimoto doubled their lead when he narrowly beat Marco Contini.

Chizuru Arai, who won the women's under-70kg gold medal here earlier this week, moved Japan to within one win of securing the team crown after she edged Maria Portela.

The Brazilian was penalised with a shido in the golden score period to hand Arai victory, which gave Japan a 3-0 advantage.

It was left to Kenta Nagasawa to guarantee Japan the title when he went up against Victor Penalber at under-90kg.

After neither judoka troubled the scorers in the four minutes of regulation time, the match went into golden score and Penalber was given a shido by the referee, ending Brazil's chances of claiming an unlikely win and handing the gold medal to Japan.

The next two contests were dead rubbers but Japan maintained the form they showed throughout the mixed team event - and the Championships themselves - as Sarah Asahina overcame Maria Altheman by ippon at over-90kg.

"Honestly at the beginning I did not know how to feel about this mixed team event, but the others, the good atmosphere helped me and it is always really important for me to prove that Japan is one of the strongest judo nations of the world and I am very happy that we could prove it," said Hashimoto.

The bronze medals on offer went to France, who beat Germany 5-1, and South Korea, who eased past Canada by the same scoreline.