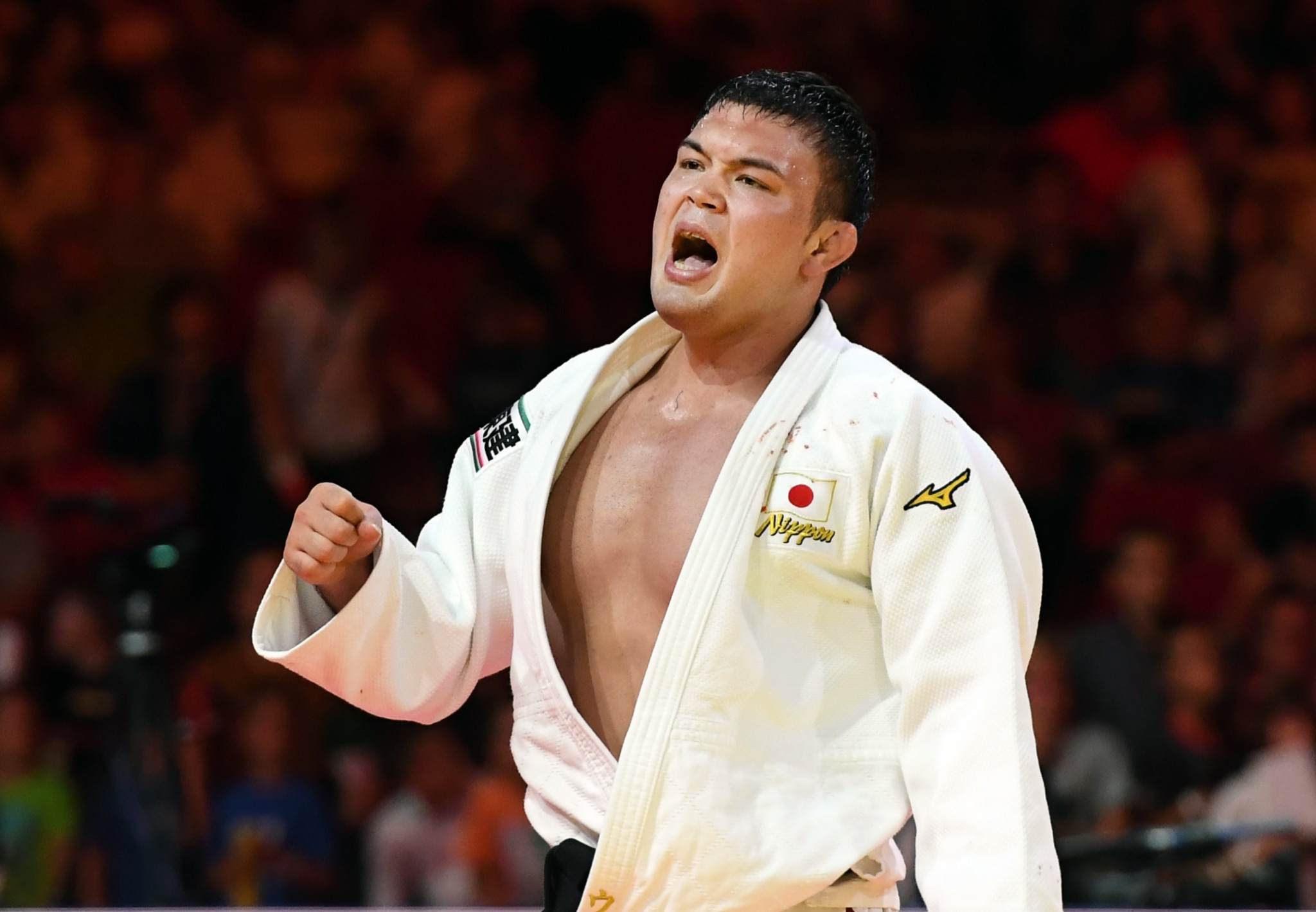 Aaron Wolf secured Japan's seventh gold medal with victory at under-100 kilograms before China's Yu Song denied the country an eighth title by defending her over-78kg crown on the final day of individual competition at the International Judo Federation (IJF) World Championships here.

Wolf ensured he marked his World Championships debut in the best possible fashion as he overcame Varlam Laparteliani of Georgia with waza-ari 27 seconds into the golden score period in the final.

The triumph for the rising Japanese star provided another reminder of the strength of the team the country is likely to field when it hosts the Tokyo 2020 Olympic Games.

Japan then had the chance to claim an eighth gold as Sarah Asahina progressed to the over-78kg final, where she met 2015 world champion and Olympic bronze medallist Yu.

Following a tense battle in regulation time, golden score was required to separate the two and Yu clung on to her title by the skin of her teeth, emerging victorious after Asahina was given a shido in the additional period.

Wolf, who has an American father and Japanese mother, was considered a dark horse in a field which included world number one Michael Korrel of The Netherlands, defending champion and compatriot Ryunosuke Haga and Tokyo Grand Slam winner Kirill Denisov of Russia.

Having breezed through the preliminary rounds, the 21-year-old edged past Olympic silver medallist Elmar Gasimov in a hard-fought quarter-final.

The 2014 World Junior Championships bronze medallist then ousted Korrel, the top seed, as he beat the Dutchman by a single score to reach the final.

Laparteliani was tipped among the favourites for under-100kg glory despite stepping up in weight from under-90kg, a division in which he won a silver medal at Rio 2016.

It was always likely to be a close-knit affair and that is how it proved as neither judoka could find a way through each other's defences and the match went into golden score.

The additional period did not last long, however, as Wolf took his opportunity when it arose and scored the game-deciding point to win his first world title.

Gasimov recovered from his quarter-final defeat and progressed through the repechage before beating team-mate Elkhan Mammadov in the opening bronze medal contest.

Denisov was the recipient of the other bronze on offer as he stunned Korrel with an ippon prior to the midway point of their encounter.

Yu was in destructive form throughout the preliminary stages, winning her first three bouts by ippon before ousting South Korea's Kim Min-jeong 1-0 in the last eight.

The 31-year-old Chinese downed Iryna Kindzerska of Azerbaijan by the same score in the semi-final to continue her bid for a second consecutive World Championships gold medal.

Promising Japanese competitor Asahina, the 20-year-old who had never appeared at a World Championships before, also impressed during the early rounds and was fully deserving of her place in the final.

Yu and Asahina struggled to create many attacking chances during their gold medal showdown and golden score appeared inevitable almost from the outset.

Unfortunately for the Japanese, the match was decided in cruel fashion as she was handed a shido by the referee, gifting Yu the crown.

Kindzerska took bronze with a 3-0 win over Dutch athlete Tessie Savelkouls in an action-packed match.

It came after Kim beat Turkey's Kayra Sayrit, the 2016 European champion who used to represent France, 1-0 in the other bout for bronze.

The event concludes here tomorrow with the first mixed team competition to be held at a World Championships.

The format was recently added to the Olympic programme at Tokyo 2020 and the action is set to unfold in front of watching International Olympic Committee President Thomas Bach.