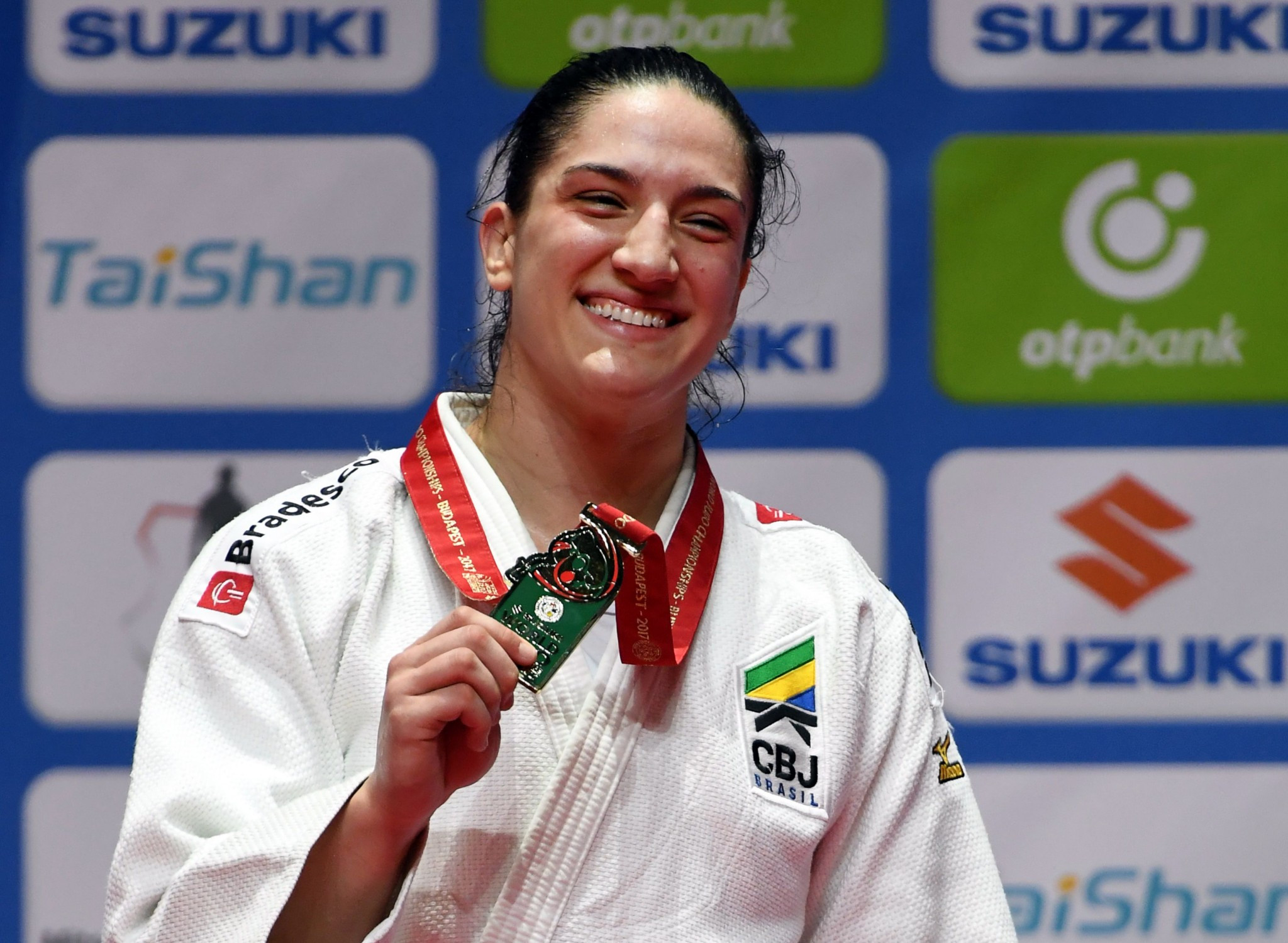 Aguiar, a double Olympic Games bronze medallist, topped the podium for the second time at a World Championships with an ippon win over Useki in the golden score period.

Serbia's Nemanja Majdov secured the other title on offer as he overcame Mihael Žgank of Slovenia in the men's under-90kg final.

Japan have been in formidable form since the event began, showcasing the strength of a team which is likely to form the bulk of their squad when they compete at their home Olympic Games in Tokyo in 2020 by winning two titles on consecutive days.

A fifth crown followed on day three, with yesterday proving to be a barren outing for the nation as they failed to claim gold.

Arai ensured Japan returned to the summit of the podium, where they have spent the majority of the Championships, by ousting Perez midway through their gold medal contest.

The 23-year-old was expected to have too much for the Puerto Rican, who was in unchartered territory in reaching a World Championships final, and so it proved as Arai made Perez tap to secure victory by ippon.

"It's a big pleasure to compete in the World Championships and to win this event is a fantastic feeling, but at the same time it was a small step to me and I'm really focusing and looking for the 2020 Olympic Games," said Arai.

Colombia's Yuri Alvear lost her unbeaten record in 2017 when she was beaten by Arai in the semi-final but recovered to claim bronze with a comfortable win over Marie Gahie of France.

The other bronze medal on offer was taken by Spain's Maria Bernabeu, who ousted reigning African champion Assmaa Niang of Morocco.

Aguiar, who last won a gold medal at the World Championships in Chelyabinsk in 2014, had come into the event in the Hungarian capital as one of the favourites in what was expected to be a fiercely-contested under-78kg competition.

The 26-year-old, winner of Olympic bronze medals at London 2012 and on home soil in Rio de Janeiro last year, passed arguably her hardest test of the day when she ousted French rival Audrey Tcheuméo in the last eight.

Aguiar had prevented an all-Japanese final when she beat Ruika Sato in the semi-final and looked in good form throughout the competition, picking off her opponents with a combination of well-timed attacks and stern defence.

Useki had been a shock winner of the world title in 2015 and was one of only two members of the Japanese team not to take home a medal from last year's Olympics in Rio.

But she appeared to be back to her best here, registering three wins by ippon in the preliminary rounds to progress to the last four.

Useki battled past 2009 world champion Marhinde Verkerk of The Netherlands to reach to the final, where she was forced to relinquish her crown after she was thrown for waza-ari by the Brazilian.

Kaliema Antomarchi earned Cuba's first medal of the event with victory over Sato in the opening bronze medal encounter.

Britain's Natalie Powell joined her on the podium as she beat Verkerk by ippon in the golden score period.

Neither Majdov nor Žgank were named among the contenders before this year's World Championships but they both fought their way through to the final with a series of determined performances.

Considering it was the first world final for both athletes, a tense affair was to be expected when they met for gold and that is how it panned out as there were no scores in the four minutes of regulation time.

The cagey, nervy nature of the contest continued into the additional period before the match was ended when Žgank was given a shido penalty - a decision he disagreed with - to hand Majdov the title.

Georgian Ushangi Margiani also claimed bronze as he ousted Serbian Aleksandar Nikolj to cap off a disappointing day for the top seed.

Individual competition at the event here concludes tomorrow, with the women's over-78kg and men's under-100kg and over-100kg categories due to be contested.

The latter will see the long-awaited entrance of French star Teddy Riner, who has a record of 128-0 and has not lost since 2010, as he bids for a ninth world title in his first appearance on the tatami since the Rio 2016 Olympics.