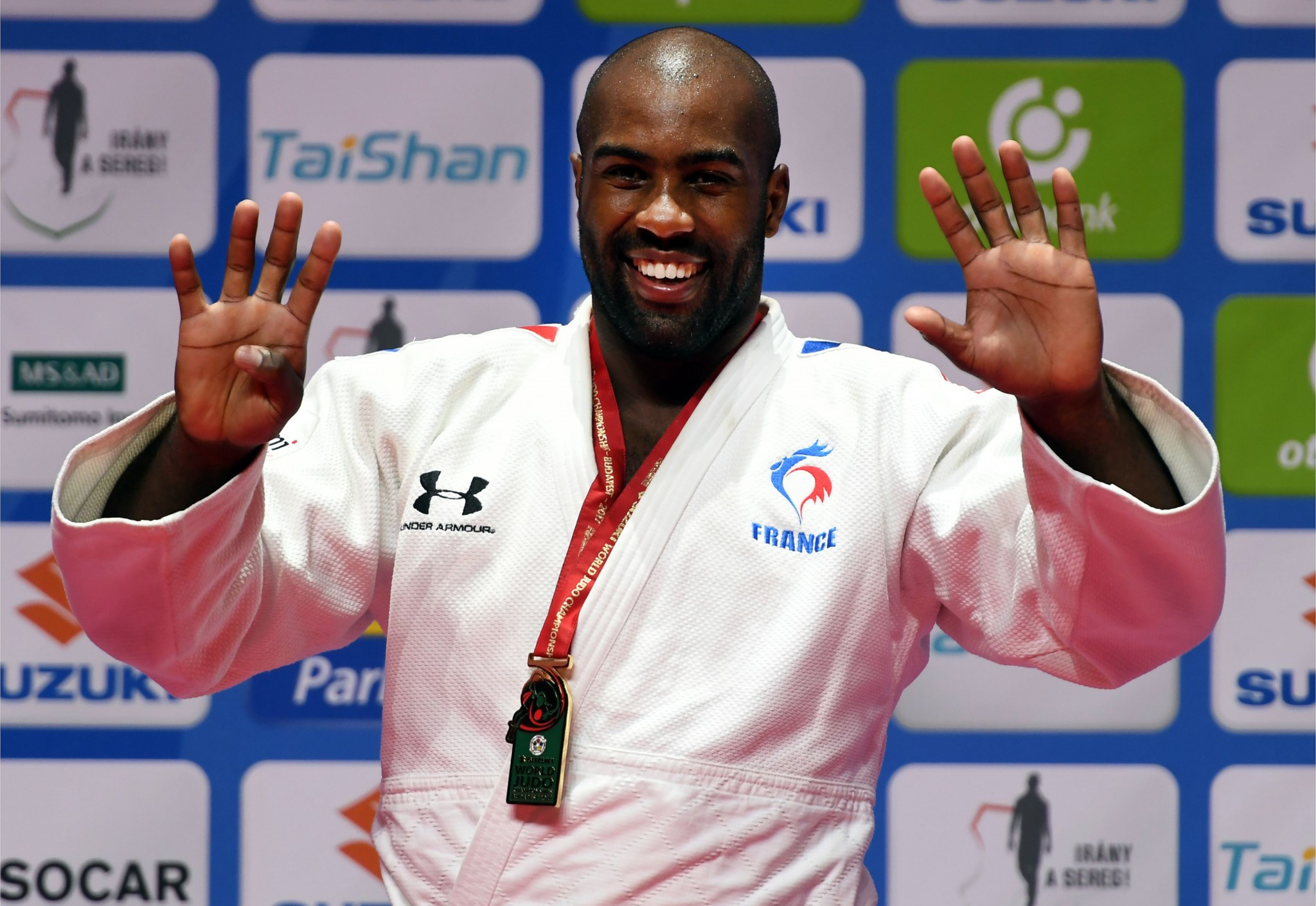 French star Teddy Riner underlined his status as one of the most dominant athletes in sport as he secured a ninth International Judo Federation (IJF) World Championships title and stretched his remarkable winning streak to 134 matches here today.

Riner had not competed since clinching his second gold medal in the over-100 kilograms category at last year's Olympic Games in Rio de Janeiro but remained as formidable as ever as he maintained an unbeaten run which stretches back to 2010.

The unseeded 28-year-old reaffirmed his position among the true legends of the sport as he threw Brazilian opponent David Moura for ippon during the golden score period in the heavyweight final.

Riner and Moura, the top seed in the category, had been locked in a gruelling battle and neither could register a score in the four minutes of regulation time.

As the clock ticked towards the two-minute mark in the additional period, Riner saw an opening and took it with devastating effect, launching the Brazilian to the canvas to claim a sixth consecutive World Championships gold medal.

It came after he survived a huge scare in the semi-finals against Guram Tushishvili of Georgia, who provided arguably the toughest challenge Riner has faced in recent years.

"These days it is very difficult," Riner told CNN Sport.

"This is my first competition since the Olympic Games and now there are a lot of new opponents.

"The younger guys have very beautiful judo, very quick judo, so I am very happy.

"The Olympic Games are very far away.

"After maybe five or 10 days' rest, I will come back, train and go for it again."

Riner had said before the Championships began that everyone in the competition was out to beat the man they call "Teddy Bear".

The last judoka to do so was Japan's Daiki Kamikawa, who ousted the Frenchman in the openweight final at the 2010 World Championships in Tokyo.

None of his early opponents looked like doing so as he dispatched them all in ruthless fashion.

Riner progressed through the preliminary rounds in seamless style, beating Maisara Elnagar of Egypt, Duurenbayar Ulziibayar of Mongolia and Ecuador's Freddy Figueroa by ippon to reach the quarter-finals.

His challenger in the last eight, double Olympic medallist Rafael Silva of Brazil, also failed to put up any resistance against the devastating power and strength in Riner's armoury.

Riner swept aside Silva with a pin-down ippon to keep his pursuit of a ninth title alive.

Tushishvili, the reigning European champion, made Riner work harder than he has had to for a long time and the tense and finely-poised semi-final went into golden score.

It was here where Riner's unbeaten record looked under serious threat as the Georgian looked to have thrown him for waza-ari, which would have ended the match.

But the referees judged Riner had not landed on his back and the contest continued.

It did not last much longer, however, as the double Olympic gold medallist took advantage of a tiring opponent to get the score he needed to progress to the final.

The rest as they say is history as he proved too strong for Moura with a huge ippon to retain his title, his status as the best judoka on the planet and the best the sport has ever seen.

The bronze medals in the heavyweight division were sealed by Mongolia's Tuvshinbayar Naidan, who beat a clearly-fatigued Tushishvili, and Silva, who denied Hungary their first podium finish by narrowly overcoming Barna Bor.