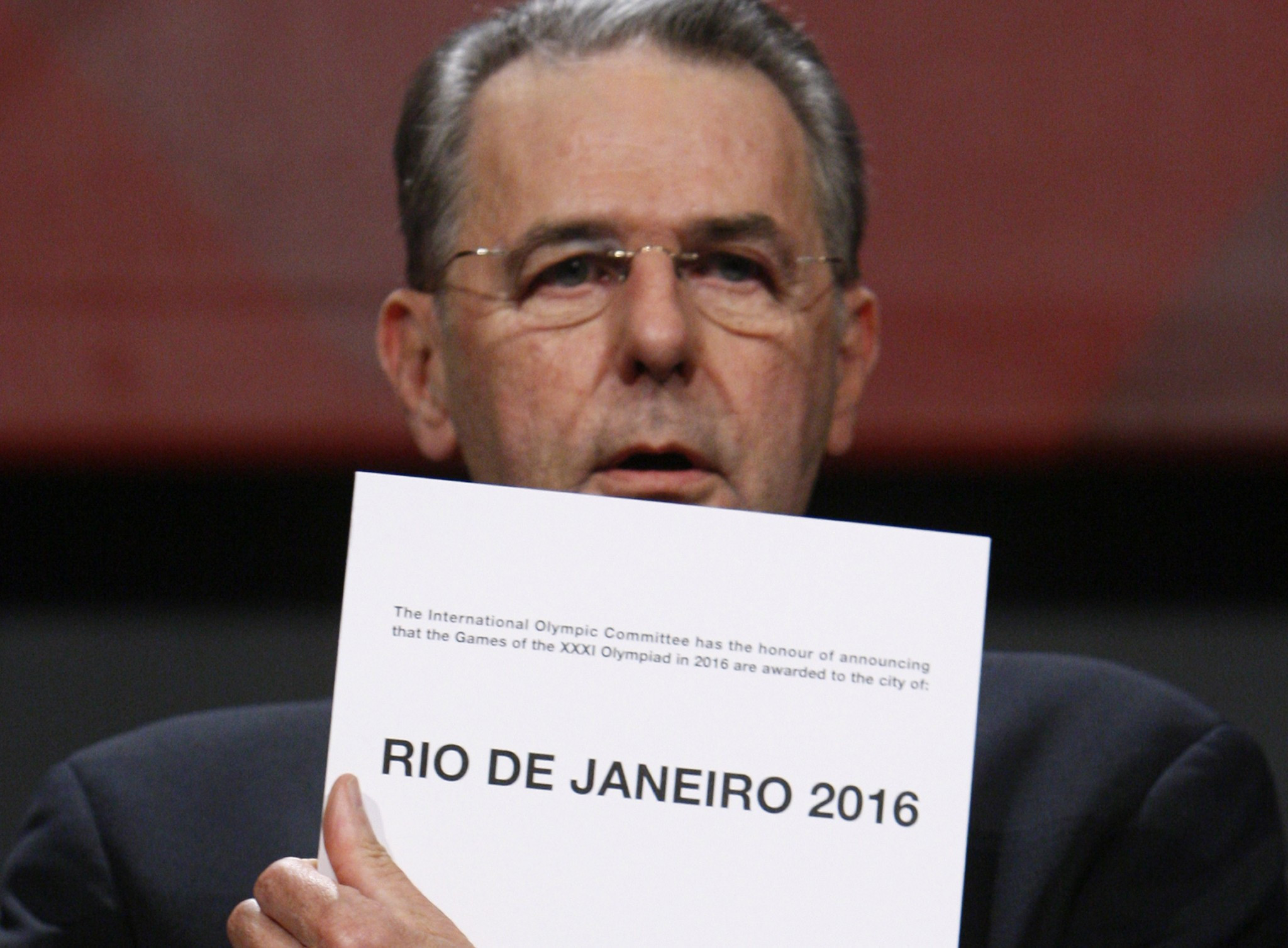 New documents released in Brazil have revealed how officials working for Rio 2016 lobbied in Africa in the late stages of their successful bid to host the Olympic and Paralympic Games.

The documentation, published by the Sportlight Agency following a freedom of information request, outlines that Rio 2016 President Carlos Nuzman travelled extensively around the continent in the weeks before the final vote at the International Olympic Committee (IOC) Session in Copenhagen in October 2009.

A statement was also sent by Brazil's Ministry of Foreign Affairs (MRE) to Brazilian Embassies in Africa in July highlighting "in the context of the Rio de Janeiro candidacy campaign, the Brazilian Olympic Committee (COB) plans to carry out a mission together to some African Olympic Committees in the months of July and August".

An embassy official also received a promise from a Cameroonian official vowing to solicit the support of the Association of National Olympic Committees of Africa (ANOCA) for Rio's cause.

This was all legal under the rules of the IOC at the time with lobbying and meetings with voting members and those who influence them a normal part of Olympic bidding.

The release of the documentation, however, comes at the time of a French investigation into the alleged paying of bribes by figures connected to Rio 2016 in return for a supportive vote.

The revelations led to the Namibian stepping down as chairman of the IOC Evaluation Commission for the 2024 Olympic and Paralympic Games.

He has also been suspended from the International Association of Athletics Federations Council.

Fredericks has denied all wrongdoing.

Documents show that Nuzman, also the COB President, visited Egypt from June 2 to 4, Tunisia between July 20 and 22 and continued on to Guinea.

He then joined Rio 2016 and COB communication and marketing director Leonardo Gryner to visit Kenya from July 28 to 30.

"On the day of their arrival they were with the Kenyan vote-holder at the electoral college [IOC], Kip Keino, at a cocktail party hosted by the Brazilian Embassy," the Sportlight Agency  report revealed.

"Sports material was donated by Brazil."

Nuzman and Gryner also visited Uganda between July 30 and August 1 before travelling to The Gambia on August 27.

Rio de Janeiro was named as host by former IOC President Jacques Rogge in Copenhagen on October 2 after defeating Madrid, Tokyo and Chicago.

Documents obtained by Sportlight Agency also indicate that Cameroon National Olympic and Sports Committee President Hamad Kalkaba Malboum supposedly met with the head of business at the Brazilian Embassy in Yaoundé on July 2.

"At the meeting, Malboum undertook to support Rio's candidacy and waved with the support of the African Olympic Committees," documents said.

"The CNOSC President added that he will defend the Brazilian proposal at the next General Assembly of the ANOCA."

It was later written that this was "of great value for the Brazilian Olympic pretensions".

Malboum, however, has already denied being at the meeting and suggested the wrong name was documented.

"As with many people I liked the concept of an Olympic Games being hosted in the emerging world," he told insidethegames.

"However I did not attend a meeting at the Brazilian Embassy in Cameroon with members of the Rio 2016 Bid Committee or Brazilian diplomats.

"I ask that the media do not repeat this inaccuracy and also that the Brazilian diplomat correctly identifies who attended his meeting so the record can be put straight."

Further documents discussed the awarding of visas to officials to visit Brazil "under the pretext of observers [sic] of competitions held in the country".

There is no evidence found involving IOC members visiting Brazil, something banned since 1998 following the Salt Lake City 2002 bribery scandal, but allowing other officials from North Korea as well as Nigeria was discussed.

"Shortly after the General Assembly of the ANOCA in Nigeria, very close to the IOC vote, the Brazilian embassy in that country consulted on August 26 the MRE on granting visas to Oluwakemi Modupe, sports administrator of the Olympic Committee of that country, who presented an invitation letter from Carlos Arthur Nuzman to be 'an observer of the Brazilian School Games,'" the Sportlight Agency reported.

"According to the statement, with expenses paid by the Nigerian Committee.

"Already immediately after the vote that gave the victory to Rio to host the Games, North Korea through the Brazilian Embassy in China presented the invitation signed by Nuzman to four soccer coaches of the country of Kim Jong-Um to 'attend meetings' on matters related to football, carried out by the Brazilian Olympic Committee."

Rio 2016 did not respond to Sportlight Agency's questions about the reasoning for their lobbying in Africa or why Nuzman invited officials from other countries to Brazil.