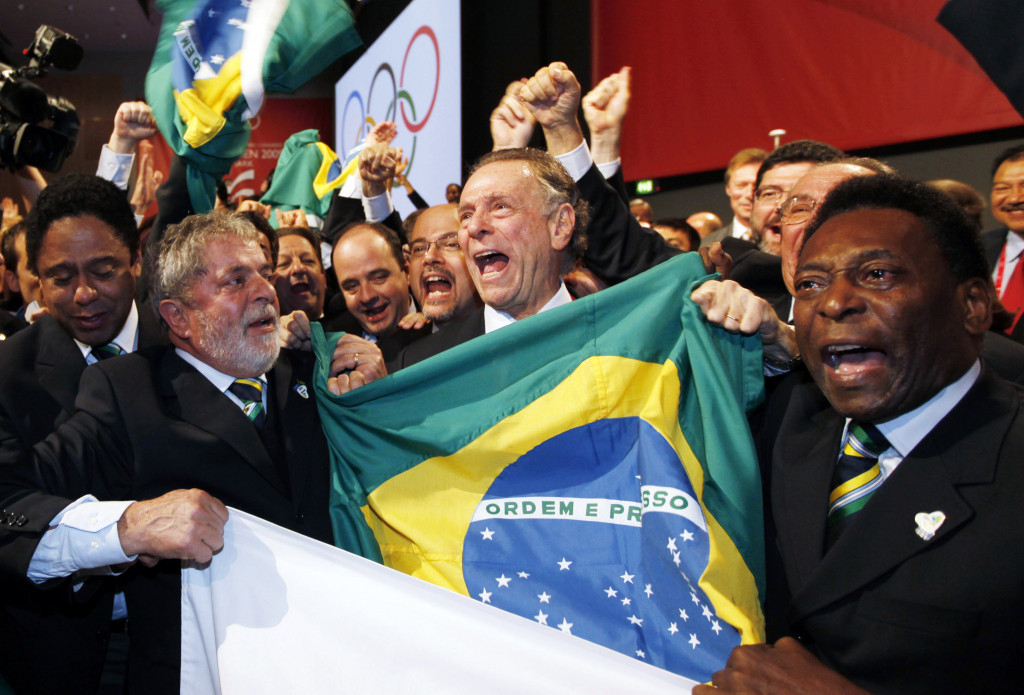 According to Le Monde, French police are probing a company linked to an influential Brazilian businessman paid $1.5 million (£1.23 million/€1.42 million) to a firm set-up by Papa Massata, the son of Senegal's former International Association of Athletics Federations (IAAF) President Diack, shortly before the host city was decided at the 2009 IOC Session in Copenhagen on October 2.

Namibia's International Olympic Committee (IOC) member Fredericks, chair of the Evaluation Commission for the 2024 Summer Games, has also been implicated after receiving funds from Papa Diack during the same period.

Fredericks, a four-time Olympic medal winning sprinter who was also chair of the IOC Athletes' Commission between 2008 and 2012, denies all wrongdoing, but has referred himself to the IOC Ethics Commission.

He was a scrutineer during a 2016 election which took place on his 42nd birthday.

Lamine Diack was at the time a voting member of the IOC who was also thought to be key powerbroker who influenced the votes of others.

Rio de Janeiro was subsequently awarded the Games over Madrid, Tokyo and Chicago.

Brazilian President Luiz Inacio Lula da Silva and football superstar Pele were among those present to support the bid in the Danish capital.

On September 29, three days before the vote, Papa Diack founded-Pamodzi Consulting received the payment from Matlock Capital Group, a holding company based in the British Virgin Islands.

"The French justice suspects that this money may have been used to influence the votes during the election in Copenhagen," the Le Monde article claims.

Soares, who is nicknamed "King Arthur" in Brazil, was involved in many construction deals related to the Games in Rio de Janeiro State and enjoyed a particularly close relationship with Sergio Cabral, the former State Governor who is now in jail awaiting a corruption trial.

But the latest developments are a fresh threat for the IOC, particularly due to Fredericks' high-profile position as chair of the Evaluation Commission for the 2024 race between Los Angeles and Paris.

“The IOC has taken note of the serious allegations made in the French newspaper Le Monde regarding the vote to select the host city of the Olympic Games 2016," added the body's spokesperson Mark Adams.

"The IOC is Partie Civile to the ongoing procedure initiated by the French Judicial authorities against former IAAF President Mr Lamine Diack and his son Papa Massata Diack, the then marketing consultant of the IAAF.

"The IOC remains fully committed to clarifying this situation, working in cooperation with the prosecutor.

"This cooperation has already led to the fact that Mr Lamine Diack, who was previously an IOC honorary member, has not held any function within the IOC since November 2015.

"The IOC will be contacting the French Judicial authorities again in order to receive information on which the article in Le Monde appears to be based.

"As far as Mr Fredericks is concerned, he informed the IOC and explained the situation and emphasised his innocence immediately upon being contacted by the journalist.

"The IOC trusts that Mr Fredericks will bring all the elements to prove his innocence against these allegations made by Le Monde.

"Immediately after a link was made between this contractual payment and the vote for the host city of the Olympic Games 2016, Mr Fredericks himself also turned to the IOC Ethics Commission which is now following up on all the allegations in order to fully clarify this matter.”

Rio 2016 have already insisted there was no corruption.

Papa Diack reportedly replied by saying only "Good luck for your article" when contacted.

He claims the timing in 2009 was coincidental.

"The payment has nothing whatsoever to do with the Olympic Games," he insisted to Le Monde.

Lamine Diack was first arrested in France in November 2015 amid allegations bribes had been taken to cover up failed drugs tests in athletics.

The Senegalese, who stepped down as an honorary IOC member last year after the allegations surfaced, remains in custody for aggravated money laundering and corruption.

His son Papa was one of three people banned for life by the IAAF for helping Russian marathon runner Liliya Shobukhova avoid punishment for doping - with it alleged that money was channeled through a Singapore-based account owned by company Black Tidings.

The Japanese capital was awarded the Games over Istanbul and Madrid at the September 2013 Session in Buenos Aires.

They also deny all wrongdoing.