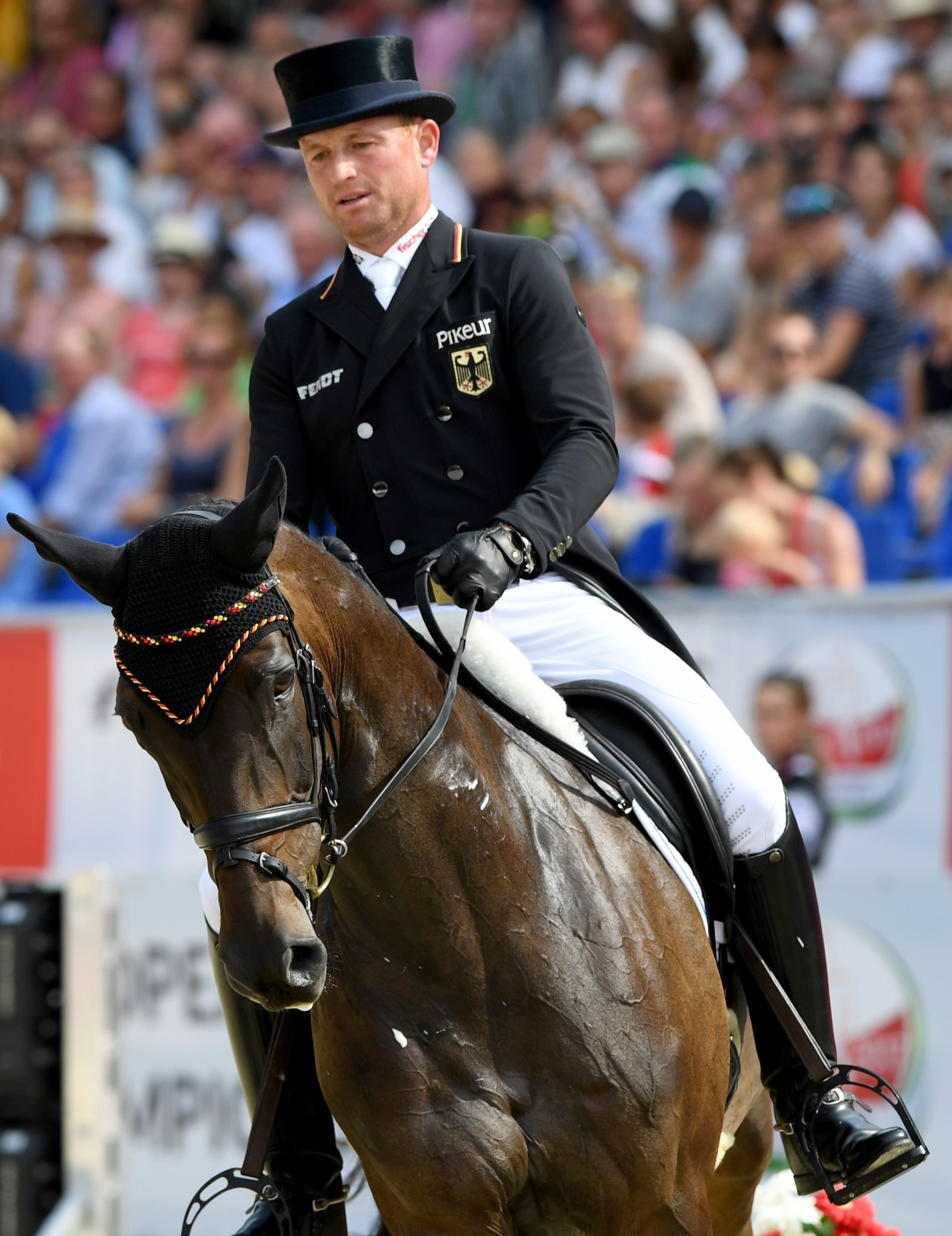 Germany, seeking a fourth successive victory in the International Equestrian Federation (FEI) European Eventing Championships, have begun the defence of their title in Poland with a record team score of 87.7 penalties after the dressage.

After the second day of action at the Stragona Equestrian Center in Strzegom, the German team has a 24.1 lead over France, with Great Britain just 0.1 behind the French in bronze medal position.

Germany’s Bettina Hoy, riding Seigneur Medicott, remains in front after her opening day effort with the a 5.7-penalty lead over team-mate Ingrid Klimke, who scored 30.3 on Horseware Hale Bob.

Another German, Michael Jung, riding FischerRocana FST, moved up to third today on 32.8 as he looks to win a fourth consecutive individual title, just ahead of Britain’s Gemma Tattersall, who achieved a personal best score of 33.1 on Quicklook V.

“It’s an unbelievable start for the team,” said Jung.

“But tomorrow (cross-country) is a strong day and we’ll have to concentrate.

“You’ve got to focus on yourself and not worry too much what’s happening to other people because it will be a long day.”

Sara Algotsson-Ostholt is one place behind the Briton on Reality 39 with 34.2, which puts the Swedish team into fourth place.

With the dressage now completed by all competitors, 15 riders have scored below the 40-penalty mark.

Britain's bright day saw personal bests from Nicola Wilson, who ended the day in seventh individual position on Bulana after scoring 35.1, and Tina Cook, on Billy The Red, who took 12th individual place with 38.2.

Thomas Carlile of France is in sixth place on Upsilon, with team-mate Thibaut Vallette, one of the Rio 2016 gold medallists in the team eventing, standing eighth on Qing du Briot.

Although the Germans have the luxury of such a strong lead, riders predict that his course will be influential with a tight time and a number of accuracy questions which will require full focus from both horse and rider.

“I think it’s a clever course in that the time will be difficult but many riders will complete,” said Hoy.

“We’re all very much looking forward to it.”