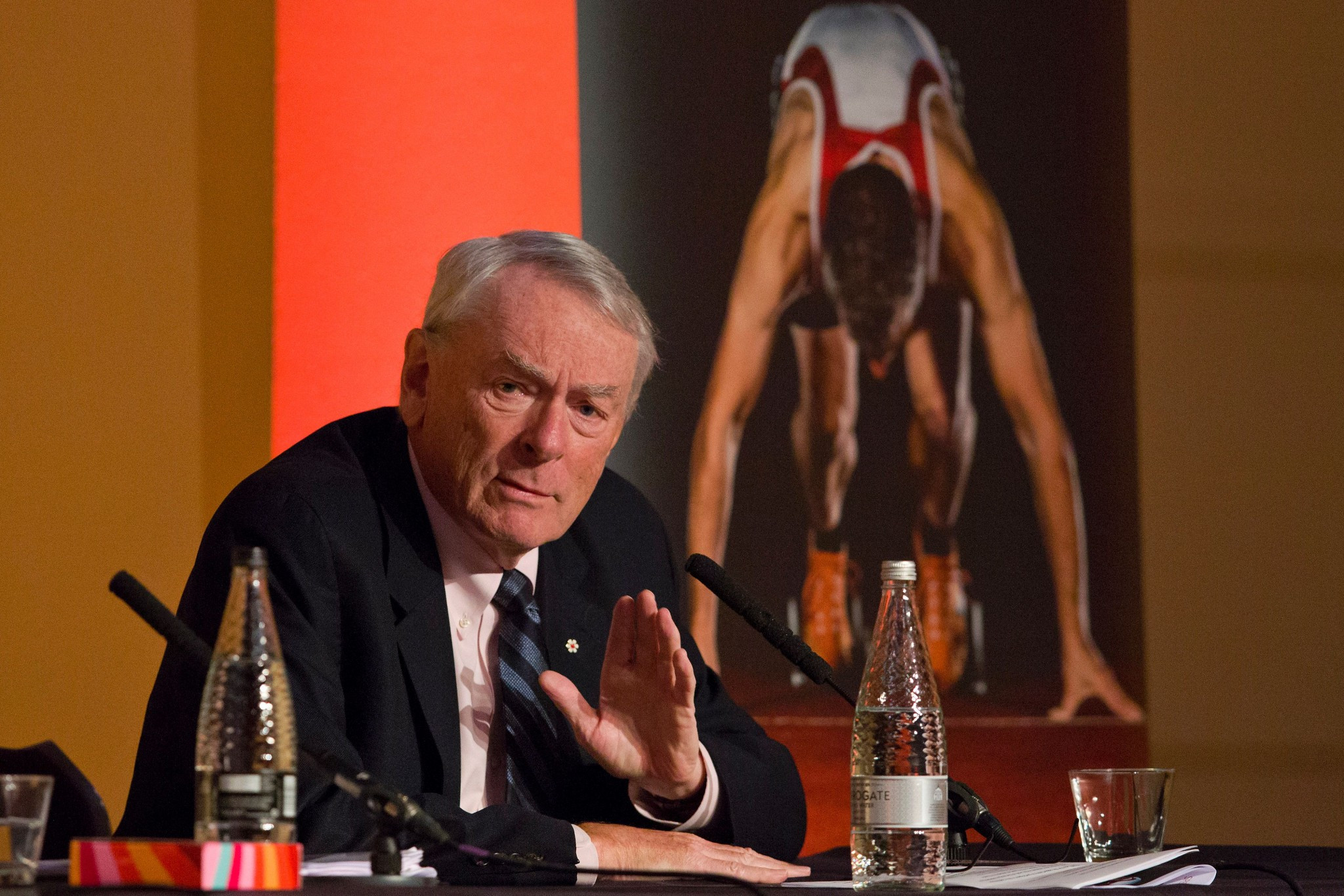 Senior International Olympic Committee (IOC) member Richard Pound has warned that the organisation will face legal action, as well as damage to its reputation, if it only fines Russia for its institutional doping regime at Sochi 2014.

There have been reports that Russia stands to receive only a monetary penalty rather than a ban from next year's Winter Olympics in Pyeongchang.

The IOC denied that this has already been agreed and claimed that any decision will be fully dependent on the findings of two commissions led by Samuel Schmid and Denis Oswald.

It is hoped that both probes will be completed in October.

Pound, the founding World Anti-Doping Agency (WADA), who chaired an investigation into Russian doping in athletics in 2015, claimed that the IOC's reputation would be as bad as that of football body FIFA if they were to accept the money.

"The IOC has to be careful that it isn't a case of: 'Well, there go the principles and it's just like FIFA'," the Canadian told the Mail on Sunday.

"If there's money, you can get around bad conduct.

"If I were considering this and I were [IOC President] Thomas Bach I would be giving a lot of thought to the downside of coming into a lot of money."

Pound also warned that athletes who have been denied prize money by drug cheats could consider suing the IOC to receive a proportion of the fine.

"If it's in respect of the doping I'd be inclined to say money should go to WADA but there will be athletes who have been cheated saying this should be used to pay the prize money I was denied," he added.

"There is potential for backlash."

Pound's fellow Canadian Beckie Scott, chair of the WADA Athlete Committee, told insidethegames last week that a fine would be a "superficial" punishment before suggesting that suspending Russia from Pyeongchang 2018 would be more suitable.

Angela Ruggiero and Tony Estanguet, chair and vice-chair of the IOC Athletes' Commission who each also sit on the WADA Athletie Committee, claimed in a statement posted on the IOC-run Olympic Athletes' Hub that Scott's comments were "inappropriate" given that the IOC investigations - originally due to be completed in March - are still ongoing.

The WADA-commissioned McLaren Report found evidence of an institutional doping regime at the 2014 Winter Olympic and Paralympic Games in Sochi 2014, along with other events, at which samples belonging to around 15 medal winners were illegally tampered with.

The IOC's Schmid probe is attempting to establish precisely who is responsible for masterminding the cover-up in Russia.

It is also using new technology in an attempt to prove that test tubes were opened to swap urine samples.

Some believe the IOC are actually considering stronger action, including the possibility of making Russian athletes compete neutrally rather than under their own flag at Pyeongchang 2018.

Figures in Russia and in the anti-doping community, though, appear to believe this will not happen.

The IOC have so far refrained from doing so and have repeatedly criticised WADA for proposing a blanket ban and for its supposed failures in not uncovering the scandal earlier.

Rolland, proposed for election as a new IOC member at next month's Session in Lima, made his comment in a Presidential Report contained within agenda papers for World Rowing's Ordinary Congress in Sarasota-Bradenton on October 2.

"As a consequence of these [doping] scandals the credibility of sport organisations has been again severely damaged although it could be seen as necessary steps in the war against doping and the cheaters," he wrote.

"What makes me very annoyed and frustrated is how the sport organisations handled the crisis related to the McLaren report.

"In one word: divided.

"The media largely reported the extreme tensions between WADA, the IOC and the IPC, resulting from their different approaches to dealing with the situation."