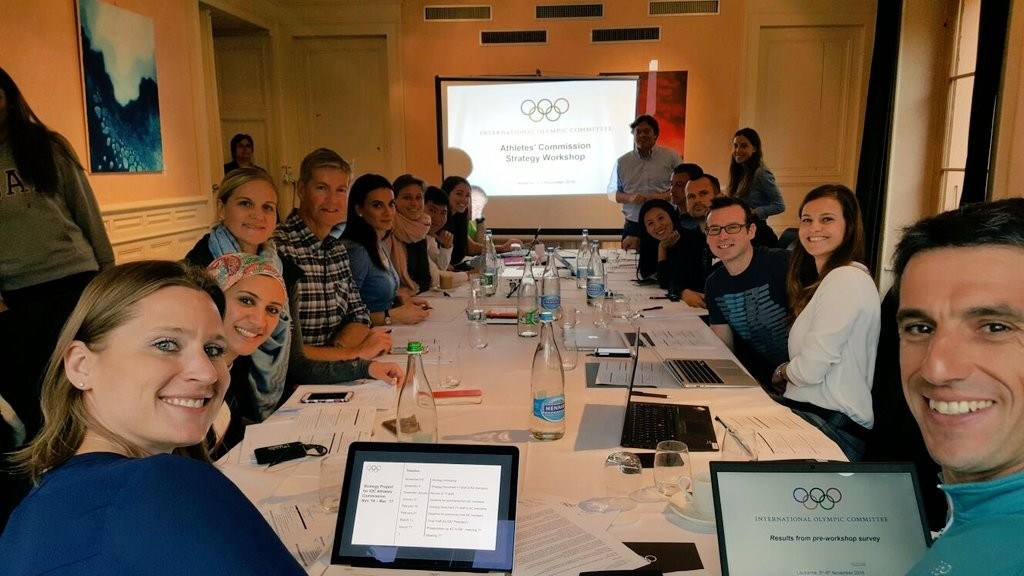 Scott, a former cross-country skiing Olympic champion and chair of the WADA Athlete Committee on which both Ruggiero and Estanguet sit, told insidethegames on Wednesday (August 9) in response to reports suggesting that the IOC that only fining Russia over allegations in the McLaren Report would be a "superficial gesture".

The Canadian, a former member of the IOC Athletes' Commission, called for a stronger punishment such as a suspension from next year's Winter Olympic Games in Pyeongchang.

The IOC insist that no decisions have yet been made and claim that they will be fully dependent on the findings of two commissions led by Samuel Schmid and Denis Oswald.

A tentative deadline of October has been given for this to happen.

"As IOC Athletes’ Commission and members of the WADA Athlete Committee, we are completely focused on supporting clean athletes on and off the field of play," a joint statement issued by Ruggiero and Estanguet and published on the IOC-run Olympic Athletes' Hub late today.

"As athletes we know nothing is more important than the integrity of competition and we trust and expect that IOC, WADA, and all parties involved will take strong actions once the facts are clear.

"While we all want a swift resolution for athletes, we believe the comments made by the chair of WADA's Athlete Committee are inappropriate at this time."

Ruggiero and Estanguet, each playing leading roles in Paris' and Los Angeles' bids for the 2024 and 2028 Olympic Games, added in the statement they "do not wish to speculate" on the eventual decision.

They expressed hope that "other Athletes’ Commissions will refrain from comment until the full facts of the case emerge and the investigations are completed".

They added: "We believe speculations about possible outcomes without knowing the result of the work of the two IOC Commissions is creating confusion to athletes.

"Therefore, we are all urgently awaiting the two IOC Commissions to complete their work ahead of the upcoming winter season so that athletes are accurately informed about the facts, the actual situation and resulting decisions, ultimately leading to cleaner sport for all."

The statement posted on the Olympic Athletes' Hub included a reference to point six of a WADA Athlete Committee statement issued following their meeting here which defended the Court of Arbitration for Sport (CAS) and criticised those who have questioned its "independence".

CAS, whose President influential IOC vice-president John Coates, is expected to play a key role in administering any decision that the IOC makes regarding Russia and cases against individual athletes.

insidethegames understands this followed a discussion on CAS decision-making processes at the meeting.

Unlike the International Association of Athletics Federations and the International Paralympic Committee, the IOC have yet to punish Russia following the allegations in the WADA-commissioned report by Canadian lawyer Richard McLaren.

Mixed messages appear to be coming out of the IOC and its President Thomas Bach at the moment as to what punishment will be imposed on Russia.

On the one hand, they are appearing to pave the ground for a stricter punishment if, as expected, the IOC investigations confirm that samples were illegally tampered with at Sochi 2014.

On the other, they appear to be giving figures in Russia and elsewhere confidence that only a fine and bans against those athletes directly linked with doping will be issued - so long as no further evidence comes to light.

insidethegames has been told that figures in Russia have made it clear to the IOC that they will refuse to compete neutrally and will boycott the Games if they are not allowed to participate under their own flag.