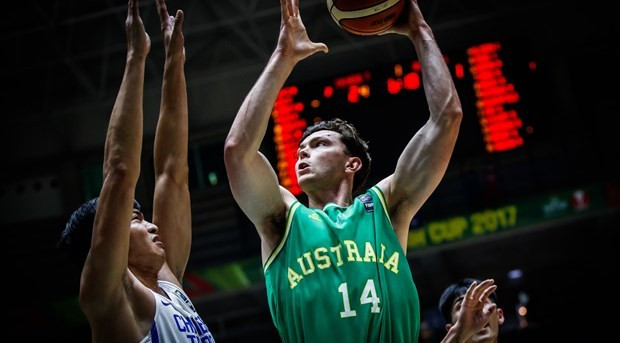 Australia secured their place in the International Basketball Federation Asia Cup quarter-finals with a comfortable win over Chinese Taipei in Beirut today.

The tournament debutants triumphed 90-50 at the Nawfal Sports Complex to secure top spot in Group D.

Holding a 22-point lead at the midway point, Australia went onto extend that to 40 by the end of the contest.

Mitch Creek led their scoring with 22 points, followed by Angus Brandt with 12

In Group C, New Zealand clinched top spot on points differential despite suffering a 76-75 defeat at the hands of South Korea.

Ung Heo's free throw with 27 seconds remaining ultimately proved to be the winner.

New Zealand’s Shea Ili saw his shot bounce off the rim as time expired but his country still guaranteed qualification for the quarter-finals.

The quarter-final qualifying matches from Groups C and D, for teams finishing second and third, will pit Japan against South Korea and Lebanon against Chinese Taipei.

They are due to take place on Monday (August 14).

The final round of games in Groups A and B are scheduled for tomorrow.