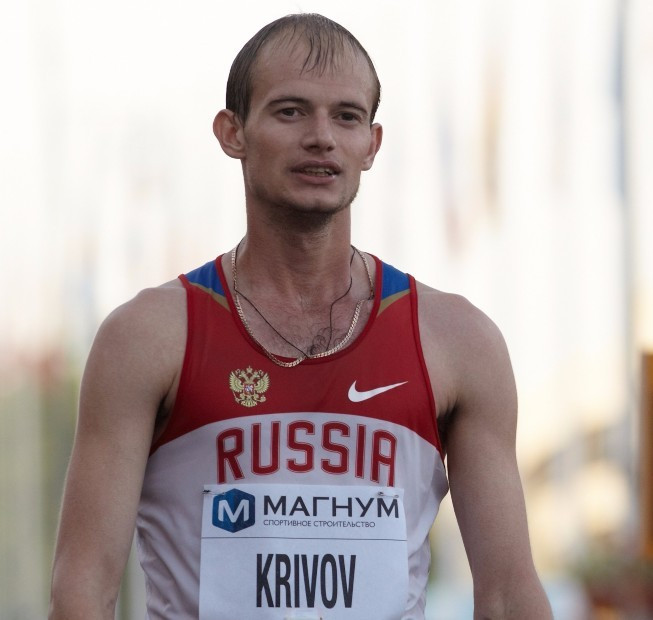 Andrei Krivov is set to be stripped of the 20 kilometres race walk gold medal he won at the 2011 Universiade in Shenzhen after he was given a three-year doping ban by the Court of Arbitration for Sport (CAS).

The Russian race walker avoided losing his second Universiade title in the 20km event, which he claimed on home soil in Kazan in 2013, as it fell outside of that time period.

He only narrowly avoided being stripped of the other gold medal though, as he clinched victory on July 9.

Mikhail Ryzhov, one of five Russian race walkers suspended for four years in June 2015 after testing positive for erythropoietin and who won a silver medal in the 50km at the 2013 World Championships in Moscow, is in line to be upgraded to gold.

Andrés Chocho of Ecuador will be moved up to the silver medal, with Brazil's Moacir Zimmermann taking bronze.

Krivov, 37th in the 20km at London 2012, is also likely to lose his silver medal he sealed at the World Race Walking Cup in Saransk in Russia prior to the Olympic Games.

Russian middle distance runner Natalya Yevdokimova has been banned for four-years and her competition results from August 17 in 2009 to May 29 in 2012 have also been wiped from the record.

Yevdokimova won silver medals in the 1500m at the Russian National Championships in 2003 and 2004.

Both Russians have been suspended for abnormalities in their athletes biological passports.

A spokesperson for the recently-established Athletics Integrity Unit (AIU) confirmed to insidethegames that they had been informed of the respective sanctions given to Krivov and Yevdokimova.

"The AIU can confirm that it is aware of, and indeed has received the decisions delivered by the Court of Arbitration for Sport with regards to the two athletes," an AIU statement read.

Richard McLaren's report, commissioned by the World Anti-Doping Agency, alleged that more than 1,000 Russian athletes were implicated in the manipulating and tampering of samples at major events.

The Canadian lawyer said the 2013 Universiade in Kazan was used as a testing ground for sample manipulation which took place at events including the 2014 Winter Olympic and Paralympic Games in Sochi.