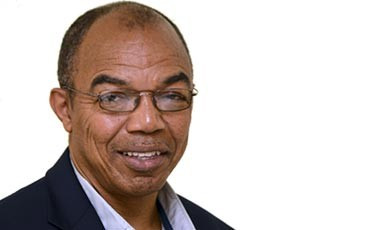 Jamaican officials have defended their decision to vote to lift sanctions imposed on Russia by the International Association of Athletics Federations (IAAF) for doping and claimed more countries would have supported them if the ballot had been secret.

insidethegames had revealed exclusively yesterday that Caribbean country were one of only 21 countries out of 187 who supported Russia, suspended from international competition since November 2015 following allegations of state-supported doping.

The decision was taken only two days after athletics' biggest superstar, Jamaica's Usain Bolt, had warned the sport would die if it did not eradicate doping.

"Why would we not support it?" Bolt said.

He is not likely to be just as angry that those charged with running the sport in his home country appear to have delivered another public snub to Coe.

But JAAA President Warren Blake claimed that he believed Russia had done enough to justify having their ban lifted.

"You look at the number of Russian athletes that are competing; albeit they are not competing under Russia, and there is a significant body of opinion that the athletes should be able to compete for their country," he told the Jamaican Gleaner.

"So you tell me why they could not let back Russia in and let their athletes be subjected to the same strictures in order to compete; that they would have to certify them clean before they can compete?

"They [Russia] have gone a significant way down the road on all the criteria targets.

"They have gone a significant way in meeting all the criteria targets,"

Besides the countries who publicly supported Russia, another eight effectively abstained by not registering to vote.

Under Coe, new procedures have been introduced which means the vote of each country is displayed on a giant board.

it is clearly something that Blake opposes.

"This open voting; a lot of persons could not vote with their conscience because of open voting," he told the Jamaican Gleaner.

"Congress has never voted on the issue of whether or not ballots should be open votes or not.

"That was one of the issues that was before Congress...and it was taken off the ballot paper to be determined at a future date."

He revealed that since the ban was imposed following the findings of a report commissioned by the World Anti-Doping Agency nearly two years ago, 72 Russian athletes had been sanctioned for doping and eight coaches banned for life.

Shlyakhtin told delegates at the IAAF Congress that he was "shocked" at the "the use of doping by athletes, the concealment of doping tests results, corruption and extortion of the former leadership of RusAF and the IAAF".

Coe claimed afterwards that it had been an important step forward towards Russia's re-admission to the IAAF.

"The whole [IAAF] Council and the whole Congress was pleased...that the Russian Federation recognized themselves that they have been through some pretty torrid times and are doing everything possible to make sure the Federation is re-engineered."

Russian athletes missed last year's Olympic Games in Rio de Janeiro as a result of the ban and the 19 competing at the IAAF World Championships, due to open here later today, have to compete under a neutral banner.

Russian Deputy Prime Minister Vitaly Mutko called the decision by the IAAF Congress to extend his country's ban as a "dead-end decision" that undermined its commitment to the sport.

"It's not surprising, but thinking globally, it's sad, of course it's a dead-end decision, it doesn't lead anywhere," Mutko told Russia's official news agency TASS.

"[The] IAAF is supposed to develop the sport of athletics, but what kind of sport is it developing."