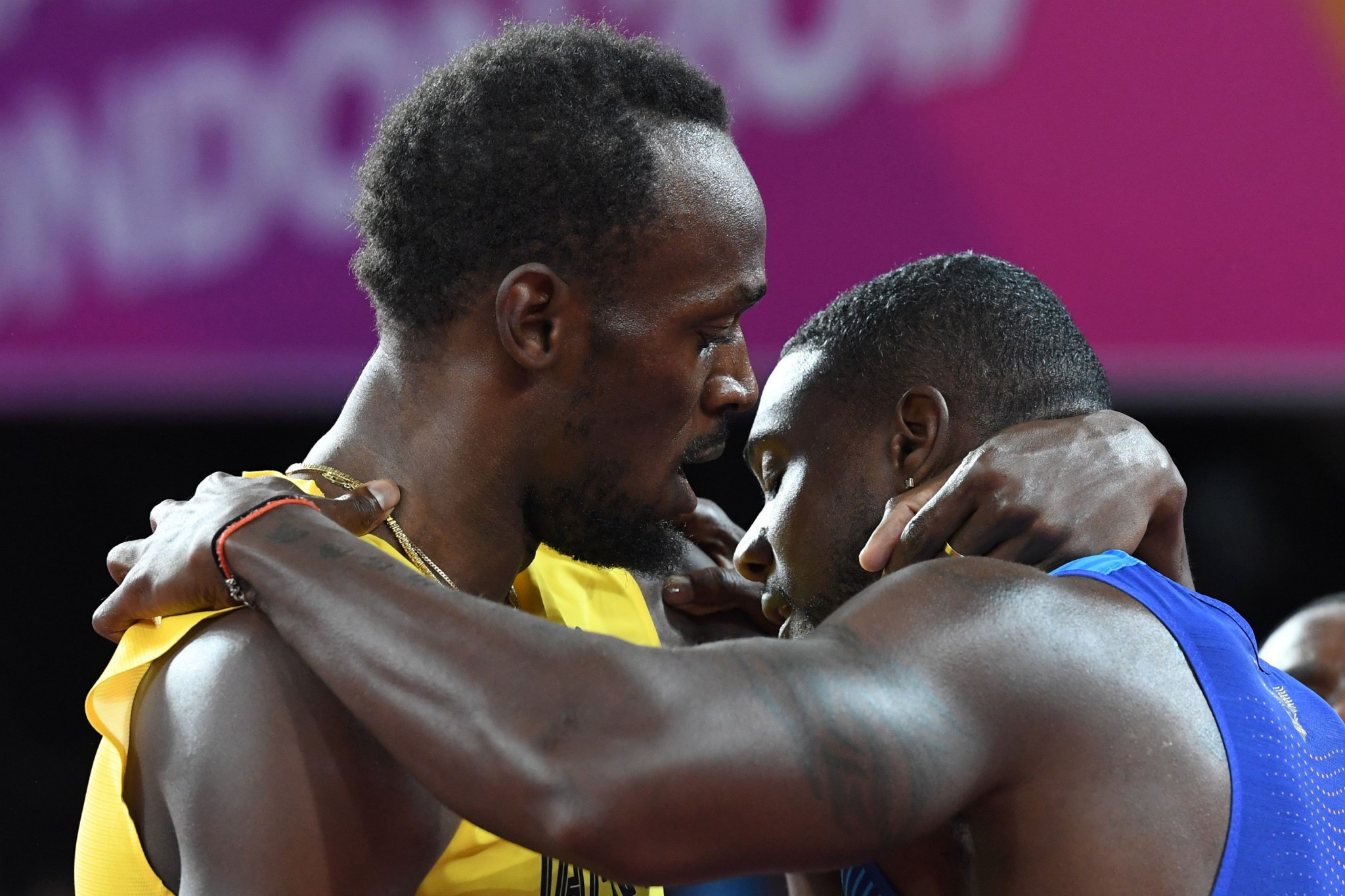 Justin Gatlin picked up the script, ripped it in half and then tore it into shreds by stunning Usain Bolt to win the men's 100 metres crown at the International Association of Athletics Federations (IAAF) World Championships here tonight.

It was a result which had been predicted by virtually nobody and the American was roundly booed by a 60,000 capacity crowd - but only once they had got over the initial shock of his victory.

Gatlin, the Olympic 100m gold medallist at Athens 2004 either side of two separate drugs bans, started superbly and then stayed clear to win in 9.92sec.

Christian Coleman completed an American 1-2 by snatching silver in 9.94 as Bolt - only partially recovering from a terrible start - finished a further hundredth behind in third.

Bolt had promised that this would be his last ever individual race but for many the result was a ending fit for the darkest Shakespeare tragedy rather than a rousing encore.

Chants of "Usain Bolt" reverberated around the Stadium even after the result.

Cameras and commentators lingered on the Jamaican even as Gatlin - appearing as stunned as everyone else - tearfully sunk to the floor in triumph before raising a finger to his lips.

Once he rose to his feet, he turned down the opportunity of a lap of honour, instead leaving Bolt to milk the moment with a farewell lap that took 15 minutes.

It marked Gatlin's first world outdoor crown since he claimed the 100 and 200m double in Helsinki 12 years ago and followed successive silver medals behind Bolt in the shorter sprint at Moscow in 2013 and Beijing in 2015.

"It's just so surreal right now - I jumped in the crowd and went wild," the winner said.

"Usain has accomplished so much in our sport and inspired others like Coleman to come out and compete in the championships.

"Usain said: 'Congratulations, you deserve it,' And that's from the man himself.

"He knows how hard I work - tonight was all about the W [win] and I managed to sneak it."

At 35, Gatlin is the oldest World Championship or Olympic gold medallist in history.

The American will never be celebrated for his sporting successes, however, and will forever remain a notorious figure in the eyes of many, despite his impressive perseverance.

He served a two-year drugs ban after testing positive for amphetamines in 2001 before being handed an eight-year ban - reduced to four on appeal - following a second failure for testosterone in 2006.

Unlike other convicted drugs cheats, such as the recently retired Briton Dwain Chambers, Gatlin has always protested his innocence.

Rarely has the outcome any race, or indeed, any sporting event, seemed less popular.

A loss by Bolt to someone else, such as Coleman, could have been presented as a changing of the guard and of a bright future for a sport desperate for a new figurehead.

There was a deep sense lingering around the Stadium after tonight's result that this was a blow for athletics as much as for those hoping for a glorious final chapter from the greatest sprinter in history.

Bolt is not competing over 200m here but could yet return in the 4x100m relay.

"It is just one of those things," he said.

"Thank you to London for all your love and appreciation.

"My start is killing me, normally it gets better during the rounds but it didn't come together."

The 30-year-old had earlier suffered his first defeat in any individual race for four years in the semi-finals.

Coleman shot out of the blocks in comparison with the lumbering Bolt before holding him off by a single hundredth in 9.97 to end a 45 race unbeaten streak.

His last defeat in an individual race had come against Gatlin over 100m at the Rome Diamond League in 2013.

Even then, few observers expected anything other than a Bolt masterclass in the final.

His disqualification for a false start at the 2011 World Championships 100m in Daegu - a race won by tonight's fourth place finisher Yohan Blake - was at this stage still his only defeat in a major championship final since he first shot to prominence nine years ago at the Beijing Olympics.

Hundreds of spectators flocked to the warm-up in a desperate attempt to catch a glimpse of their hero.

Sporting special custom purple and gold shoes, with the words "fastest" and "forever" written on each side, he then entered the stadium to a thunderous reception from a crowd who had been almost as loud in booing Gatlin a moment earlier.

Their excitement levels had already been ramped-up by the sight of a streaker evading and then sidestepping security in a daring sprint down the track before being belatedly hauled into the infield.

The greatest drama - and upset - was still to come.