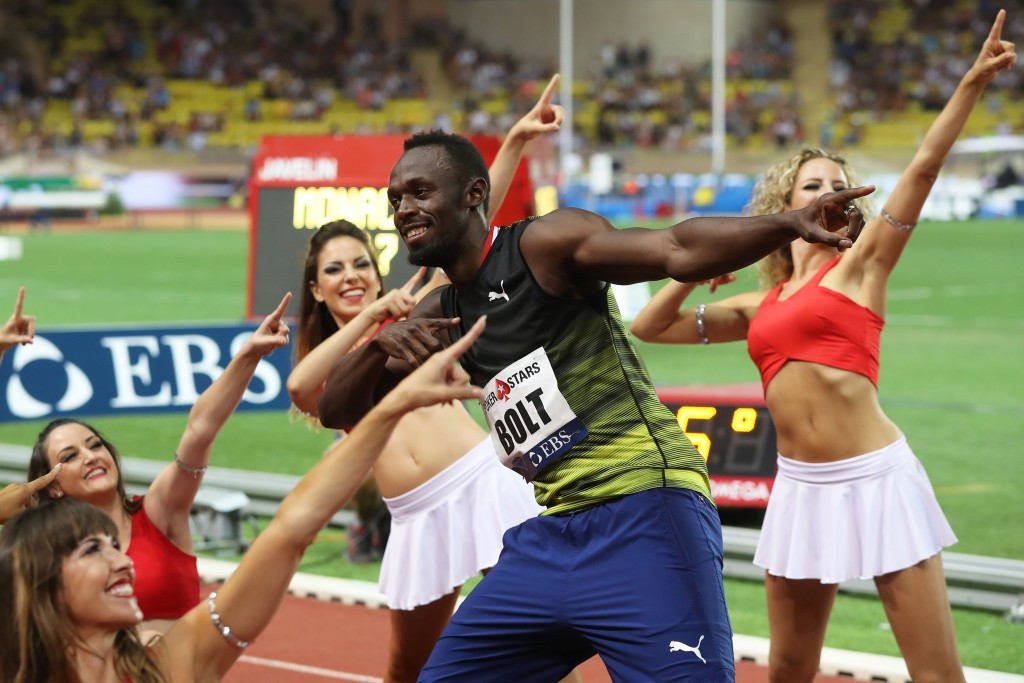 Usain Bolt rose to the challenge as so often before tonight here at the eleventh International Association of Athletics Federations’ Diamond League meeting of the season as he won the 100 metres in 9.95sec to register his first sub-10 seconds timing of 2017 nicely in time for what will be his final major appearance in London next month.

Victory for the 30-year-old Jamaican was the emotional highlight in an evening of outstanding performances.

Despite making a sluggish start Bolt began his familiar surge from 30 metres onward, and with 20 metres remaining he was already closing down and cruising before he crossed the line 0.03 seconds ahead of his closest challenger, Isiah Young of the United States.

He had said ahead of this race in the 11th IAAF Diamond League meeting of the season that it "would be good to dip under 10 seconds" - and now he has his wish as he prepares himself for next month’s concluding challenge of defending his world 100m title.

Third place on a night which marked the 30th anniversary of this meeting went to South Africa’s Akani Simbine in 10.02, with Britain’s  Chijindu Ujah fourth on the same timing.

"It was good, I’m going in the right direction, there’s still a lot of work to do," Bolt said after running a time that now moves him up to joint seventh in a 2017 world list headed by Christian Coleman of the US on 9.82.

"I am always here for the fans, and of course I will miss the vibe around the track. There are mixed emotions always – happy for my career, sad that it is ending.

"It was an exciting race, there was lots of energy.

"I’m planning to chill with my family after London.

"My plan after this season?

Bolt's evening was rounded off by the presentation of a giant golden "Hercules" trophy offered over to him by Prince Albert II.

For another 30-year-old world record holder, however, the evening ended less happily.

Renaud Lavillenie could only finish fifth in the men’s pole vault after a single clearance of 5.72m in a competition won by Poland’s Piotr Lisek with 5.82m

Brazil’s Olympic champion Thiago Braz, who failed to register a height in Lausanne last week, was ninth with 5.60m - which equalled his season’s best.

"I was out of oil for 5.82, but it’s nothing to worry about before the Worlds," Lavillenie said.

"Sometimes my worst performances precede my best ones…"

While there was disappointment for Lavillenie, there was relief for another 30-something Olympic field event champion, Caterine Ibarguen.

Rojas, the world indoor champion, led from the start, extending her advantage with a second round effort of 14.72m.

Ibarguen got close in the fifth round - 14.67m - but not close enough.

Now the question went to the 21-year-old.

Her response was terrific – and three centimetres short.

There was a struggle of similar intensity in the men’s javelin, where the two Germans who are leading the charge towards Jan Zelezny’s world record territory - Olympic champion Thomas Rohler and Johannes Vetter - seeking what could be a hugely significant win.

Rohler, whose huge season-opener of 93.90m was eclipsed last week by the 94.44m which now has Vetter second on the all-time lists, re-asserted himself with a win thanks to a best of 89.17m, with Vetter eventually third on 85.14m behind the Czech Republic’s Jakub Vadlejch, who managed 85.43m.

There was little doubt over the winner of the women’s high jump - the only question was: how high can Lasitskene, the only woman over 2.00m this season, go?

Five first-time clearances from 1.85m up to 2.00m settled the result.

Only  a matter of time..

Van Niekerk was pushed to the line by Botswana’s Isaac Makwala, who was rewarded with a season’s best of 43.84 and then announced he would double over 200m/400m in London.

Semenya, too, was pushed, all down the final straight, by the Burundi athlete who told silver behind her at Rio 2016, Francine Niyonsaba, and Ajee Wilson of the US.

The champion responded as champions should, but her challengers also had their rewards.

Wilson also earned a national record, 1:55.61, as did 2015 Beijing silver medallist Melissa Bishop, who ran 1:57.01 to take fifth place behind Sifan Hassan of The Netherlands, whose 1:56.81 was a personal best.

The men’s 1500m  provided drama also, if on a slightly lesser scale as Elijah Manangoi took over the lead from fellow Kenyan Timothy Cheruiyot in the final 50 metres, and then took over his place at the top of this year’s world rankings with a winning time of 3:28.80.

The women’s 100m hurdles was as competitive as expected - and as expected, won by Kendra Harrison, in 12.51, one hundredth of a second ahead of US compatriot Sharika Nelson.