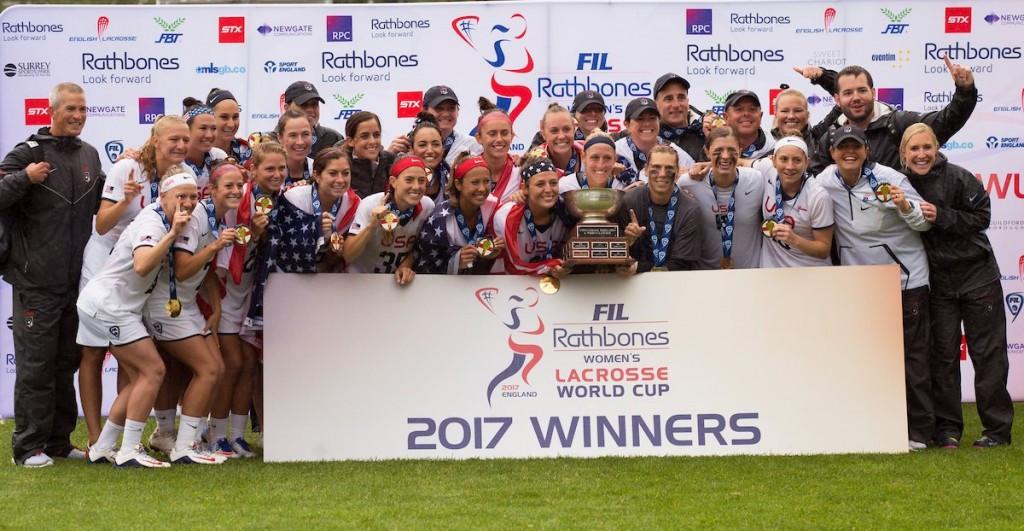 The United States secured their third consecutive Federation of International Lacrosse Women’s World Title with a 10-5 victory against Canada today.

It was a comfortable win for the US at the Surrey Sports Park in Guildford in England as they hit the front early on and then found themselves 8-1 ahead by the 42nd minute.

Canada battled back some pride with four of the last six goals going their way but the damage had already been done.

Sarah Bullard netted three times for the US, while her team-mates Marie McCool and Laura Zimmerman scored twice each.

In the third-place playoff, England came through a thrilling match to take the bronze medal against Australia.

The hosts were 9-5 down only for a brilliant fightback to see England sneak the win.

Olivia Hompe bagged a hat-trick for her country, with all of them coming during their comeback and putting the match into overtime.

Megan Whittle then finished off the match with a golden goal for England to win 10-9.