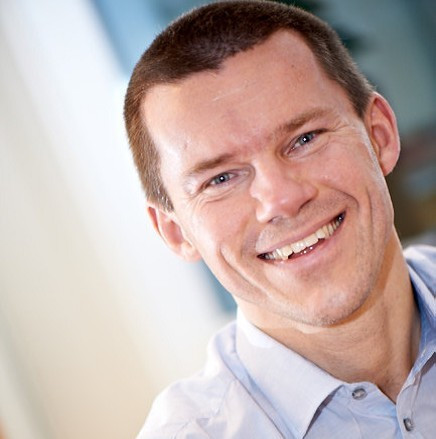 The Dane, speaking during a visit here to meet with members of the International Olympic Committee (IOC) and other top officials. admitted that he believes mistakes were made last year in the way they responded to the Russian doping crisis.

This does not relate to the basic decision itself to ban the world's largest country from the Paralympics, something he "fully agrees" with, but with the way they communicated with the IOC.

Resolving these problems will be a key priority if he is elected in a ballot taking place on September 8 in Abu Dhabi.

"Relations between the IOC and IPC is a very important issue because we had some damage to our relations on a more political level," the 47-year-old told insidethegames.

"I think, for the sake of athletes, we need to address this.

"I need to begin talking with [IOC President] Thomas Bach and others so we can bring back a good relation to the movement and cooperation."

Relations between Bach and outgoing IPC counterpart Sir Philip Craven have deteriorated in recent months after the latter's decision on Russia followed an IOC reluctance to consider any sort of blanket ban after evidence of state sponsored doping at events including the Sochi 2014 Winter Olympics and Paralympics.

Sir Philip did not attend the IOC Extraordinary Session here on Tuesday (July 11) and will cease to be an IOC member immediately after vacating the Presidency.

This means the Paralympic Movement will not be represented in the vote to confirm the 2024 and 2028 Olympic and Paralympic host cities on September 13 in Lima.

"I think we need to have our own decisions, but I think its important to look into the mirror," Petersson, a member of the IPC Governing Board, added.

"We should, at an earlier stage, have been in contact with IOC and maybe have spoken with them before we did.

"But, of course, if we came to another situation, I think we need to work and discuss the things before we send something out.

"But it should not be that because they are putting a lot of money into our organisation, that we should follow their decisions.

"We should not be put under pressure; we should be ourselves and an independent organisation.

"But of course we can make a partnership.

"In the future, we can build on this.

"There were some mistakes maybe in the relation in this time, and what was said to different persons and so on."

If elected in Abu Dhabi, he has pledged to immediately travel to Lima for the IOC Session.

He admitted it is frustrating that the IPC have so little say in the process to award Paris and Los Angeles the 2024 and 2028 Games because "it is important we are at the centre of discussions".

The Dane is locked in a four-horse race for the IPC position with Brazil's Andrew Parsons, Canada's Patrick Jarvis and China's Zhang Haidi.

Sir Philip is not eligible to stand after serving as President since 2001.

A 15-time Paralympic medallist and six-time champion, the former swimmer is also an active accountant and former executive director at Ernst & Young in Copenhagen.

The ex-European Paralympic Committee President is also standing for the IPC vice-president position.

Parsons, the current IPC vice-president, is generally seen as the front-runner.

But Petersson believes that being a former athlete, unlike the Brazilian, provides him with a "significant" advantage.

"I think I am as much of a favourite as him," he said.

"I am very known in the Paralympic family for my athletic career.

"Favourite or not favourite, it depends on who you ask."

Petersson plans to serve as President on a full-time basis and has listed improving sponsorship revenue and introducing more international youth competitions among his other priorities.

It follows the announcement that his campaign will be supported by TSE Consulting, the Lausanne-based firm owned by Burson-Marsteller headed by a Danish managing director in Lars Haue-Pedersen.

They will provide "communication and strategic advice" throughout his campaign.

Petersson, who has a congenital disability, explained how he has been overcoming barriers and proving people wrong throughout his life and wants to do this again in his IPC tilt.

"When I was born, in the 1970s in Denmark, if you were born like me, something was also wrong with your head," he told insidethegames.

He was initially sent to a school purely for disabled people before successfully securing a switch.

He then took up swimming as a means to keep fit after being confined to a wheelchair and unable to play other sports such as football.

"IPC is about more than just sport," he added.

"It is also about social inclusion.

"I can bring my experience of living in my body since birth to other athletes.

"This is one of the key factors why I want to become President."