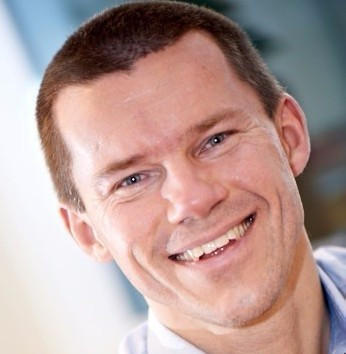 The Dane claims in his manifesto, entitled "Creating pulse in the Paralympic Movement", that he will "build on the positive development started" by Sir Philip and has vowed to "develop a new drive inside and outside the IPC that supports all family members to benefit more from it".

He also hopes to establish regional and sub-regional Paralympic Youth Games if he is elected and has pledged to maintain transparency and good governance in all aspects of decision making within the worldwide governing body.

Strength through unity and collaboration, greater youth development and building a "Paralympic family for all" are also among his crucial points.

Petersson, a member of the IPC Governing Board, is one of four candidates to replace Sir Philip, who has fulfilled his term limits having been elected in 2001.

IPC vice-president Andrew Parsons of Brazil, who unveiled his manifesto yesterday, Canada's Patrick Jarvis and China's Zhang Haidi are also in the running.

Parsons is also promising increased cooperation between the IPC and IOC if he is elected.

One of Petersson's main aims is to repair the relations between the IPC and the IOC, which have been strained in recent years after the two organisations opted to take a different course of action regarding Russia.

The IPC imposed a blanket ban on Russian athletes from competing at last year's Paralympic Games in Rio de Janeiro, while the IOC opted to defer decision on participation from the scandal-hit country to the respective International Federations.

The Russian Paralympic Committee remain suspended from the IPC.

Sir Philip warned last month that it would be "very unlikely" for Russia to compete at the Winter Paralympic Games in Pyeongchang next year if the suspension was not lifted by the IPC Governing Board meeting in September.

"We need to get the Russian Paralympic Committee back in the Paralympic Movement," Petersson told insidethegames.

The Dane, President of the EPC for eight years until he officially stood down at their Elective Assembly in Katowice last weekend, claims he will "establish a stronger working relationship between the IPC and IOC, with a strong Paralympic voice in this partnership".

"I will work to filter down this cooperation and its benefits to the sports and the National Paralympic Committees," Petersson writes in his manifesto, obtained by insidethegames.

Creating an "athlete-centered" classification system is another central theme of Petersson's manifesto.

Classification remains one of the main concerns within the Paralympic Movement.

Last August, prior to the Paralympic Games, the IPC said they had found no evidence of intentional misrepresentation - where an athlete or governing body attempts to cheat the system by gaining a more favourable classification -  in swimming after they conducted a "thorough examination" of 16 cases.

Earlier this year, a UK Athletics review into the classification of athletes revealed some concern that the system is "open to exploitation".

"From my own experience as a Paralympian, I understand the importance of fair competition," Petersson's manifesto states.

"The Paralympic Games must remain the highlight of the family.

"To ensure this, we need an athlete-focused classification system and constant improvement of our common fight against doping."

Petersson, 47, is a 15-time Paralympic medallist and six-time champion.

The former swimmer is also an active accountant and former executive director at Ernst & Young in Copenhagen.

He has served on the IPC Finance Committee since 2006.

"I think I can make a difference, with my experience as a businessman and in the Paralympic Movement," Petersson, who is also standing for the position of vice-president, said.

"I can contribute to this organisation with my financial experience and my experience with negotiations.

"I am ready to take on the competition.

"I have a lot of support and I think I have a great chance."