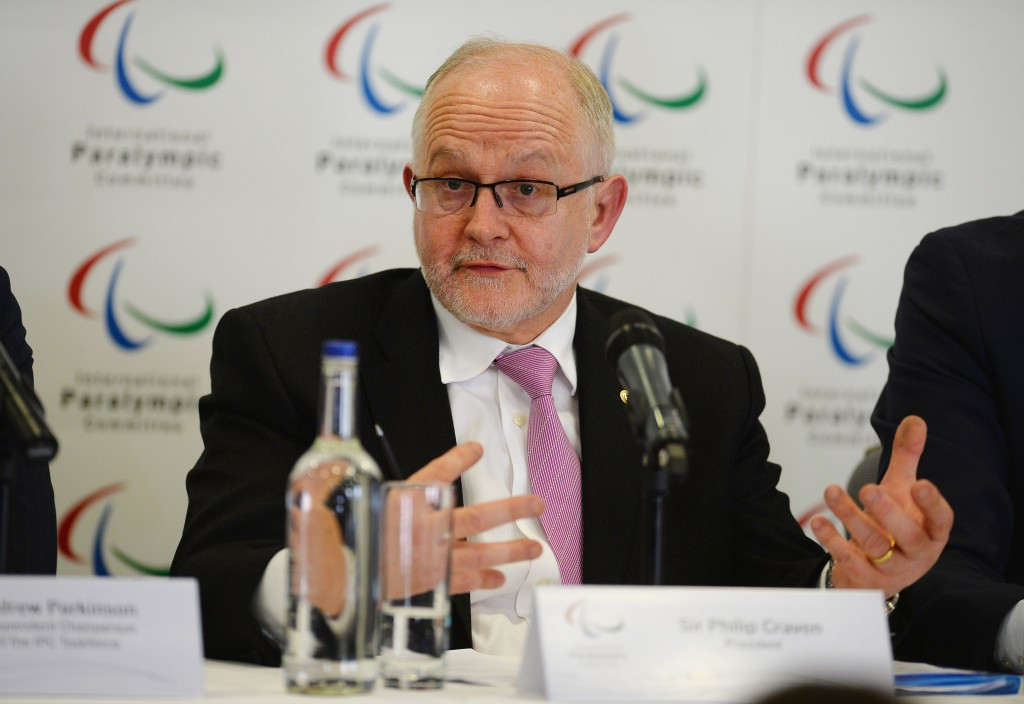 Applications were also taken for all other IPC Governing Board positions.

Contenders will not be formally announced, however, until they are reviewed and approved against the IPC's rules and regulations.

Candidates are not allowed to campaign or publicly reveal their interest until this process is completed.

A formal announcement is expected before the end of June.

Current IPC vice-president Andrew Parsons is currently seen as the front-runner after stepping down and being replaced as President of the  Brazilian Paralympic Committee President last month by Mizael Conrado.

New Zealand's four-time Paralympic champion swimmer Duane Kale is another possible candidate, although he may ultimately decide to run for the vice-president position instead.

An EPC General Assembly in Katowice in Poland, due to take place on June 16 and 17, could be the first key campaigning stage.

A vote is then scheduled to take place at the IPC General Assembly in Abu Dhabi on September 8.

It will see the election of just the third IPC President in the organisation's 28 year history.

The Briton, appointed an International Olympic Committee (IOC) member to represent the IPC in 2003, capitalised on a new constitutional structure introduced in 2005 which has led to his three four-year terms.

It allowed him to serve for 16 rather than 12 years.

Sir Philip's IOC membership is expected to cease as soon as he vacates the IPC role.

It means the IPC will not have a vote at the IOC Session in Lima on September 13 where the hosts of the 2024 and - probably - 2028 Olympic and Paralympic Games will be chosen out of Paris and Los Angeles.

Sir Philip will, though, still be eligible to attend an IOC Candidate City briefing on July 11 and 12 in Lausanne at which joint awarding plans are due to be discussed further.

Dealing with the ongoing suspension of the Russian Paralympic Committee (RPC) following evidence of institutional doping at Sochi 2014 is set to be the key challenge for the new IPC President.

A spokesperson confirmed to insidethegames today that the RPC will be barred from nominating any candidates for a Governing Board position due to its suspension imposed on the eve of Rio 2016.

A Russian individual could theoretically, however, be nominated by another IPC member.

There is currently no representative from the world's largest country on the 12-strong IPC Governing Board.