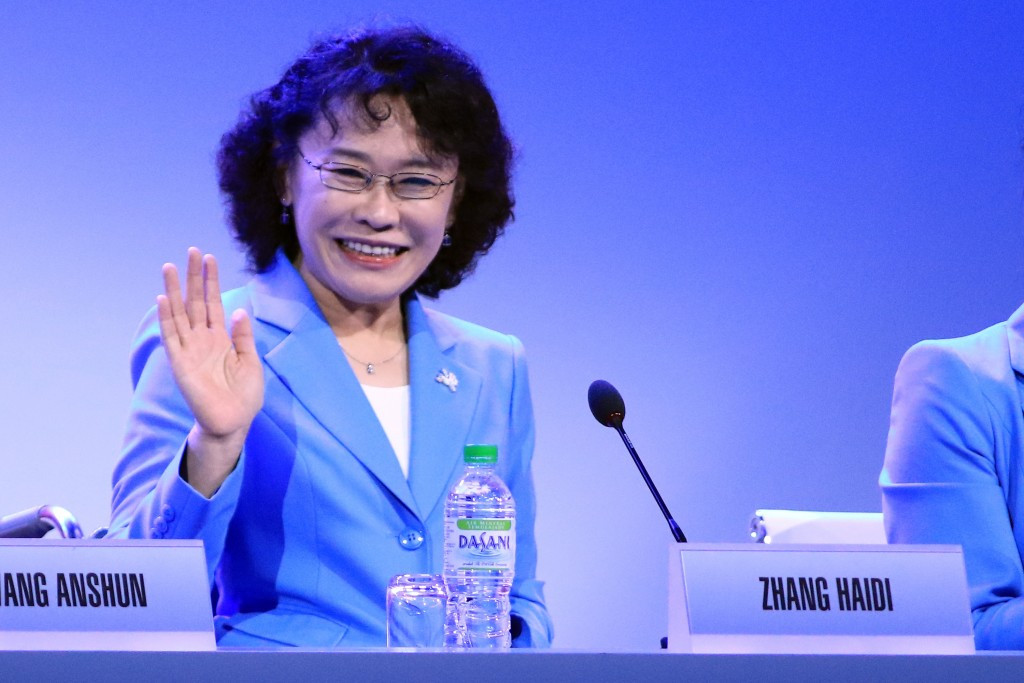 China's Zhang Haidi is standing to replace Sir Philip Craven as President of the International Paralympic Committee (IPC), it was announced today.

Zhang, chairperson of the China Disabled Persons' Federation, had not publicly announced her intention to stand for the role.

She joins Andrew Parsons of Brazil, Canada's Patrick Jarvis and Denmark's John Petersson, who had already declared they had been put forward.

Parsons, Jarvis and Petersson told insidethegames earlier this month that their applications had been submitted on their behalf by the June 7 deadline.

The IPC's announcement of those in the race to succeed Sir Philip, who has led the worldwide governing body since 2001, means formal campaigning can now officially begin.

A total of 23 candidates have been nominated to become members at large at the IPC.

"A total of 29 nominations have been approved by the IPC for 26 candidates and the IPC’s announcement effectively heralds the start of campaigning for the 12 positions available within the IPC Governing Board," the IPC said in a statement.

"All nominee applications have been reviewed by the IPC Credentials Commission against the criteria and conditions for nominations in accordance with the IPC rules and regulations.

Zhang is a well-known advocate of disability sport in China and is currently a vice-president of Beijing 2022.

The 62-year-old is also a writer, translator and inspirational speaker.

Parsons, a current IPC vice-president, had been widely expected to run after standing down last month as President of the Brazilian Paralympic Committee.

He is a member of the IOC Coordination Commission for the 2020 Olympic and Paralympics in Tokyo and also sits on the Olympic Channel Commission.

Parsons, a former President of the Americas Paralympic Committee, is expected to employ London-based strategic communications agency Vero to mastermind the media side of his campaign.

He is widely considered to be the favourite.

Petersson, a 15-time Paralympic medallist and six-time champion in swimming, is also an active accountant and former executive director at Ernst & Young in Copenhagen.

He has served on the IPC Finance Committee since 2006.

The winner will become just the third IPC President in the organisation's 28-year history.