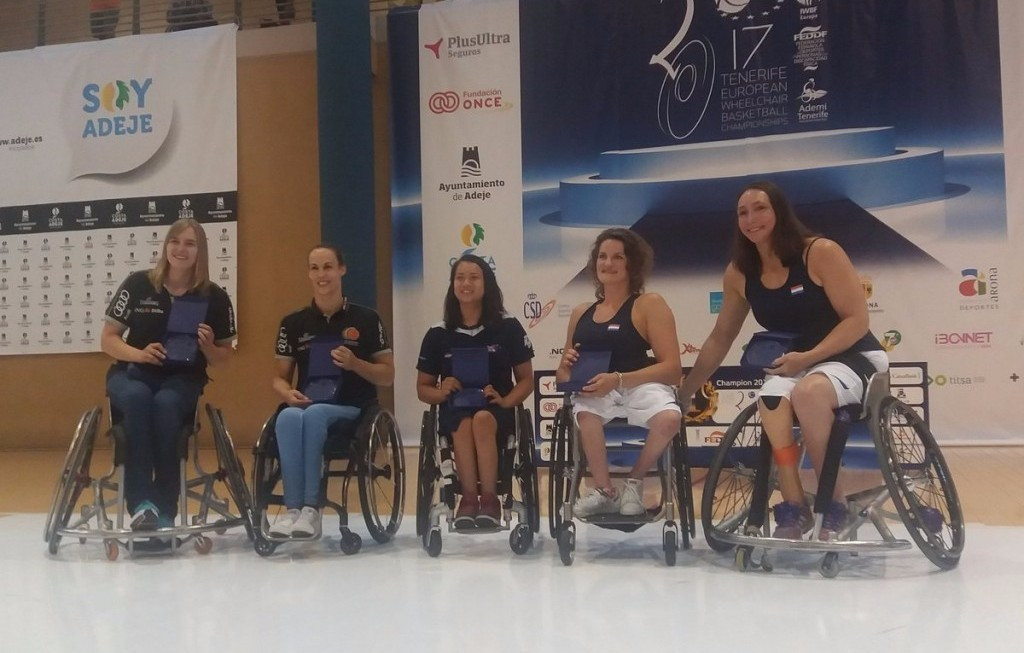 The Netherlands’ Mariska Beijer and Sweden’s Tobias Sandberg have been nominated for the International Paralympic Committee (IPC) Allianz Athlete of the Month Award for June.

Both athletes proved pivotal as they helped their respective teams to impressive results at European Championships during the month.

Beijer was the leading scorer at the European Wheelchair Basketball Championships in Tenerife, as the Netherlands secured the women’s title.

She scored 26 points during the competition, helping her team to regain the European title from rivals Germany, winning the final 61-56.

Sandberg was named as the most valuable player at the European Wheelchair Rugby Championship in Koblenz in Germany.

She scored 88 goals during the tournament as his team fell narrowly short of claiming the gold medal, losing 49-41 to Britain in the final.

Having finished in second place, Sweden secured qualification for the 2018 World Championships.

Tennis players Alfie Hewett of Britain and Japan’s Yui Kamiji have also been nominated for this month’s award.

Hewett earned his maiden Grand Slam title, with the 19-year-old coming from a set down to beat Argentina’s defending champion Gustavo Fernandez 0-6, 7-6, 6-2 in the men’s French Open final.

The women’s singles title was claimed by Kamiji as she defeated Germany's Sabine Ellerbrock 7-5, 6-4.

It was her second Grand Slam title of the year, extending a winning streak of 30 matches and seven consecutive titles.

The nominees are completed by Canada’s Brent Lakatos, who broke a seven-year-old world record when he won the men’s T53/54 1500 metres event at the World Para Athletics Grand Prix in Nottwil in Switzerland.

The public will now be able to vote for the winner until Tuesday (July 11), with the deadline passing as 12 noon Central European Summer Time.

American taekwondo player Evan Medell was the winner of the award in May.