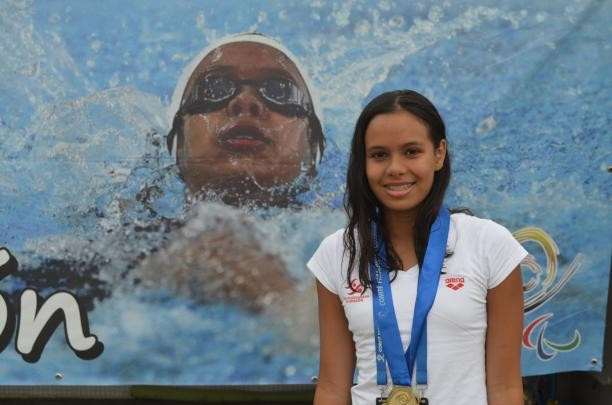 Maria Paula Barrera of Colombia has been named the Allianz International Paralympic Committee (IPC) Athlete of the Month for March.

The swimmer finished first with 59 per cent of the public vote and was followed by cyclist Joseph Berenyi of the United States, who was second with 36 per cent.

The Colombian was nominated after she enjoyed a stunning Youth Parapan American Games in the Brazilian city of São Paulo last month.

She won six swimming gold medals, one silver and one bronze to finish as her country's most decorated athlete at the event.

The 15-year-old arrived on the international scene when she won two golds and two bronzes at the Santiago 2014 Para South American Games.

One year later, she took part in a training camp in Brazil run by the Agitos Foundation, the development branch of the IPC.

He claimed three golds in the one kilometre time trial C3, team sprint C3 and the C1-3 scratch race.

Slovakian shooter Veronika Vadovicova was February's winner after she won all four of her events at the World Shooting Para Sport World Cup in Al Ain in the United Arab Emirates.

Nominations for the monthly award are decided after submissions by National Paralympic Committees and International Federations, before the public votes online.