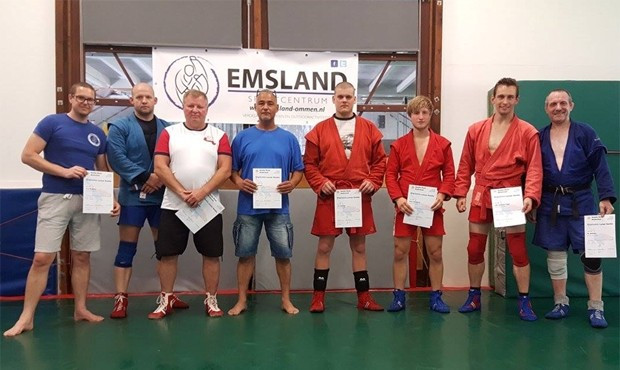 Instructor certificates have been handed out for the first time to eight sambo specialists in The Netherlands.

Bart Heerikhuizen, head of the Dutch Sambo Federation’s technical commission, gave out the documents during a ceremony to the group who have contributed to the sport’s development in the European country.

All eight of the group have been training in sambo for several years and have representing The Netherlands at international competitions.

“We all hope that these instructors will become a keystone for sambo development in The Netherlands,” Heerikhuizen said.

“Also, it is worth mentioning that besides these eight people, Maykel Claasen got his licence a few days later.

“He became the first Dutch person who successfully completed sambo training programme for referees and passed the exam.”