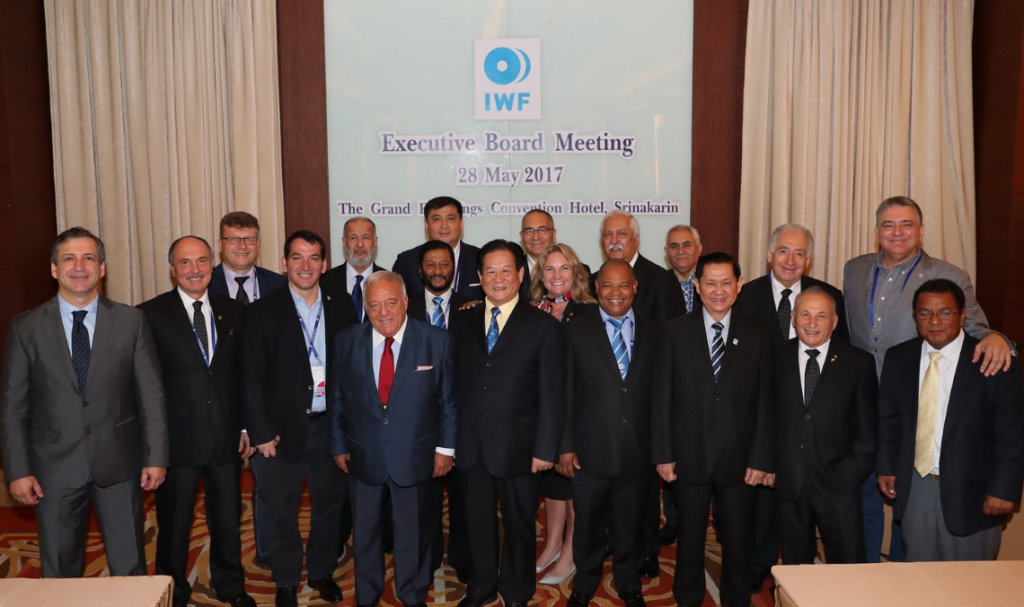 Tamás Aján has today been re-elected for a fifth term as President of the International Weightlifting Federation (IWF) after defeating main rival Antonio Urso in the vote here.

He won by 86 votes to 61 despite the Urso camp's pre-election confidence that they had enough support to win.

He will have been at the IWF for more than half-a-century when his latest four-year term ends in 2021.

The 78-year-old Hungarian was first elected to the IWF's Executive Board in 1970, becoming general secretary in 1976 and then President in 2000.

The original list of seven candidates was reduced to two when five men - Mohammed Yousef Al-Mana of Qatar, China's Ma Wenguang, Iranian Ali Moradi, Monico Puentevella of The Philippines and Romanian Nicu Vlad - withdrew to focus on other roles.

Aján will now set about protecting weightlifting's place on the Olympic programme while toughening the sport's stance against doping and revamping the Grand Prix series.

He has also pledged to establish women's weightlifting in all member nations.

Aján is an honorary member of the International Olympic Committee (IOC) and a Foundation Board member of the World Anti-Doping Agency and will use his status to help weightlifting through a tricky period.

Its future on the Olympic programme is due to be discussed by the IOC in September.

"The most important fact is that weightlifting has not only remained on the Olympic programme but has reconfirmed its permanent and respected status in the Summer Olympic Games," Aján said before the vote.

"Our relations with the IOC are close and mutually constructive."

Urso's team was devastated in defeat.

Sam Coffa, the Australian who was one of his close allies, lost his place as a vice-president.

Another Urso supporter, China's Ma Wenguang, was defeated in the voting for general secretary by Mohammed Jaloud of Iraq.

The first vice-president is Thailand's Maj Gen Intarat Yodbangtoey, who was unopposed.

Vice-president places went to Ursula Papandrea of the United States - the first female in that position in the IWF's 112-year history Vlad, Jose Quinones of Peru, Zhanat Tussupbekov of Kazakhstan and Petr Krol of the Czech Republic.

Phil Andrews, chief executive of USA Weightlifting, said: "Now it is time for us to become one behind Dr Aján and face the challenges and exciting opportunities this sport has."

Aján gave delegates a buoyant update on IWF affairs, and especially finances, before the vote.

Income was up on projections in the past four years, especially from marketing, which now accounts for more than a third of revenue.

The IWF operates a "conservative financial management approach" and will continue to hold large reserves, targeting $20 million (£15 million/€18 million) by the end of 2020, but the surplus means it will be able to increase spending by 30 per cent over the next Olympic cycle.

The IWF will be able "to ensure the continuity of the development and sport management activities even in bad times," said financial adviser Alain Siegrist.

There was scope to improve further, he said, highlighting a priority to boost communications and the sport's presence on social media.

"We have the resources, the means and the potential for further development," he said.

An anti-doping expenses bill of more than $3 million (£2 million/€2.5 million), not including salaries and travel expenses, was "disappointing but a reflection of the situation", said Siegrist, who pointed out that the percentage of income spent on anti-doping, at 17 per cent, was more than any other governing body.

"We must continue the fight," Aján, who put most of the blame on former Soviet Bloc countries, who were responsible for a large majority of those positive tests, said.

The results, he claimed, were "a clear sign that in a certain region of the world the use of forbidden performance-enhancing drugs used to be an integral part of the athletes' preparation".

"The IWF cannot be blamed for negligence," Aján said.

Improvements in detection analysis led to the positives, but before both those Olympics the IWF had carried out "the most widespread and comprehensive testing among all sports and had the samples analysed with the most sophisticated analytical methods then available," Aján claimed.

He added: "I am convinced that what happened will be a good lesson to all countries and I am sure that it will act as an excellent deterrent from cheating."