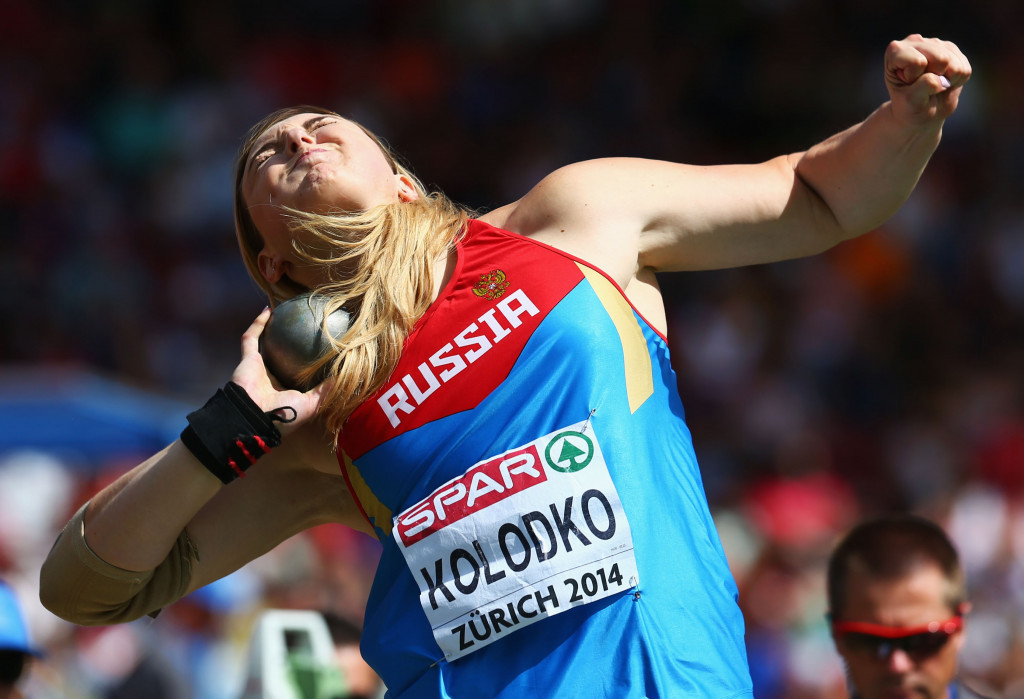 Five Russian athletes have all reportedly been handed two-year suspensions after pleading guilty in doping cases involving the London 2012 Olympics and the Moscow 2013 World Championships.

According to the TASS news agency, who cite a statement from the Russian Athletics Federation, the quintet includes sprinter Antonina Krivoshapka and shot putter Yevgenia Kolodko.

The former is now likely to be stripped of her 4x400m gold and individual 400m bronze medals from the 2013 World Championships.

If the Russian relay team are confirmed as having been disqualified by the International Association of Athletics Federations, a United States squad of Jessica Beard, Natasha Hastings, Ashley Spencer and Francena McCorory would be promoted to gold.

Britain would be upgraded to silver while France could take bronze.

Stephanie McPherson of Jamaica would be upgraded to individual bronze.

The Russian team also included Tatyana Firova, who has already been retrospectively disqualified from Beijing 2008 for doping.

Kolodko could lose a silver medal from the 2013 European Indoor Championships in Gothenburg.

Both Krivoshapka and Kolodko are reportedly due to be handed backdated two-year bans expiring in 2018.

Pole vaulter Dmitry Starodubtsev has also been suspended after being stripped of his fourth place finish at London 2012.

Discus thrower Vera Ganeyeva could also now be stripped of the gold medal she won at the 2013 Summer Universiade in Kazan.

Hammer thrower Anna Bulgakova, who followed a bronze medal at the 2012 European Championships in Helsinki with fifth place at the World Championships in Moscow the following year, completes the five.

New techniques provided by former Moscow Laboratory director Grigory Rodchenkov, who has since defected to the United States, can detect steroids in the body for far longer.