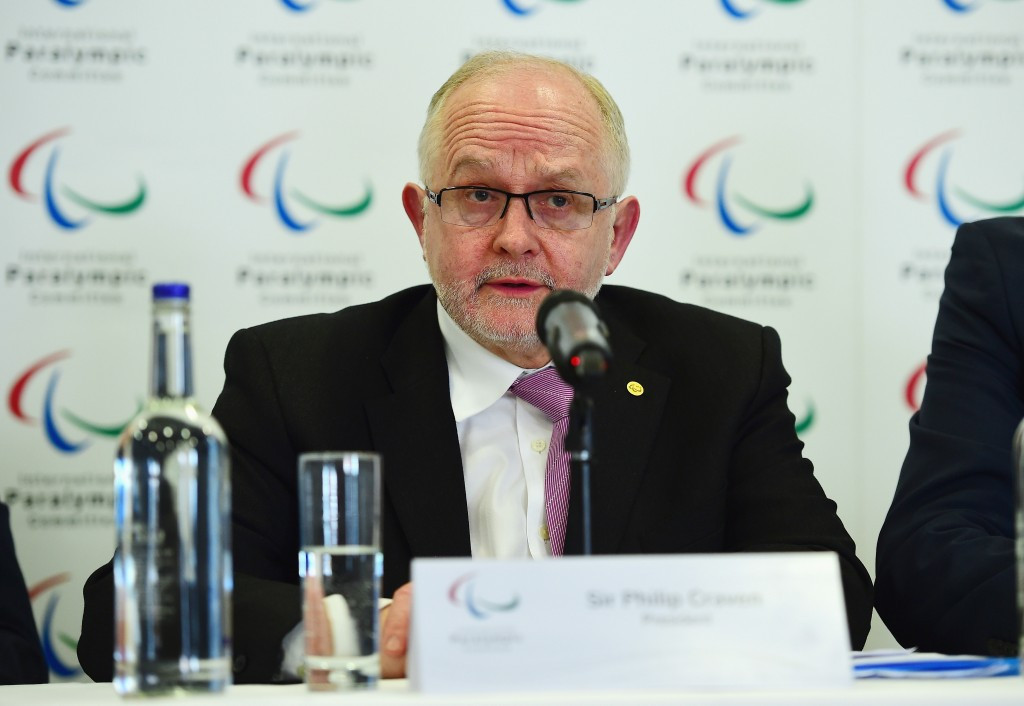 Russia's suspension by the International Paralympic Committee (IPC) will remain in place after a Taskforce said key criteria still needs to be resolved before they can be reinstated.

"With 291 days to go until the Pyeongchang 2018 Paralympic Winter Games, there is not a moment to waste," said Sir Philip here.

"The IPC Taskforce will next update the IPC Governing Board in September and if the obligations have not been fully met by then, it will be very difficult for the RPC to have its suspension lifted in time to enter its athletes into the Paralympic Winter Games.

"The principles that drove our decision last August have not changed.

"The IPC's duty as the Paralympic Movement's global governing body is to ensure fair competition so that athletes can have confidence that they are competing on a level playing field.

"This is vital to the integrity and credibility of Paralympic sport.

"Therefore meeting the reinstatement criteria is not just a simple tick box exercise for the RPC.

"As we have stressed all along, we must also witness cultural change in regard to anti-doping activities in Russia and, decisively, the RPC and Russian authorities must establish new processes in order to right the wrongs revealed by Professor McLaren's investigations.

"They must put measures in place to ensure that we never see such a deplorable abuse of sport and athletes again."

Sir Philip added that unless something dramatically changes in the next few weeks, Russia will not be able to enter its athletes into the 2017 World Para Athletics Championships in London.

Taskforce chair Andy Parkinson, British Rowing's chief executive, did stress the RPC have made good progress and is impressed with their enthusiasm and commitment to tackling the issue.

He claimed the IPC and RPC have a "good working relationship", with the organisations having met in December and May.

Several key criteria have not been met by the RPC, however, Parkinson revealed.

"A central requirement of the reinstatement criteria is the provision of an official response specifically and adequately addressing the findings made by Professor McLaren," he said.

"The evidence is quite clear: the problems identified were far beyond individual athlete violations and a doping system that was not strong enough to catch those athletes.

"Instead, the system itself and the institutions that support this system were operating with the objective of circumventing the very rules the system was responsible to uphold.

"Unless and until these problems are fully addressed, the Taskforce is of the view that there can be no meaningful change in culture, and it would be almost impossible for Russian Para-athletes to return to IPC-sanctioned competitions without jeopardising the integrity of those competitions.

"The issue of access to Para-athletes in closed cities has been a problem for many years and still remains unresolved.

"Finally, the issue of the reinstatement by WADA of RUSADA remains a key criterion for the RPC's reinstatement."

Parkinson claimed that the IPC were encouraged by news from last week's WADA Foundation Board meeting in Montreal that there is confidence the Russian Anti-Doping Agency (RUSADA) will have fulfilled the requirements laid out by the organisation by November.

Honorary International Olympic Committee member Vitaly Smirnov, appointed by Russian President Vladimir Putin to lead a Commission set up to look into the allegations against the country, has expressed his disappointment that the suspension remains.

"This news is of great regret and disappointment, because of the huge work of the Russian Paralympic Committee and WADA," he said, according to Russian newspaper Sport-Express.

"WADA itself notes that it appreciates the cooperation with the ROC and the Russian Paralympic Committee."

Smirnov is reportedly set to meet with Putin tomorrow to discuss the country's anti-doping efforts.