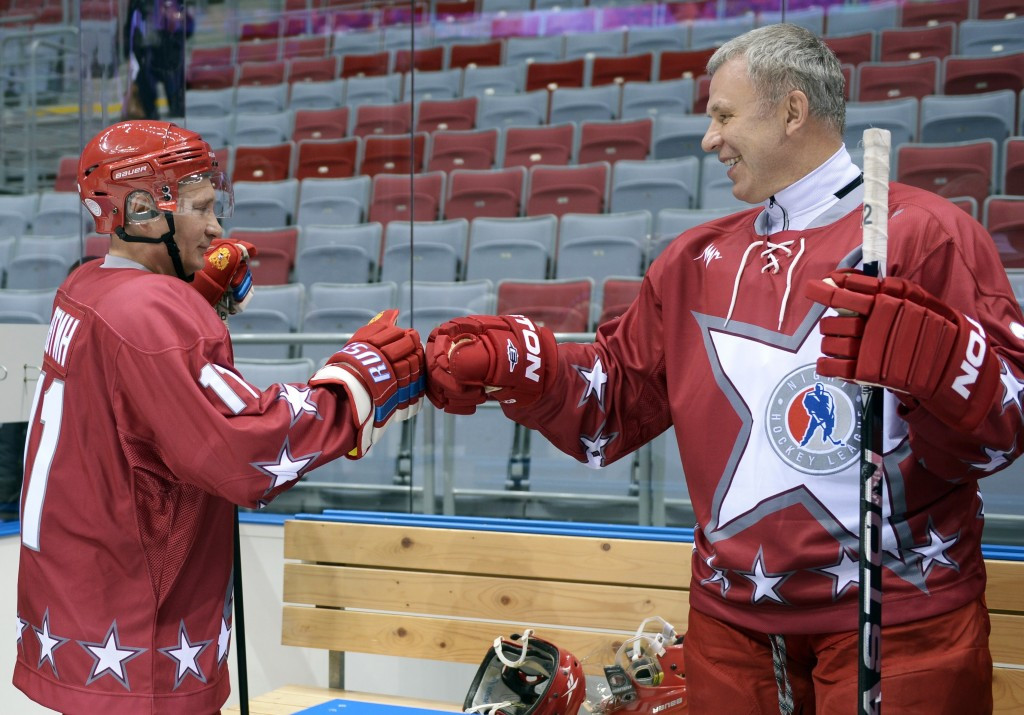 A delegation of Russian lawmakers headed by two-time Olympic gold medal-winning ice hockey player Vyacheslav Fetisov is set to travel to Germany next week to discuss ways of accelerating the reinstatement of the country’s membership in the International Paralympic Committee (IPC).

Fetisov, who helped the Soviet Union to Winter Olympic success at Sarajevo 1984 and Calgary 1988, revealed the planned trip in an interview with TASS.

The deputy head of the Russian State Duma Committee on Physical Culture, Sport, Tourism and Youth Affairs said the talks would be attended by IPC President Sir Philip Craven.

Earlier this week, an IPC Taskforce led by British Rowing chief executive Andy Parkinson said Russia's ban from competition should continue because the country is turning a blind eye to claims of a doping cover-up.

Craig Spence, spokesman for the German city Bonn-based IPC, said the global governing body for the Paralympic Movement is looking forward to meeting the Russian lawmakers, with a date for it due to be "scheduled shortly".

"The IPC and IPC Taskforce welcome all opportunities to work with and assist the Russian Paralympic Committee (RPC) in order for it to meet its reinstatement criteria and have its IPC membership restored as soon as is meaningfully possible," he said.

"The meeting with the Russian State Duma representatives will be led by Andy Parkinson, chairperson of the IPC Taskforce, together with other members of the IPC, including President Sir Philip Craven.

"Our hope is to discuss ways in which the State Duma representatives might be able to assist the RPC in fulfilling all of its IPC membership obligations."

Russia was suspended from all IPC-organised events, including the 2016 Paralympic Games in Rio de Janeiro, after the World Anti-Doping Agency-commissioned McLaren Report claimed they had manipulated the testing programme to hide doping failures by home athletes at events including the Sochi 2014 Paralympics.

But according to a report from the IPC Taskforce, which has been working with the RPC, officials have not "specifically addressed'' Canadian lawyer Richard McLaren's findings, either by accepting them or "properly rebutting'' them.

The Taskforce has therefore unanimously recommended the suspension stays in place, with the report expressing its concern at Russia's lack of decisive action before the Pyeongchang 2018 Paralympics.

Parkinson did note "various positive developments" since the Taskforce begun its work however, including the establishment of a "positive working relationship and dialogue" with the RPC.

Earlier this month, RPC secretary general Andrei Strokin claimed a final decision might not be made on whether Russia will be allowed to compete at Pyeongchang 2018 until just a month before the Games begin.

Speaking to TASS, Strokin said a request could be made to the IPC for a bilateral invitation in January next year.

From there, a decision would be made on February 1, 2018, on whether the invitations have been accepted, with the Opening Ceremony of Pyeongchang 2018 due to take place on March 9.

Last month, RPC bosses presented what they are doing in order to meet the criteria, but IPC chief Sir Philip confirmed the suspension will remain, despite being encouraged by the steps taken.