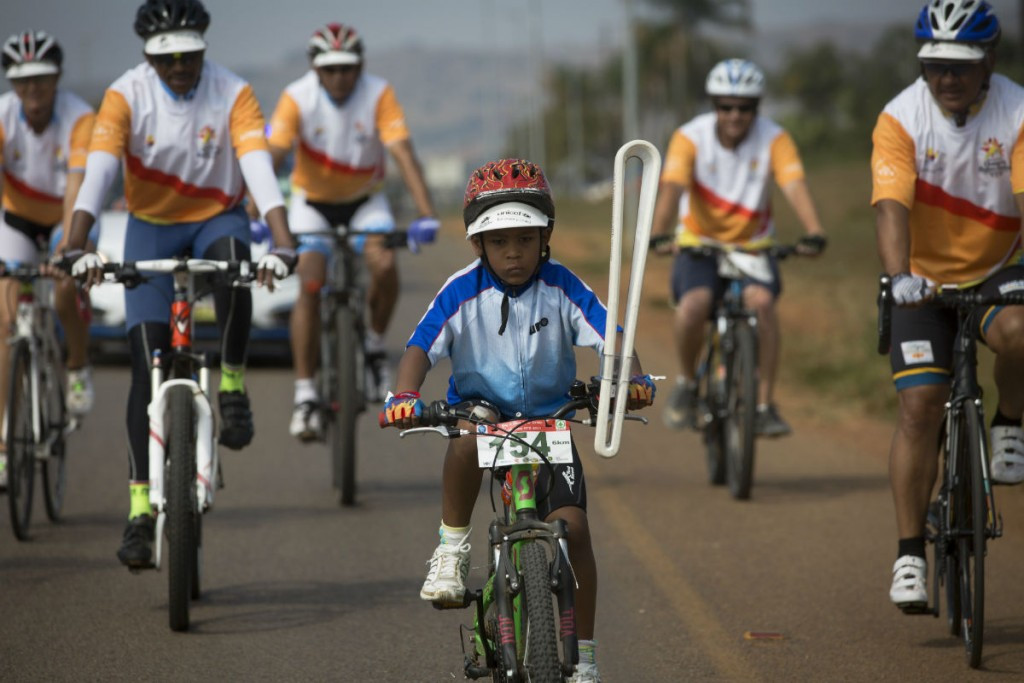 Swaziland and Lesotho have become the latest African nations to welcome the Gold Coast 2018 Queen's Baton, with South Africa now acting as the final stop on its tour of the continent.

The Baton arrived in Swaziland on May 8 and spent four days in the country, including a visit to Queen Mother Ntfombi.

Paul Dlamini, the acting President of Swaziland, was also included in the celebrations across the nation.

The Baton was relayed by Para-athletes, sprinters, road cyclists, mountain bikers, motorbikes and horses through the streets of Lobamba, before spending an afternoon with children at the Olympafrica complex.

It would also travel to the Prince of Wales Stadium, where it was greeted by hundreds of children.

A visit to the New Hope Centre on Bethlehem Mountain and the children's ward at the Government Hospital was also included in the itinerary.

The team are hopeful of securing Swaziland's first medal since the Melbourne 2006 Commonwealth Games when they take to the track next year in Gold Coast.

"We hope to make the finals on the Gold Coast," said Matsejwa.

"Our main rivals are the South Africans and the Jamaicans but anything is possible once you make the finals.

"We're all so grateful to be part of Team Swaziland to go to the Gold Coast 2018 Commonwealth Games.

"In Glasgow, they showed us pictures of the city of Gold Coast; the beautiful city, the golden city, so I can't wait.

"It's every athlete's dream to be at that city in Australia for the Games."

From Swaziland, the Baton headed to Lesotho's capital city Maseru.

It would spend time at Olympafrica, where a specially arranged sports day was held and attracted large numbers of children.

Elite athletes were also present at the event, which saw traditional and modern dancing take place as well as sporting activities.

The Baton is now in South Africa, where it will remain until its African tour ends on May 20.

The Baton Relay began at Buckingham Palace in London at the start of March, before heading to Sierra Leone, Ghana and Rwanda.

Uganda, Cameroon, Nigeria and Kenya were the next countries visited, before the Baton headed to Tanzania, Seychelles, Mauritius, Malawi, Zambia, Namibia and Botswana.

When the Baton Relay concludes its tour of Africa, it will head to Trinidad and Tobago to begin the Caribbean leg of its journey.