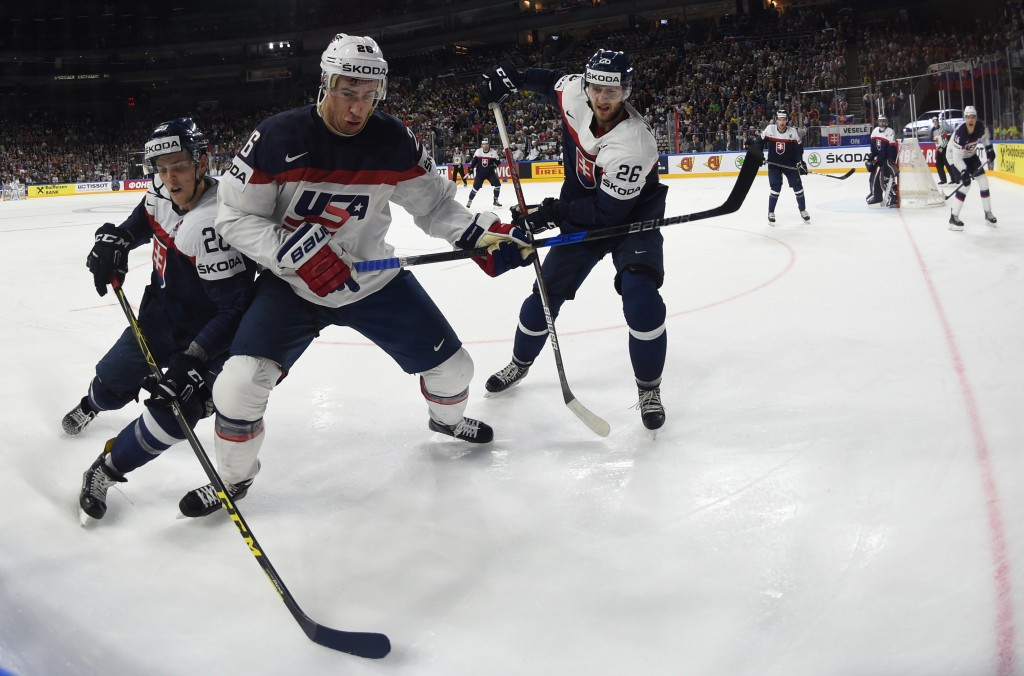 United States thrashed Slovakia 6-1 to move to the top of Group A at the International Ice Hockey Federation (IIHF) World Championships.

The Americans, who lost their opening pool game 2-1 to hosts Germany at Cologne's LANXESS Arena, have now won five matches in a row to ease through to the quarter-finals.

Clayton Keller scored his sixth goal of the tournament to give the US a 1-0 lead at the end of the first period.

Johnny Gaudreau scored the first of his two goals to double the advantage, before Martin Gernat netted on the rebound for Slovakia to bring them back into the contest.

Slovakia threatened to complete their comeback but Christian Dvorak combined with Gaudreau to give the Americans a two-goal cushion again.

Jacob Trouba then fired past Julius Hudacek for the fourth with Gaudreau finding the target again for number five.

Anders Lee added some extra gloss to the scoreline with eliminated Slovakia slipping to a third defeat of the tournament.

The Americans will play undefeated Russia in their last group match on May 16, which will likely decide the group winners.

"Slovakia is a well structured team and hard to play against," US head coach Jeff Blashill said.

"One thing we have to clean up is puck management and turning pucks over."

In the second game in Cologne today, Sweden beat Denmark 4-2 to clinch a quarter-final spot.

In Group B in Paris, hosts France lost 5-2 to Czech Republic at the AccorHotels Arena with their hopes of going through suffering a blow.

Elsewhere in the group, Switzerland blew a 2-0 lead to lose 3-2 to Finland in overtime.