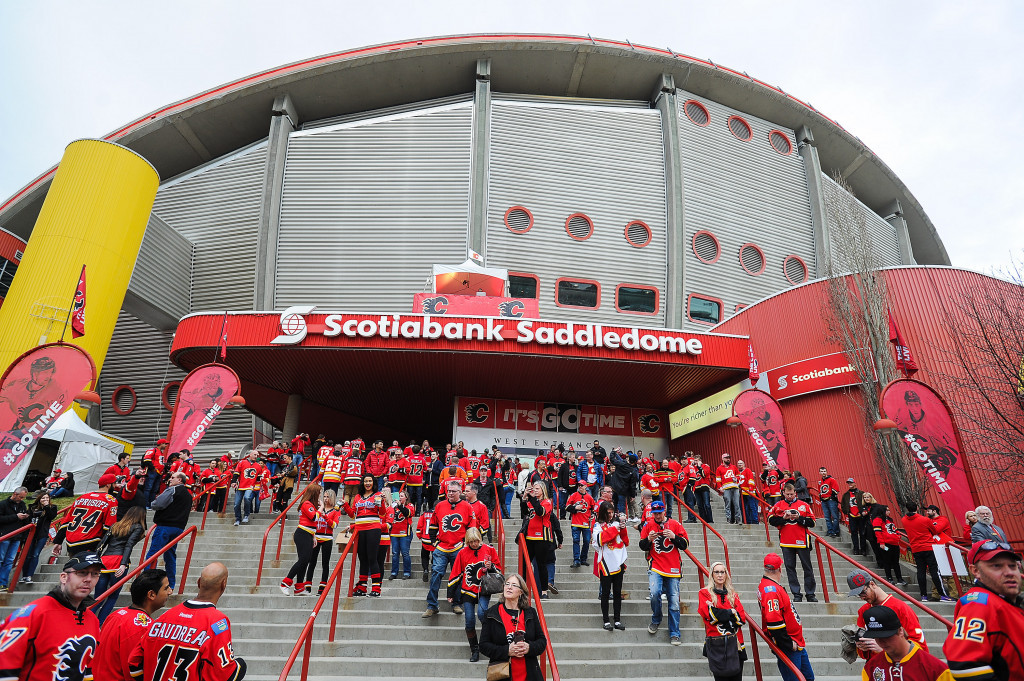 Calgary's Bid Exploration Committee (CBEC) claim the city would need two full-sized arenas in order to host the 2026 Winter Olympic and Paralympic Games and can reduce costs by using clusters of venues.

The CBEC, chaired by former police chief Rick Hanson, has given an update on their work as they continue to look into a possible bid.

Calgary already has one major sports arena, the Scotiabank Saddledome, a key venue used when the Canadian city last hosted the Winter Olympics in 1988.

The CBEC have admitted, however, that they would require another arena to be able to stage the event for a second time.

A project entitled CalgaryNEXT remains in the pipeline after the City Council refused to label the plans as dead.

The Council also voted to continue to explore an arena replacement in Victoria Park, located just north of the Saddledome.

"You do require two full-sized arenas to host the Games.

"We're not going to pretend we're blind to the debate that's going on.

"All we can identify is the fact we're going to need two arenas.

"How that plays out, we'll find out down the road like everybody else."

The CBEC also said they had calculated an average cost of CAD$3.2 billion (£1.8 billion/$2.3 billion/€2.1 billion) to stage the Winter Olympics.

The Committee conducted an analysis based on previous Games - Vancouver 2010, Turin 2006 and Salt Lake City 2002.

They claimed Sochi 2014 was an "outlier" and not comparable to a bid from Calgary due to the cost of the event in the Russian city, thought to be around $51 billion (£39 billion/€47 billion).

The $3.2 billion figure includes a CAD$1.5 billion (£851 million/$1.1 billion/€1 billion) spend on facilities but Hanson insisted their infrastructure cost would be "nowhere near" that amount due to the quality of the existing venues in the city.

Hanson claimed facilities used at Calgary 1988 have largely been well maintained and would therefore not require significant investment for upgrades and refurbishment.

A total of CAD$1.5 billion has been spent on security at previous editions but the CBEC are confident "clustering" venues around the city would help reduce costs in that area.

"You can really reduce your security costs as opposed to when you have venues all over a geographic area," added Hanson.

The CBEC are due to publish a full report in July.

Kazakh city Almaty could be among the candidates for the 2026 race, along with Erzurum in Turkey.

Sion has already been confirmed as the Swiss candidate for the Games, but are expected to face the challenge of a referendum.

Innsbruck, which hosted the Winter Olympics in 1964 and 1976, are also considering bidding.

Stockholm's potential bid is hanging by a thread after the city's politicians shelved plans to enter the 2026 race.

The Swedish Olympic Committee remain keen to launch an attempt at securing the hosting rights for the 2026 Games, however.