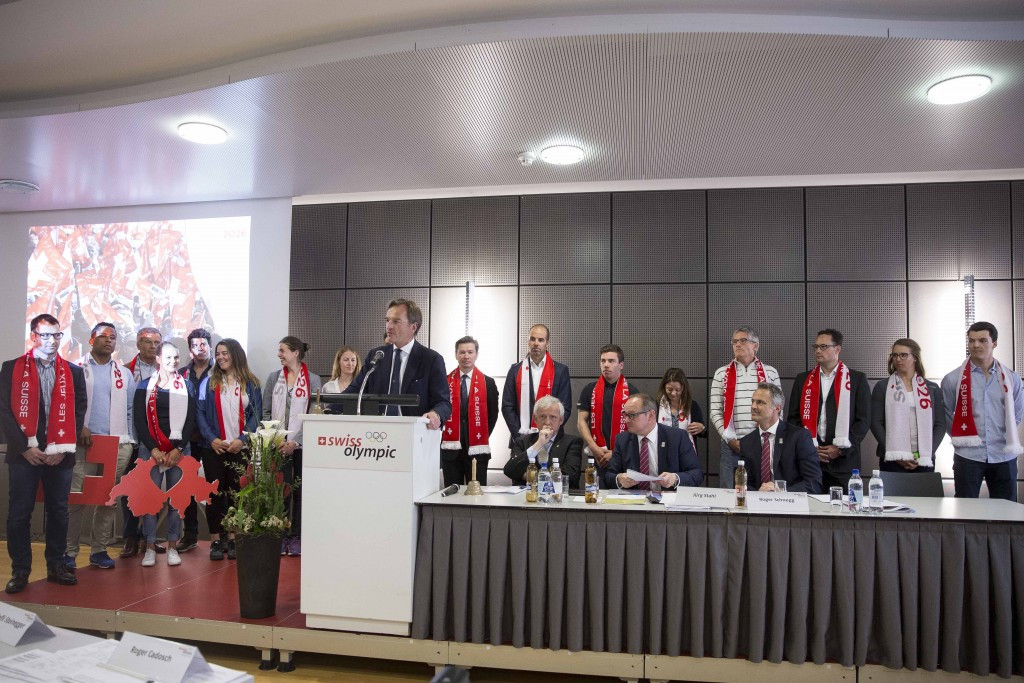 Sion has been confirmed as the Swiss candidate for the 2026 Winter Olympic and Paralympic Games.

The city's bid was unanimously rubber-stamped today by the Parliament of Sport, the highest authority for sport in Switzerland, in Ittigen.

It means that Sion, the capital of the canton of Valais, will bid for the Winter Olympics for a fourth time.

The city in the south-west of the country was first nominated as a candidate for the Games on March 7 by Swiss Olympic.

It followed the collapse of another potential bid from the canton of Graubünden, following a referendum defeat.

Approval was still required by the Parliament comprised of the 86 Member Federations of Swiss Olympic.

This proved to be a formality as all 86 voted in favour of the decision last month.

In addition, the Parliament confirmed the intention of Swiss Olympic to contribute CHF8 million (£6.3 million/$7.9 million/€7.5 million) to the bid budget.

This will be one third of what is thought to be required.

Swiss sport stars such as ski cross world champion Fanny Smith and Olympic downhill gold medallist Didier Défago were in attendance at the Parliament to support the bid.

Swiss International Olympic Committee members Patrick Baumann and Gian-Franco Kasper, President of the International Ski Federation and  Global Association of International Sport Federations respectively, were among those who attended the meeting and supported the bid.

Jürg Stahl, President of Swiss Olympic, said: "This clear message from Swiss sport is very important to us.

"It shows that the foundations of the Sion 2026 project are solid.

"It is also important to us as we are entering the next stage of the project, which is to gather Federal support.

"We are extremely grateful to be able to count on the support of these athletes, it is also with them that we will be able to explain to our population why we believe that the Games in Switzerland is a great idea."

Five projects were initially in the running to be the Swiss bid for 2026.

Now, organisers say they will enter a "new phase" which will include a submission to the Swiss Government this Autumn.

The budget will be a key topic while preparation for an international campaign can also begin.

The date to officially confirm the bid to the International Olympic Committee (IOC) is yet to be confirmed.

"The process put in place by Swiss Olympic enabled us to work under strict but constructive conditions, allowing us to be creative," said Jean-Philippe Rochat, President of Sion 2026.

"We are very thankful for the trust that the Swiss sports world has shown to us today.

"We are fully aware of our responsibilities: sport is, and will remain, at the heart of our project."

The vote coincided with the Salt Lake City 2002 bribery scandal, which had been sparked by Swiss IOC member Marc Hodler.

He accused the United States city of using bribery to win its bid, where the defeated cities included Sion.

The scandal led to the expulsion of six IOC members.

The American city later withdrew following a referendum and the Games were held in Innsbruck instead.

Switzerland has not hosted the Winter Olympics since St Moritz, which is part of Graubünden, did so in 1948.

It remains to be seen if a public referendum will also be held on the Sion bid.

If the Swiss bid is successful, it will see the Games held in the home country of the IOC, which is based in Lausanne.

The Olympic capital will host the Winter Youth Olympic Games in 2020 while another Swiss city, Lucerne, will stage the 2021 Winter Universiade.

Innsbruck are also considering bidding for the 2026 Winter Olympics and could be joined by Sapporo and Calgary, which hosted the Games in 1972 and 1988 respectively.

Erzurum in Turkey could be another candidate.

Pyeongchang are hosting the 2018 Winter Olympic and Paralympic Games and Beijing are due to play host in 2022.