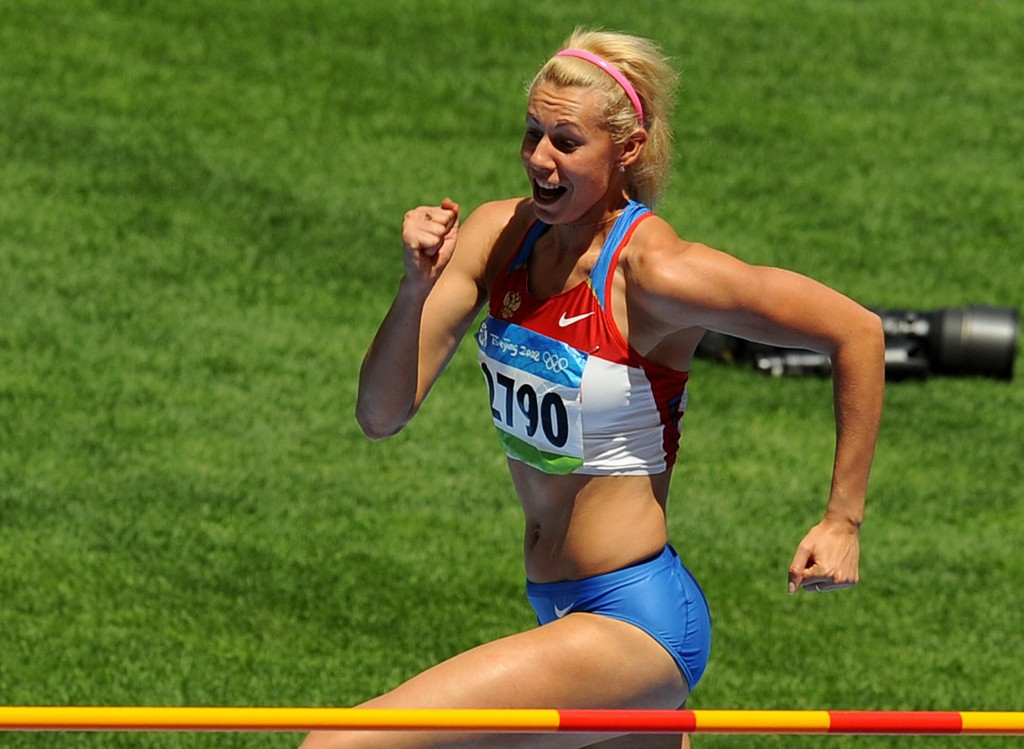 Tatyana Chernova has been stripped of the bronze medal she won at the Beijing Olympics after re-analysis of samples submitted in the Chinese capital tested positive for anabolic steroid turinabol.

The heptathlete has already been stripped of her 2011 world title and the Olympic bronze medal she won at London 2012 for doping.

This was confirmed earlier this month after she proved unable to overturn a conviction based on biological passport abnormalities following an appeal to the Court of Arbitration for Sport (CAS).

She also failed a separate test for the same substance in January 2015.

"The Russian Olympic Committee shall notably secure the return to the IOC, as soon as possible, of the bronze medal, the medallist pin and the diploma awarded in connection with the women's heptathlon event to the athlete.

The latest result change means Britain's Kelly Sotherton should be upgraded to bronze.

Sotherton, who also took heptathlon bronze at Athens 2004, is also part of the British women's 4x400m relay team set to be upgraded to third place in Beijing after the disqualification of Russia and Belarus.

Chernova is one of two more Russians disqualified from the Beijing and London Games today as the IOC retesting process continues.

This means Russia have been stripped of their fifth place finish in the men's 4x400 metres relay at London 2012.

Dyldin was also part of the Russian team which initially finished third in the men's 4x400m relay at Beijing 2008.

But they have already been disqualified after a failed retest by another team member in Denis Alekseyev.

Dyldin, 29, also failed for turinabol, but is already serving a four year suspension after the International Association of Athletics Federations announced in February that he would be ineligible until 2021 after refusing to participate in drugs tests.

The two have each been caught thanks to new techniques provided by former Moscow Laboratory director Grigory Rodchenkov, who has since defected to the United States, which can detect steroids in the body for far longer.

It comes on the same day as the Court of Arbitration for Sport (CAS) ruled in favour of Russian marathon runner Albina Mayorova receiving a four-year ban after failing a test last year testosterone.