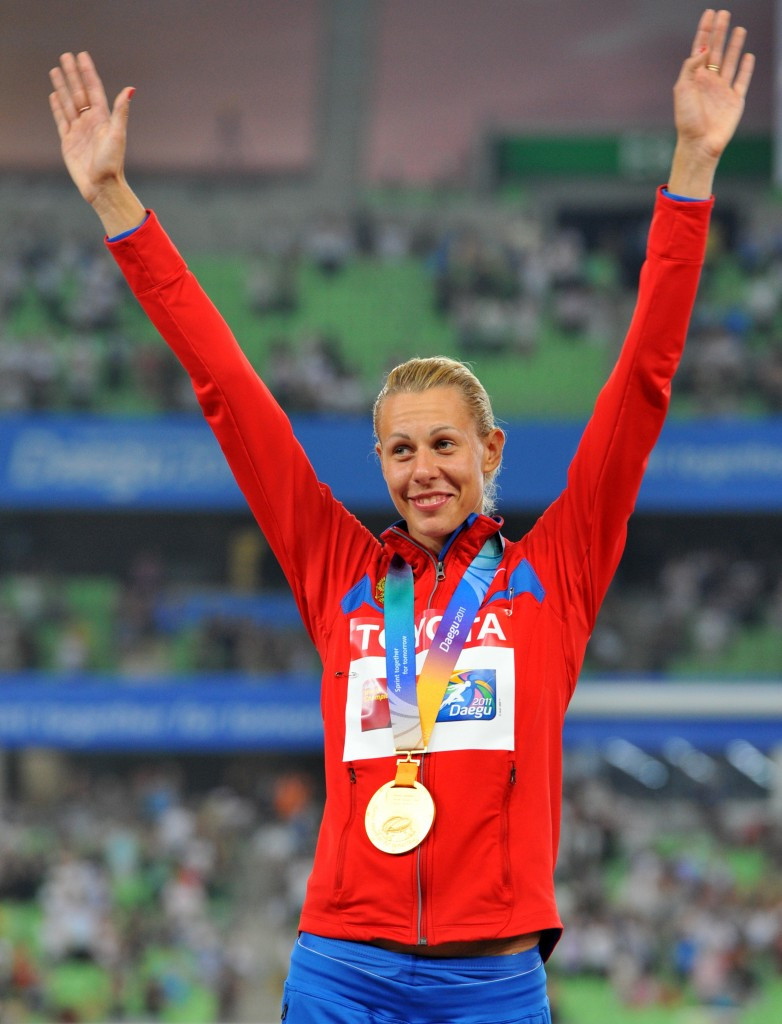 Russian heptathlete Tatyana Chernova will be stripped of her 2011 world title and the Olympic bronze medal she won at London 2012 for doping, the Court of Arbitration for Sport (CAS) has ruled today.

The 28-year-old has also been banned for three years and eight months following analysis of her athlete biological passport (ABP).

This followed the retesting of a sample from the 2009 International Association of Athletics Federations (IAAF) World Championships in Berlin in 2013.

This meant she lost a pentathlon bronze medal won at the 2010 World Indoor Championships in Doha but she crucially hung onto her 2011 World Championship gold, won in Daegu in South Korea on August 30, 2011.

A second doping case was opened against Chernova in February of this year with the IAAF referring the case to CAS to act as a first instance decision making authority.

This is due to the suspension of the All-Russia Athletics Federation due to the country's alleged state-sponsored doping scheme.

Her previous RUSADA-issued suspension will be deducted from the ban handed out today by CAS.

Jennifer Oeser of Germany should move up to second with Karolina Tymińska of Poland taking bronze.

The Russian also won the Universiade title on home soil in Kazan on July 11, 2013, which will now be passed to Lithuanian silver medallist Viktorija Zemaityte.

Two other cases against Russian athletes were ruled on by the CAS today after ABP analysis.

Ekaterina Sharmina has been banned for three years, beginning on December 7, 2015.

A two-year ban has been issued to fellow middle-distance runner Kristina Ugarova, whose results between June 26, 2012 and December 25, 2012 have been cancelled.

Ugarova was mentioned in an ARD investigation looking into Russian doping last year.

Today's news comes with the IAAF meeting in Monaco for Congress this week, where Russian reinstatement to the international fold will be discussed.